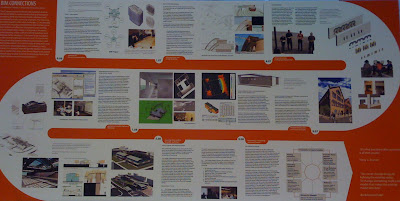 
2009 NCARB Prize for Creative Integration of Practice and Education in the Academy goes to BAC Practice.

Both entries and jurors were divided into two groups based on regional location. Each team evaluated a set of anonymous submissions and selected finalists, which were then reviewed by the entire jury. The jury’s decision was announced during the Association of Collegiate Schools of Architecture (ACSA) Annual Meeting Awards Ceremony, 27 March 2009 in Portland, OR.

NCARB is the National Council of Architecture Registration Boards. The NCARB Prize supports combined practice and education projects at the university level. Submissions must represent unique efforts to integrate education and practice initiatives while allowing students to earn academic credit. Architecture schools with NAAB-accredited degree programs are invited to submit established projects, completed or in progress by the end of the Fall 2008 term, that exemplify the merging of education with practice.
Honors and Awards Practice