May 03, 2009
We are delighted to announce the following Atelier election results for the BAC 2009-2010 Academic calendar year:

President-Elect, Stephen Messinger is a Master of 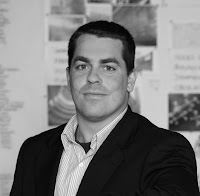 Architecture candidate at the BAC where he is currently serving as student government Vice President as well as Project Director for the Team Boston entry in the 2009 Solar Decathlon. Much of Stephen's early design career has concentrated on using thoughtful design to improve the planet. As a practicing LEED AP, Stephen currently teaches a LEED training course at KlingStubbins where he serves as a Revit Manager and junior designer. In his "free time" he plays soccer, bikes, hikes, and skis, takes photographs, and travels.

Since 2005, Bill has been working on a Bachelor of Architecture degree at the BAC. Prior to running for Atelier's Vice President position, Bill has been involved in the AIAS-BAC chapter as President, member of the Freedom by Design Committee, as well as the AIAS-BAC Outreach Project Manager.

Bill writes, "Senior year of high school on our last day, the principal gathered all of the seniors into the cafeteria and asked us to fill out a quick survey. The survey asked us what we were planning to do after graduation. I quickly scanned down the sheet of the paper and circled; "Full-time college/university" and then "Full-time employment" and then "Military Reserve." For kicks I circled "Other" as well. Since that last day of high school in 2004 I have dived head first into a lifestyle that constantly seeks balance and welcomes a good challenge."

Arlen's introduction to architecture came through an apprenticeship for a master carpenter in his hometown in the Berkshires. Using various skills and tools to renovate a house, he was exposed to the different phases of the construction process. Arlen has also gained exposure to the engineering field doing septic design, surveying, and analysis of property boundaries and county layouts. His experiences have taught him how to communicate effectively with designers, contractors, and developers.

He is one of the first graduates of the Architectural Technology Program at Springfield Technical Community College. The Boston Architectural College's unique concurrent curriculum, expedition of the licensure process, and challenge of design studios attracted him to this institution. Recently, with the assistance of the Glassman Bailey Traveling Scholarship; Arlen was given the opportunity to travel and study abroad in Paris in July, 2008. This trip allowed him to explore and experience European architecture and culture. With an appreciation of rural and natural landscapes, Arlen strives towards sustainable design.

Arlen works at Goody Clancy where he collaborates with architects and consultants on academic, civic, and institutional projects currently in the construction administration phase.

Levi Tofias is a Master of Architecture student and is working at PRA Architects in Cambridge, MA. He received his bachelors degree in Sociology from Skidmore College in Saratoga Springs, NY, where he studied a wide range of subjects and became interested in architecture while curating an exhibit in the Tang Art Museum designed by Antoine Predock. As a Student Representative in Atelier last year, Levi strengthened the LoftArt Project and explored ways that art could be used to engage students and the BAC community at large. As Secretary, I hope to continue to improve communication methods and avenues in order to enable community involvement and participation. 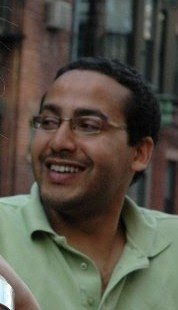 Essa is an Architectural Designer in an engineering firm called STV Inc. Essa started the Master of Architecture program at the BAC in Spring of 2007 after receiving his Bachelor of Architectural Engineering, with a Major in public buildings, from the University of Alexandria in Egypt. Essa is happy to admit that he as survived two winters in Boston. His hobbies include (but are not limited to) traveling, outdoor activities and social gatherings.

Currently, as a third year Bachelor of Architecture student, Kyle is the Treasurer of the AIAS-BAC Chapter and Freedom by Design. Recently, Kyle was elected and will serve as the Chapter President of the AIAS-BAC along side serving as an Atelier Student Representative for the 2009-2010 school year. Kyle's love of architecture and design began early on. He believes students at the BAC have a huge opportunity and can impact society through design. Kyle believes that students who focus on what they can provide to society-to improve the lives of people, will be the most relevant.

Student Representative-Elect, Josh Castellano
Josh is a candidate for Bachelor's of Architecture at The BAC. He comes from a family of architects, carpenters and masons. His particular interest in architecture lies in the influence it has shaping our society.

His ever expanding list of extracurricular activities and interests include crew, painting, robotics, software development and writing.

Student Representative-Elect, Alexandra Kontsevaia
“We cannot discover new oceans unless we have the courage to lose sight of the shore."~André Gide.

Alexandra's admiration with architecture began when she moved to Prague from Belarus, because the city had an amazing flow between historic and modern architecture. She began her Bachelor of Architecture during the Fall of 2006 at the BAC, and currently works for Antonio Di Mambro + Associates, an Urban Planning/Architecture firm in Boston.
Atelier-Your Student Government Student Organizations