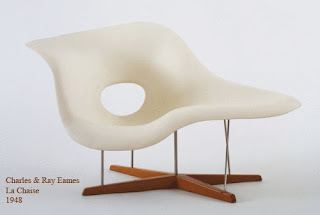 At mid-century MoMA played a leading role in the definition and dissemination of so-called Good Design, a concept that took shape in the 1930s and emerged with new relevance in the decades following World War II. This installation presents selections from MoMA's design collection that illuminate the primary values of Good Design as promoted (and disputed) by museums, design councils, and department stores. Iconic pieces by designers like Charles and Ray Eames and Hans Wegner are shown alongside more unexpected items, such as a hunting bow and a plumb bob, as well as everyday objects including an iron, a hamper, a rake, a cheese slicer, and Tupperware.