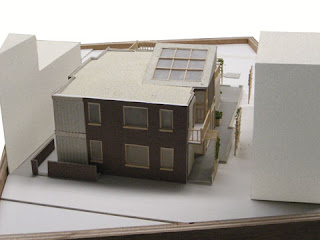 A team representing the BAC Chapter of the National Organization of Minority Architecture Students (NOMAS) was awarded an honorable mention at the 2009 NOMA Student Design Competition. Prizes were awarded at the annual NOMA National Conference held earlier this month in St. Louis, MO. The BAC submission - the first BAC participation in this national competition - competed against designs from twelve other schools across the nation.

Designs were judged on the implementation of concept, cultural expression, design excellence, integration of sustainable strategies, and incorporation of universally accessible design. 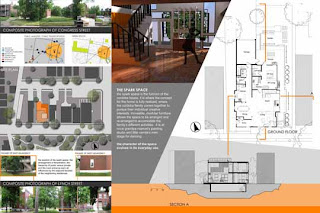 The BAC team was composed of ten undergraduate and graduate students in architecture and interior design. Organized as a mock architectural firm named Team GRID, the group worked throughout the summer on a project for a single-family home designed for a fictional family immigrating to St. Louis from Bogotá, Colombia. 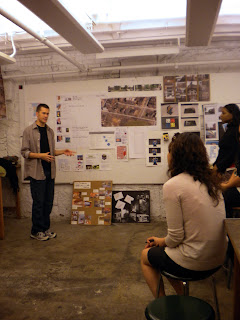 The NOMA National Conference will be held in Boston in 2010, and the students look forward to competing next year on their home turf!

Please follow the link to watch a short video of GRID's work: http://www.youtube.com/watch?v=3FOLoJ8KSOE.