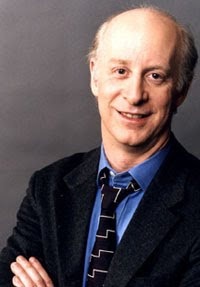 Architecture, Sacred Space and the Challenge of the Modern:
A Lecture by Paul Goldberger

Paul's talk will include discussion of his two new books (which he will signing after the lecture): Why Architecture Matters (Yale University Press, 2009) and Building Up and Tearing Down- Reflections on the Age of Architecture (Monacelli Press, 2009).