Massachusetts :: Paved with Good Intentions and a Lot of Oil 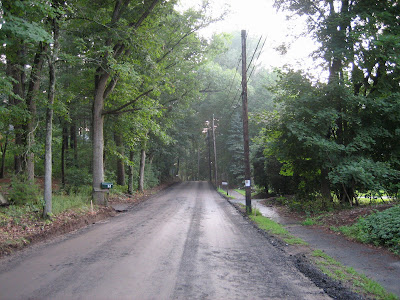 By Jeff Stein, Dean of the BAC

100,000 barrels of crude a day (BP’s own estimate) flowing into the Gulf of Mexico is something more than an oil “spill,” wouldn’t we agree? And yet, companies are only drilling in the Gulf (and in that other Gulf, too) because there is a market for their product. That market is us: our patterns of land use and building development, particularly the settlement pattern that has resulted from the American “dream” of single-family home ownership. We have created a situation – physically, economically, politically - that looks to be untenable.

We have been troubled for awhile now about the sub-prime suburban home-mortgage debacle, especially as that situation slides into commercial real estate and affects possibilities to finance design and construction worldwide. Critics have voiced worries about social and ethnic issues related to sprawl, what some have called our creating a “nation of hermits.” And of course the high dollar cost of construction of the American single-family house bothers many Americans, while it is beyond the reach of most of the world. But the primary worry today is oil: how America’s – and New England’s - sprawling pattern of building development relies on oil to power it all.

America’s buildings use 48% of all the energy produced by or imported into this country in their construction and maintenance – heating, cooling, lighting. Their presence on the planet contributes almost exactly that same percentage of carbon to the atmosphere. Then, there is the oil burned in vehicles needed to travel the miles between all those buildings, about 27% of the country’s total energy budget; and there’s all that time spent on the road.

Finally there is the issue of the roads themselves. The way in which we continue to design these ribbons – thousands of miles of them in Massachusetts alone - results in their requiring quite a bit of oil for their construction in the first place. We make around 90% them out of asphalt, and asphalt of course, is oil. And here we’re not even speaking of The Dwight D. Eisenhower Defense Highway System – the Interstates (they’re mostly oil, too). We’re speaking of just plain roads, the meandering biways that lead between work and home. Surrounding Boston such roads are plentiful: two-lanes, leafy, curving, following the rise and fall of the slightly-settled suburban landscape. They are nostalgic, recalling in their narrowness and closeness to the very nature they interrupt, a simpler era when to drive was a pleasure; not as it is now, a daily necessity.

Sherman’s Bridge Road, seven-tenths of a mile long, is one of these. This road starts at Route 126 west of Boston, near the northern boundary of Wayland not too far from Walden Pond. It then stretches to Sherman’s Bridge itself, a wooden bridge over the Sudbury River mentioned in the writings of Henry David Thoreau. There are a couple hills along its route, a single intersection where Ox Bow Road connects to it, and otherwise, it’s trees and secluded driveway entries for its entire length.

More than a century old, and resurfaced just a few years ago, Sherman’s Bridge Road recently underwent another serious reconstruction. It will not be any wider as a result. Its character is protected under Wayland’s Scenic Roads Bylaw, a designation voted in Town Meetings that prevents that sort of change and saves trees. But its materials and their thickness, now designed for a higher volume of auto traffic and for more efficient draining of rainwater into surrounding wetlands and turtle habitat are preparing it for another century of service.

The first roads in America were waterways. In part this was because vegetation on land was so thick and difficult to cut through. In the early 1800’s when Thoreau was writing about Sherman’s Bridge, a trip overland from Concord near Wayland, to Boston took than a couple days through thick forests. The Scotsman, James Loudon Macadam, was inventing his packed, interlocking crushed stone material– a derivative of which is being used on the foot-thick sub-surface roadbed on Sherman’s Bridge Road today – around that same time, 1820. Of course, asphalt roads had been in use in Baghdad since the 8th century, but oil to do that was not readily exported to Europe. Oil was only discovered in America in the 1860’s, and it wasn’t until the twentieth century that anyone imagined using it as a road surface here. So now, Sherman’s Bridge Road has been resurfaced in asphalt.

“Asphalt Sucks!” is the title of a scholarly slideshow about the material by Boston-based landscape architect and professor Paula Meijerink. Meijerink’s widely published designs have included landscapes that feature asphalt, and not just to drive on. Most famously, her “Asphalt Garden, “ designed with studio Se Busca (Spanish for “wanted”) was the winning entry in the Metis International Garden Festival in Quebec. It is a poetic work, with a foot of water placed atop an asphalt parking lot: transparent, while reflecting nature in a liberating and surprising way. Meikerink’s slideshow title is only partly kidding about asphalt’s negative qualities, keying into to the environmental difficulties with the material. The thing is, taking the narrow view, asphalt doesn’t suck at all. As a fresh surface that tempers rock and sand and soil, making it safe for wheeled vehicles to roll uninhibited over the planet, asphalt has no equal. It is easy to understand why we use it. Smooth, dark, quiet, easy to lay down, no annoying expansion joints… if you are an enthusiast of speed, nothing compares.

Still, the stuff is made of oil, and there’s our problem. According to the US Department of Energy, America’s imports average around the equivalent of a million barrels of oil per month for asphalt/road building alone. This figure has held steady for the past twenty years. The price of oil, of course has climbed over that time from around $20 per barrel to its current level, hovering near $75 per barrel today. So the designers of roads – or the designers of buildings that require them – may now need to imagine a future that doesn’t require the obsolete process of spreading oil out on the ground just to get from one place to another.

In the end, the useful life of asphalt paving in New England is difficult to measure. The Asphalt Paving Association says it might last for 15 years. But because of the nature of our New England soils, our freeze-thaw cycle, and the decay brought to every man-made surface by ultraviolet solar radiation, there are very few roads in the area that are not resurfaced with new asphalt every few years. So when you are thinking of the sustainable design of buildings, if there needs to be a road to it, it’s not sustainable. Here then is a risky business: in New England we burn oil to construct and to heat our buildings, we burn it to produce electricity to light and cool them, we use it to power cars to access them, and we even make our roads themselves out of the stuff. Oil, at the core of every decision that we make to answer the question, “How shall we live?” is too important an issue to be left to politicians or diplomats or oil company executives. It’s an issue for designers.