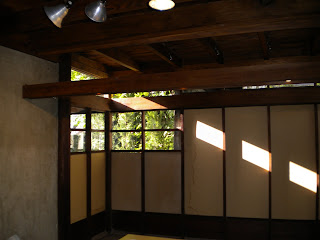 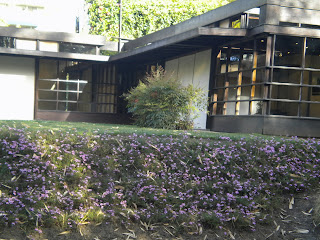 Standing among apartment buildings along a street in West Hollywood, hidden by a wall of bamboo, is the Schindler house. Originally designed in the 1920s by Rudolph Schindler, it has remained as an architectural landmark throughout the years. The house, made of wood and glass, contrasts the surrounding masses of concrete, yet stands the tests of time. It has been a topic of architectural discussion for many people over the years, even in our own world of architecture at the BAC in B-1 studio. 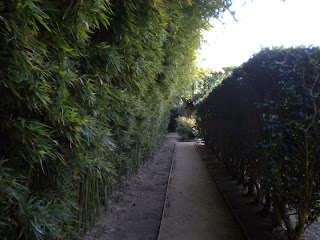 My visit to the Schindler house was not to add my critique to the ever-growing body of literature based on it. Rather, the purpose was to experience great architecture first-hand, not just by looking at drawings and pictures. There is a particular sense about space that can only be conveyed when one experiences it in person. The house became a part of the MAC Center for Art and Architecture in 1994 and has been the site of many different events including exhibitions and lectures. At the time of my visit the exhibition consisted of pictures of billboards. 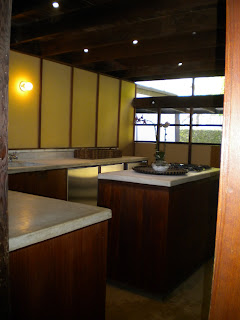 When I first opened the front door I was struck by the non-traditional setup of the gallery. The photos were placed sporadically along the walls, but they are not what moved me from one place to the next. It is the house itself that inspires curiosity and drives a visitor to explore. Quite different from most houses people are used to, the ceiling of the Schindler house is quite low. Even at five feet tall, I felt the effects. 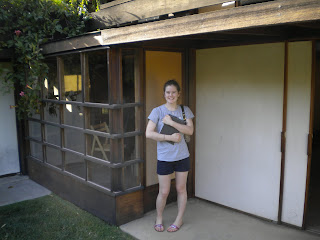 It is a wonder how the house has survived the periods of growth that happened in the surrounding area, which has destroyed many of the other buildings of its time, and of those that came before. Originally it was not considered a place of importance, as it was left out of two major studies of modern architecture: Hitchcock and Johnson’s exhibition “Modern Architecture: International Exhibition” and a case study of houses conducted by a member of Arts and Architecture magazine, which I learned from the pamphlet obtained from the ticket office. 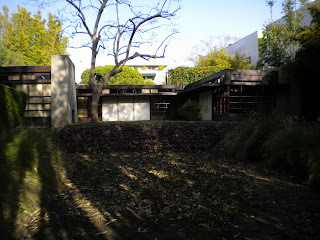 The most valuable lessons that can be taken from the Schindler house come from the idea that Schindler did not follow the ideas practiced by those of the international style, but followed his own designs and concepts. His designs, though interesting, pale in importance to the lesson of his ideals, which can be learned through studying his work and the history surrounding it. Though something might not be popular among an architect's contemporaries at the time of its conception, it may be viewed more favorably in the future. The legacy of this architect is not just the physical buildings he left, but in the idea to not succumb to common conventions. One day what is viewed as “fringe,” like the Schindler House, can become an important landmark in architectural design.