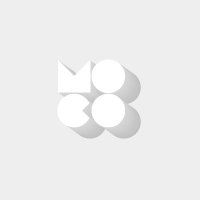 MoCoLoco is a web magazine dedicated to everything related to modern contemporary design and architecture including: furniture, accessories, lighting, floorcoverings, wallcoverings, books, websites, audio-video and more. The site also posts various employment opportunities around the world. 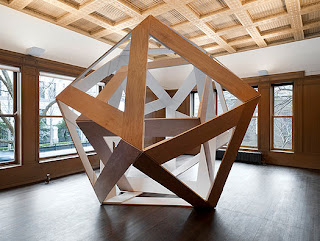 Featured on MoCoLoco is a room-size models of platonic solids by architect Anne Tyng, whose work is being showcased in an upcoming exhibition entitled Inhabiting Geometry. Tyng's research on geometry led her to develop a theory of the hierarchies of symmetry, or symmetries within symmetries, and these are represented in the exhibition by large wooden platonic solids (equilateral and equiangular polyhedra): the tetrahedron, cube, octahedron, dodecahedron and icosahedron. Despite their many angles, these forms can be found in nature, or specifically in the structures of crystals.

FAVN; the Danish name for embrace, is a sofa designed by Jaime Hayón for Fritz Hansen, which was featured on MoCoLoco. Videos and articles discussing an aritsts' design process, like the one featured above with Hayón, are often found on MoCoLoco.