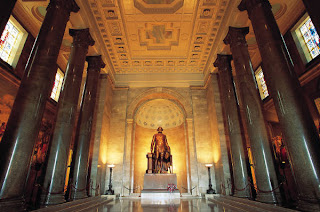 Monday February 20, 2012 is President's Day, and the BAC will be closed that day.

The third Monday in February is observed in the United States as a legal holiday in commemoration of the birthdays of George Washington and Abraham Lincoln.

Originally, the holiday was designated as Washington’s Birthday, and was celebrated on George Washington’s actual date of birth, February 22nd.

In 1971, however, as part of the Uniform Monday Holiday Bill, the holiday was moved to the third Monday in February. The holiday has also been expanded to honor Abraham Lincoln (birthday February 12th).