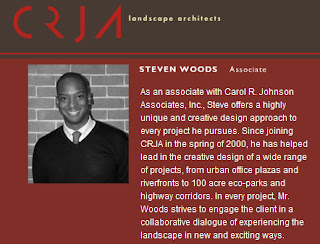 Woods is well-respected landscape architect in the Boston design community. He earned his B.L.A. from Ball State University in Indianapolis, while also studying fine art and French. He honed his expertise in open space design and park planning at Bentley Koepke, Inc. in Cincinnati. Woods then landed a position as Associate with one of Boston’s premier landscape architecture firms, Carol R. Johnson Associates (CRJA). 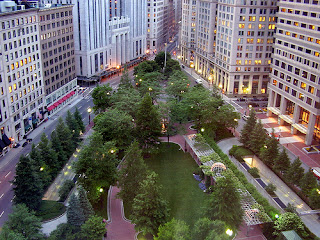 Some of the projects Woods has worked on include Boston’s Post Office Square (above) and the Mohegan Sun Project Horizon Expansion in Uncasville, CT (below). 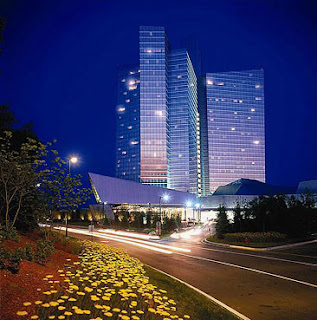 He has been with CRJA since 2000, and in that time he’s helped lead the creative design for a number of successful projects for the firm.  His ability to work at all scale levels has made him a highly versatile and resourceful designer. He has worked on projects ranging from small office plazas, to riverfront developments, all the way up to large urban parks and transit corridors.

One major international project Woods is working on is the design for the Tamana InTech Linear Park in Trinidad. The park is one in a series of science and technology parks built to shift the country’s economy from the manufacturing and chemical industry to a more knowledge-based economy. The site is located on 1,029 acres on a former World War II U.S. Air Force base.


The linear park will hold numerous educational, recreational and outdoor facilities which will enhance the historical and natural character of the site. Once completed, the park will be home to residents and businesses, and a population of about 20,000. To learn more about this project, click here and here.

Woods is currently a BAC Overseer, and has taught courses at the BAC as recently as last spring. One of his last classes dealt with the concept design and synthesis of a site in Boston’s West End. In the course description, Woods said, "We are sharing the design process with the students--engaging them in the history of the West End, both in culture and development, and finding opportunity in the existing nature of the site."

Thanks to those who entered the contest!  Check the blog again later, when we’ll post another set of clues for another chance to win a $10 Blick or Starbucks Gift Card!