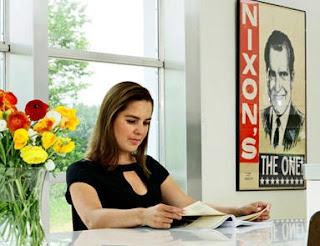 Rocio Romero is a Chilean-American architectural designer. She focuses mostly on residential home design and construction but she also designs commercial interiors and furniture. She graduated from the University of California at Berkeley with a Bachelor of Arts in Environmental Design with a Major in Architecture. She continued her education in Southern California of Architecture where she received a Master's in Architecture.
She is known for her acclaimed line of prefabricated homes, The LV Series, a collection of modern, affordable kit homes. They're sold as kits for their exterior shells and structure. They include complete plans, framing, roof structure, wall panels, and exterior siding. 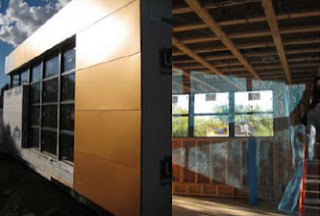 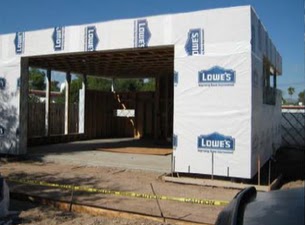 The home usually costs about  $120-$195 per square foot to build including all construction costs. It comes with the LV kit, kit shipping, kit assembly, foundation, windows, roof, and all of the interior finish costs. The only things the cost doesn't cover is landscaping, driveways, and the land that the house is being built on. LV homeowners have confirmed that the LV Series construction price is the same or slightly less than stick-built rates in their area. 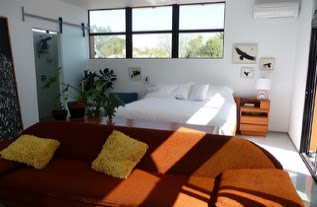 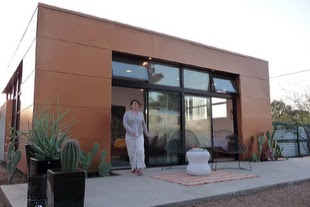 This is the home of Michael and Aaron in Arizona, the previous pictures are of this specific house being built and these pictures are the finished product. The LV home is an ideal modern studio/office space or small guest house. The LV Home has one bedroom, one bathroom, and one living room/dining area. Depending on the weather conditions of where you live you can also get a wind load upgrade that will stand up to 150mph winds.