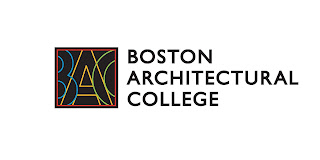 Congratulations to the following recent honors and awards recipients!

Roy Viklund Scholarship: Terence Chauvet
The Roy Viklund Scholarship was established in June of 2005 with a gift from Sasaki Associates to honor the memory of Roy Viklund. Roy was a BAC graduate who worked at Sasaki for over thirty years, twenty of those as a principal.  Roy served in Vietnam and returned to the States to pursue a career in architecture.  It was through the support of the BAC that he was able to achieve that dream. To qualify, students in Segment II and beyond submit essays that address their philosophy of design, the benefits and challenges inherent in a concurrent curriculum and articulate the values and character traits that have guided them through their program at the BAC. Based on these essays three students are selected to be interviewed by the Honors & Awards Committee. The ultimate recipient receives a $5,000 scholarship towards their tuition at the BAC.

William P. Francisco, IV Memorial Scholarship: Declan Keefe
The William P. Francisco, IV Memorial Scholarship was established to honor the memory of Bill Francisco, a BAC graduate and former faculty member.  He was a dedicated student who graduated from the BAC in 2005 and went on to work as a Design Manager at Add Inc.  Bill enjoyed his time at the BAC so much that his family and friends wanted to establish a scholarship in his name to assist other deserving BAC students, which is now awarded annually to a B.Arch student currently working on their Degree Project. To be considered for the scholarship, must submit a copy of their most recent portfolio, as well as an essay expressing their desire to have a career in Architecture and the values and character traits they feel have guided them in their program at the BAC. The chosen student receives a $1,000 tuition scholarship.

Woytuk Scholarship: Jason Boone
Established in 1974 in memory of Peter Woytuk, Chair of the BAC Thesis Committee from 1970 to 1974, this scholarship is awarded twice a year to a student who will be entering Thesis I the following semester and who exemplifies the values and philosophy of Peter Woytuk. Students enrolled in Thesis Seminar are nominated based on GPA and then chosen by a jury consisting of members of both the Honors & Awards and Thesis Committee. The recipient receives a $500 tuition scholarship.

The Boston Society of Architects Scholarship was established in 1949 through the generosity of the BSA.  The financial assistance is intended to “…relieve the burdens of routine preoccupation in the office and private life, and to provide an opportunity to see the world, witness its reality, critically examine its achievements and take time out to think”. The scholarship is awarded based on a four-day design competition administered by Ian Taberner, Director of Masters Thesis. A $1,000 prize is awarded to the student with the best solution to the design problem presented.