Urbaneering :: a vision for the future of urbanism 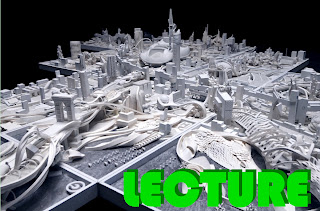 Urbaneering :: a vision for the future of urbanism
A Lecture by Maria Aiolova
Tuesday August 14, 2012 at 5:15 pm
Cascieri Hall, 320 Newbury St

Maria Aiolova, of Terreform ONE in Brooklyn, NY is an educator, architect and urban designer in New York City. Her work is focused on the theory, science and application of ecological design. She is the founding Co-President of Terreform ONE and a Partner at Planetary ONE.

Her talk will make the proposal that a new profession – which she refers to as urbaneering -- can re-invent and negotiate the complex mix that encompasses a city. Her intention is to define a radical new occupation that can regenerate, pioneer, and sustain the future urban realm.

A public lecture sponsored by the Distance M.Arch program at Boston Architectural College