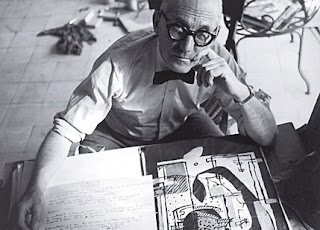 Le Corbusier was born Charles-Edouard Jeanneret on October 6, 1887 in Switzerland. Although he died in 1965, he is arguably one of the most influential architects of the 20th century.

He was an architect, a city planner, a designer and writer, who pioneered modern architecture.

Celebrate him today by doing the following:
-Visit the only US building by Le Corbusier in Cambridge, MA
-Read parts of Towards a New Architecture
-Study his line of furniture, still in production today
-Learn about some of his buildings around the world
-Check out over 200+ books on Le Corbusier in the BAC library.