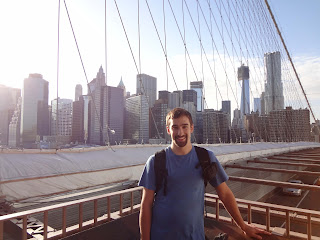 Since they were both cities I have never been to before, Newark and New York City both were full of many unexpected surprises. My day started out by attending a Newark tour organized by NJIT for AIAS Fall Quad 2012. Newark turned out to be a city with a very rich history dating back centuries.

The city is very much based on commerce, but throughout the years it has approached some difficulties. A common theme in the city is the use of architecture in a way which disregards ideas like community and variety and in many places we stumbled upon areas dominated by nothing but offices and parking lots and not many people to be seen. 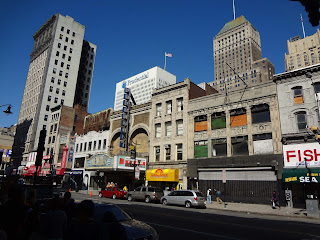 I definitely learned from this experience how seriously architecture can affect a community and how people come together. The issue is so much on the forefront in Newark that our conference was based on “revitalization” and how to bring a city, such as Newark, out of its inattention to community and in the future foster a diverse and understanding community.

Soon after the Newark tour, I had some free time in the day so another attendee and I decided to explore New York City. We managed to see landmarks such as the World Trade Center, the Brooklyn Bridge, Grand Central Station, Times Square, and the Empire State Building. 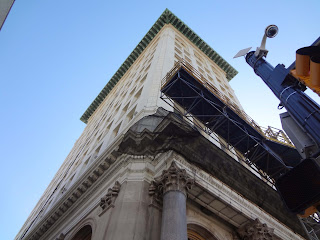 Since I have never been in a city so large and so populated, the first thing that caught my attention was the sheer size and movement of the city as a whole. In the short span of time spent there I saw thousands of people and layers of transportation all framed by the epic scale of the city.

I took from this the idea of how “alive” a city can really be. The sublime experience is one that I certainly will never forget and it has already inspired me.