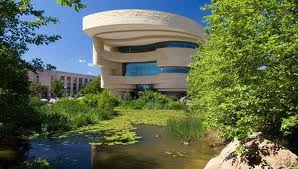 National Museum of the American Indian - photo from nmai.si.edu

The Smithsonian's National Museum of the American Indian opened in Washington, D.C. in 2004 after almost fifteen years of planning both the building and its harmonious landscape.

The thorough design process was conducted by Blackfoot architect and project designer Douglas Cardinal and Philadelphia-based architecture firm GBQC, who collaborated with Cherokee/Choctaw architect Johnpaul Jones and design consultants representing the Hopi, Oneida, and Navajo. Several years of meetings between this team and American Indian communities across North and South America created the framework for a museum that would be designed with the utmost respect of a wide range of Native culture and beliefs. 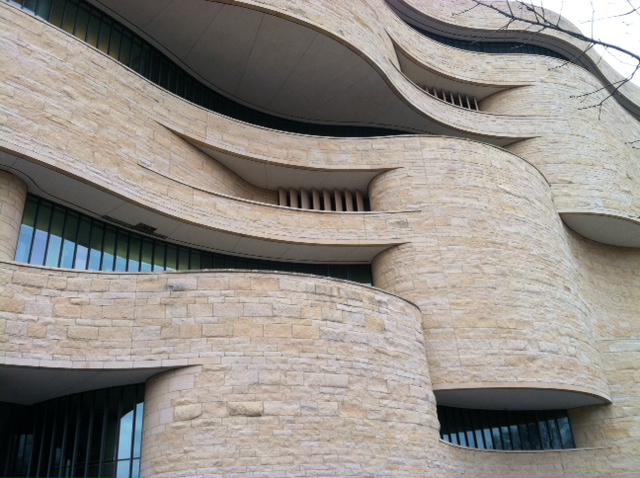 This extensive collaboration led to the museum's final design: a complex, curvilinear building clad in Kasota dolimitic limestone, symbolizing "a stratified stone mass that has been carved by wind and water" (NMAI). In addition to the importance of nature and time, the museum is also designed around several key celestial references including an eastern oriented entrance that greets the morning sun, a dome that is placed 120 feet above the heart of the building to connect the museum to the heavens, and a southern facing series of acrylic prisms that create an amazing spectrum of light every day between 11:00 am and 2:00 pm. 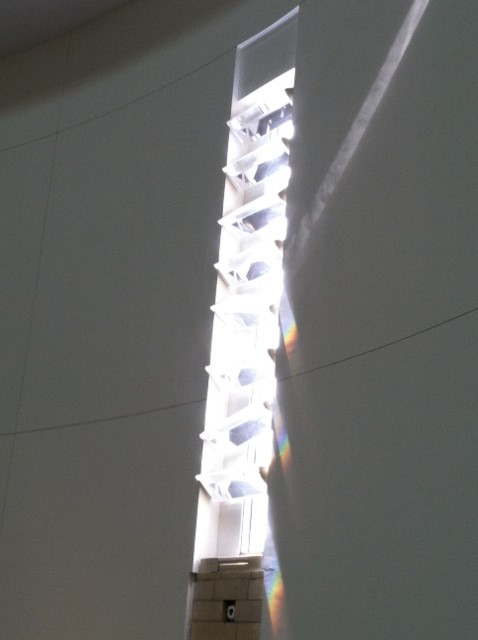 The collaborative design process also resulted in the museum's comprehensive landscaping. The importance of a relationship with the environment and a connection to the land led the design team to consider the landscape as an extension of the museum, eventually dedicating about 74% of the 4.25 acre site for around 30,000 plants comprised of 150 different species. These are divided into four environments that are native to the Washington, D.C. area: an upland hardwood forest, lowland freshwater wetlands, eastern meadowlands, and croplands. 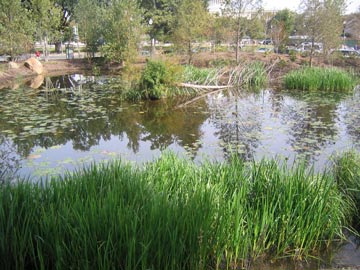 One of the more subtle landscape features is the placement of forty large boulders called Grandfather Rocks, which serve the dual purpose of symbolizing the importance of a relationship with the environment as well as welcoming visitors to the museum. Before being moved from a quarry in Quebec, a blessing ceremony was held to make sure that the uncut boulders would pass the memories and messages of past generations to future generations. 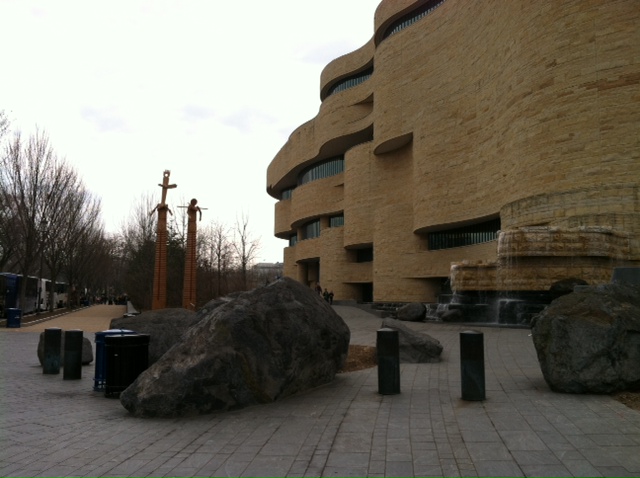 Another important element of the landscape is the cardinal direction markers, which represent the indigenous peoples throughout North and South America. These four stones, brought from Hawaii, Maryland, Chile, and the Northwest Territories in Canada, are set on their respective axes in relation to the heart of the museum. 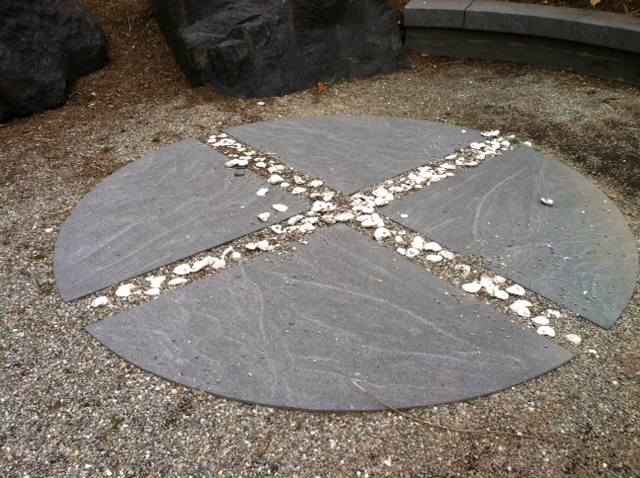 The importance of a harmonious relationship with nature that emerged during the design process created an extra incentive to build a sustainable, energy efficient museum. This effort was officially recognized in 2011 when the museum was awarded a LEED Silver rating. The extensive landscaping was a major factor in this award, contributing to a number of LEED scorecard items such as the restoration of open space, heat island reduction, and water efficient landscaping.  The building itself was particularly noted for air quality, water efficiency, sustainable cleaning and waste management, and the use of renewable energy. 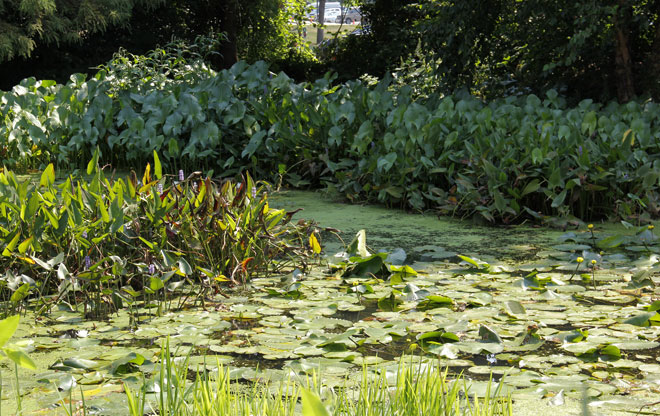 Lily pond that contributes to the sustainable landscape - photo from asla.org

The National Museum of the American Indian is an especially fascinating place to visit for design students. In addition to having a great collection and a wide range of exhibits, it is an excellent example of the work that can be achieved through extensive collaboration during the design process. The museum's amazing design grew out of the diverse range of interests and perspectives that were brought together by the carefully developed relationship formed between the design team, the builders, and the clients.
The museum is located in Washington, D.C., which is about an eight hour drive from Boston. If you find yourself in the Washington-Maryland-Virginia area, it is definitely worth a visit. The museum is open daily from 10:00 am - 5:30 pm, and admission is free. For more information, click here. It is worth mentioning that the museum is right next to many of the other Smithsonian museums, which are all free. A weekend trip to D.C. this summer is highly recommended!