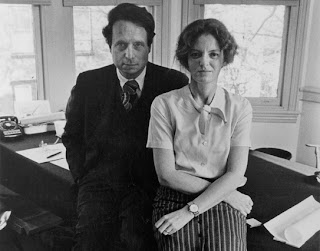 Two Harvard Graduate School of Design students are rallying to correct a conspicuous omission from the list of Pritzker Prize winners. They are seeking to get Denise Scott Brown retroactively listed as a co-winner of the 1991 prize through an online petition at Change.org.

According to their website, The Pritzker Architecture Prize is awarded annually to honor "...a living architect whose built work demonstrates a combination of those qualities of talent, vision and commitment, which has produced consistent and significant contributions to humanity and the built environment through the art of architecture."

In 1991, the Pritzker Prize went to Robert Venturi, Denise Scott Brown's collaborator, husband, and partner in their Philadelphia-based firm. Despite that the pair wrote several paradigm-shifting books, taught studio classes together, built buildings together, only Venturi was honored by the Prizker Prize. The Pritzker jury's citation mentioned her contribution to Venturi's work, describing Scott Brown as his "talented partner."

Robert Venturi's acceptance speech in full is listed here. In it, Venturi says, "All my experience representing appreciation, support, and learning from, would have been less than half as rich - without my partnership with my fellow artist, Denise Scott Brown. There would be significantly less dimension within the scope and quality of the work this award is acknowledging today--including dimensions theoretical, philosophical and perceptive, especially social and urban, pertaining to the vernacular, to mass culture, from decorative to regional design--and in the quality of our design where Denise’s input, creative and critical, is crucial."

In just a few weeks, the online petition calling for the Pritzker committee to recognize Denise Scott Brown has more than 7,000 signatures, with many big names in the design world on that list, including five Pritzker winners, Zaha Hadid, Rem Koolhaas, Hani Rashid, Farshid Moussavi, and Robert Venturi himself.

Since it's inception in 1979, there have only been two female Pritzker Prize winners - Zaha Hadid in 2004, and co-winner Kazuyo Sejima in 2010.

Interested in learning more? Watch Robert and Denise talk about their lives and careers in a series of interviews here, or consider joining the BAC's chapter of NOMAS - the National Organization for Minority Architecture Students.