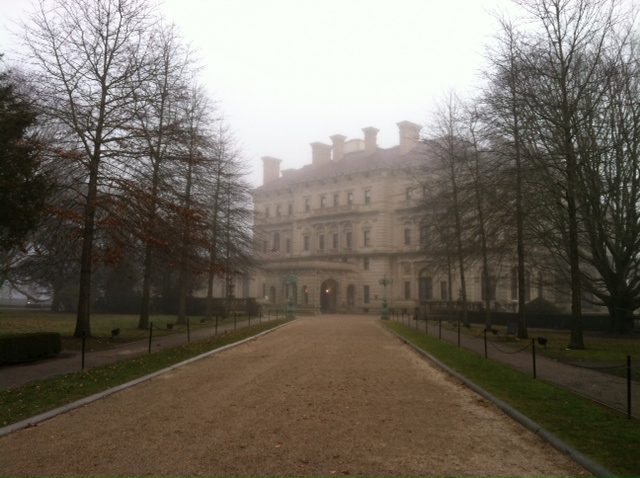 The entrance to The Breakers - photo by Ian Hester

One of the predominant styles of architecture in the United States in the late nineteenth and early twentieth centuries was Beaux Arts. This ornate style was strongly influenced by classical Greek and Roman architecture and was most notably implemented by the institution for which it was named, the Ecole des Beaux Arts in Paris.

Beaux Arts buildings employ extravagant detailing and finishing, and are often designed around a large central room with extending wings topped by either low-hipped or mansard roofs with detailed cornices and balustrades. The Breakers, now a National Historic Landmark, is an excellent example of this style. 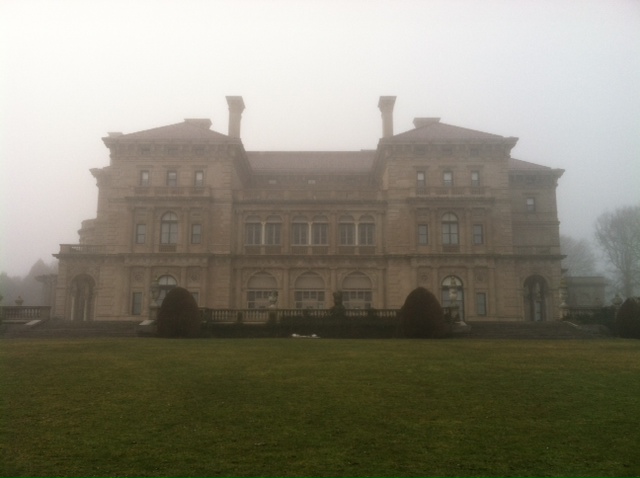 The Breakers was designed for the Vanderbilt family by architect Richard Morris Hunt and interior designers and decorators Ogden Codman and the French firm Allard and Sons, and built between 1893 and 1895 with 70 rooms covering about 65,000 square feet. The thirteen acre grounds, including numerous gardens and paths, were designed by James Bowditch.

Although the mansion is clearly designed in the Beaux Arts style, it incorporates a number of different influences and precedents. The ground floor architecture is heavily inspired by the Renaissance period Italian palazzos, with extensive relief sculpture and panels and intricate stonework, metal, and marble. The interiors are inspired by various Italian, French, Roman, and American styles depending upon the room and its purpose, but they are all exquisitely detailed in the Beaux Arts style. 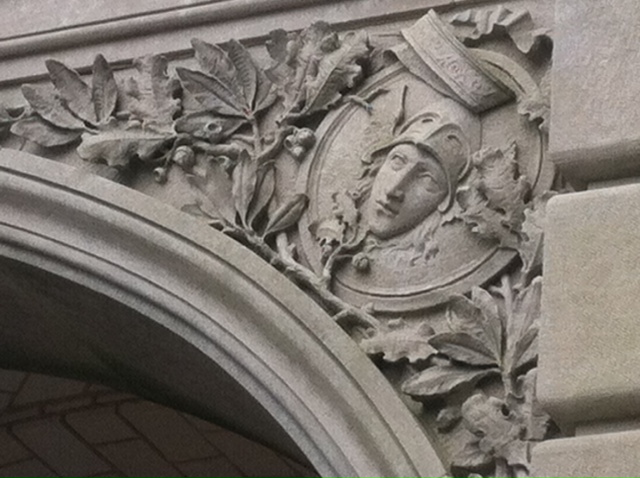 As is typical in this type of architecture, the mansion is centered around a massive great hall, an ornate room with forty-foot ceilings that feels like a Renaissance style courtyard because of its surrounding arches and marble paneling. 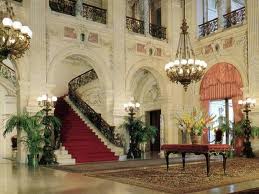 The billiard room was strongly influenced by the classical Roman baths, which is apparent from the extensive use of hand laid marble and the mosaics that cover not only the floor, but the ceiling as well. The relief sculpture in this room is symbolic, including dolphins and acorns that represent hospitality and family, respectively. 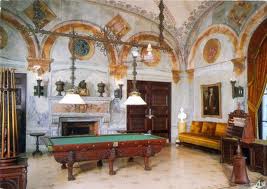 The music room, which was designed and built by Allard and Sons in Paris and then rebuilt in the mansion, was inspired by the Hall of Mirrors in Versailles. Arguably the most intriguing design element in the entire house is the effect imposed by two mirrors that are placed precisely opposite each other with a chandelier in between them, creating a seemingly endless 'hallway' of repeating mirrors and chandeliers. 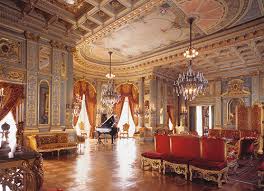 The private rooms on the upper floors of the mansion are quite different from the extravagant public spaces on the ground floor, largely due to the intentional selection of two separate interior designers. While Allard and Sons created an ornate atmosphere in the public rooms, Ogden Codman designed modern, American style bedrooms and bathrooms for the family and staff. 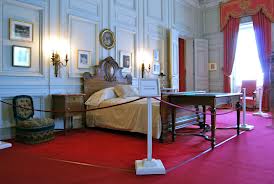 Although they included European decorations including a 1619 tapestry and a five hundred year old chimney piece from a French chateaux, the atmosphere and conveniences were inspired more heavily by American precedents. The rooms were designed for comfort rather than to impress friends and guests. They included phones that communicated with the staff, subtle access hallways for service, and running water that provided not only hot and cold fresh water, but also salt water that was considered to be a healthy and relaxing way to bathe. 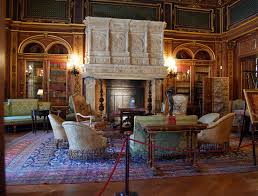 Richard Morris Hunt's work on The Breakers influenced American architecture through the turn of the century. The Beaux Arts style that was applied to so many of the mansions and public buildings in New York and New England became one of the defining elements of the Gilded Age, and Hunt's position as the first American to attend the Ecole des Beaux Arts, the preeminent architecture school of the time, led him to become one of the driving forces behind the trendsetting architecture of the period. Although much of the design world has since taken a greater interest in practical and sustainable principles, the Beaux Arts style is certainly worth studying to acquire a better understanding of our field.

The Breakers is located at 44 Ochre Point Avenue in the Historic District of Newport, Rhode Island, which is about an hour's drive from Boston. Tours are given daily, but the schedule changes slightly throughout the year so check out the Newport Mansions site before heading down.