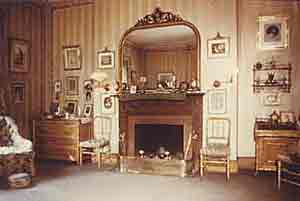 Bedroom in the Gibson House - photo from thegibsonhouse.org

The middle of the nineteenth century was a period of change for Boston, which had a quickly growing population and a need for more land. One of the primary solutions to this problem was the filling in of 570 acres to create the Back Bay. While much of Boston, including the contemporaneously developed South End, consisted of tight streets built around squares, the Back Bay was designed with long, broad, straight streets that afforded views and visually connected the city. The additions of a water system, sewer, and gas lines to this new urban environment quickly led to the popularization of the neighborhood. The Boston Public Library, Museum of Fine Arts, and Trinity Church added social and cultural appeal, and the Back Bay was soon the most fashionable and trendy section of the city.
In 1859, during this period of drastic transformation in the Back Bay, Catherine Gibson commissioned Boston architect Edward Clarke Cabot to design the Gibson House, a six story red brick and brownstone row house in the Italian Renaissance style. The symmetrical facade, smoothed brownstone on the ground floor, and arched windows are all typical characteristics of the architectural style. 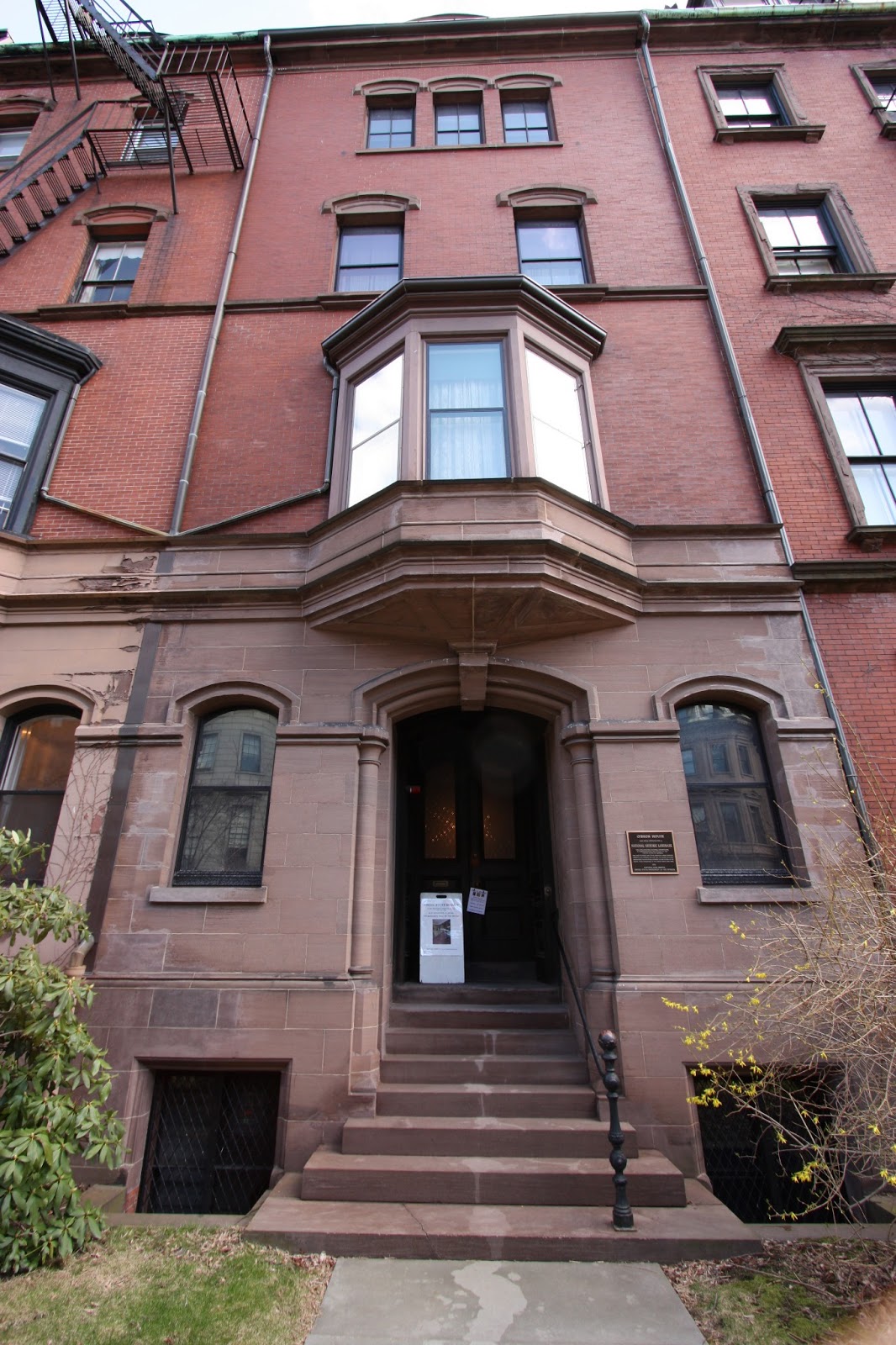 The interiors were furnished and decorated in the popular fashion of the Victorian era, with numerous chairs, side tables, and bookcases in each room and paintings and portraits covering many of the walls. The use of arches throughout the home, whether in an arcade or as moldings, and the often strict symmetry in the design of each room, are all influenced by the Italian Renaissance style employed by Cabot. 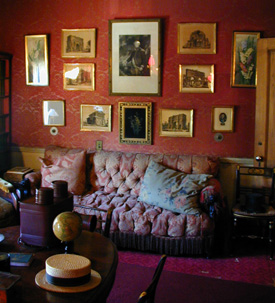 The Gibson House was designed with distinct programs for each story. The ground floor, which was dedicated to service with the kitchen, laundry rooms, and furnace, is arguably the most interesting part of the house because of the mechanical systems that were implemented to allow the servants to function as smoothly as possible. 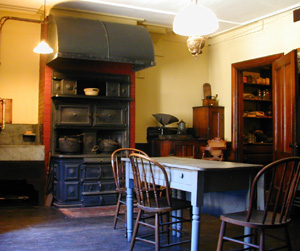 The service provided to the dining room from the kitchen was made more efficient by the installation of a dumbwaiter, which used pulleys to quickly serve food, and a speaking tube that allowed the kitchen staff to instantly communicate with the butler in the pantry of the dining room, thereby improving the level of service. A complex bell system also used pulleys in addition to levers to connect wires from the ground floor to every room on the first, second, third, and fourth floors of the house. The coal furnace was used to heat the entire home, including the upper floors, which was done by convection with the aid of the ventilator shaft. 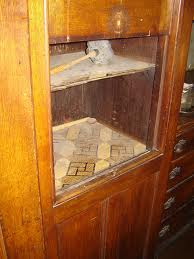 The first floor of the home includes the unique entry hall. Unlike most Boston homes in the Victorian period, the hall is very open and has a red carpeted grand staircase that is offset from the door. It is interesting that this initial impression of the interior of the house is one of the few spaces that breaks the symmetry rule of the Italian Renaissance style. In contrast to this, the arched arcade that is supported by columns with capitals, all in dark wood, is very typical of the style. 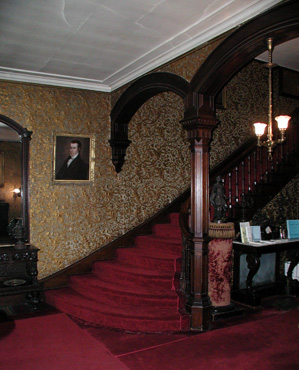 Guests were received on the second floor of the house, which contains the music room and the library. The thirteen foot ceilings, in addition to the light provided by the central ventilator shaft, create a spacious feel. The music room, which was used to entertain evening guests, stands apart from the rest of the house because of the wood floors and light colors, which are in sharp contrast to the plush carpet and dark palette that are used throughout the rest of the home. 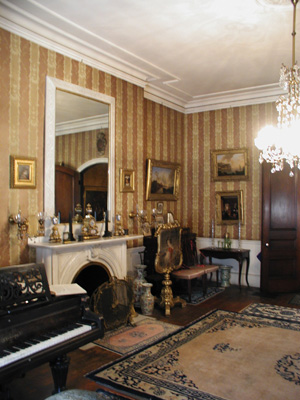 The third floor, which was dedicated to the private quarters of the adults, reveals one of the most impressive features of the ventilator shaft. Adjacent to the shaft are the shared bathroom and dressing room, which have windows that open on to it. The light and sense of spaciousness that are thereby introduced to the otherwise somewhat dark and constricted spaces are noticeable now, and certainly must have been extraordinary at the time of construction. Although these shafts were an excellent design feature for light, air, and heat, they were outlawed in Boston after a fire in 1872 because their benefits also create problems with the spread of fire. 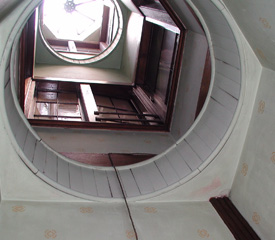 The bedrooms and nursery for children on the fourth floor and the quarters for servants on the fifth floor were designed in a similar but simpler fashion. Unfortunately they are not currently accessible to visitors.

The Gibson House is located at 137 Beacon Street in the Back Bay, between Berkeley and Arlington. Tours are given Wednesdays through Sundays at 1:00, 2:00, and 3:00, and they are only $6 for students. You can easily walk from the BAC, or you can take the T to Arlington. If you are short on time you can find a great deal of information on their web site, but actually taking the tour will give you a chance to ask about the architecture as well as allow you to experience the atmosphere of the house, which is always much better than looking at pictures. Take the time to check it out when you have a chance.