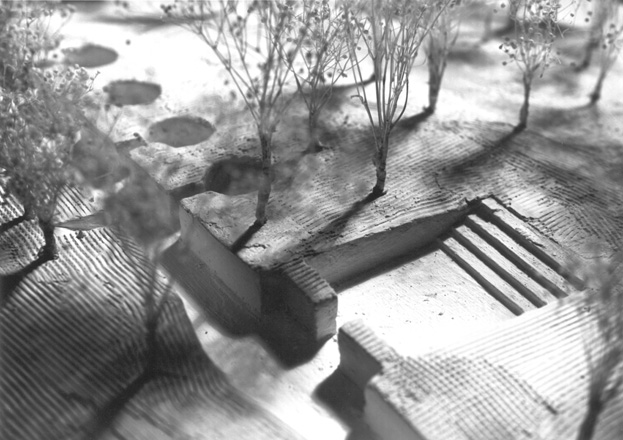 Model of the May 4th Kent State Memorial - work by Ian F. Taberner

For the fifth installment of the Spring 2013 Student Lecture Series, Ian F. Taberner presented (IN)scribe - com(POSE) space at the BAC. As a practicing architect, a professor of architecture, and the Director of Masters' Thesis for the School of Architecture at the BAC, he has not only been able to design, but he also has been able to share his fascinating and unique design process with students in the academic world.

One of the key elements in Taberner's approach to design is the application of geometry. He emphasizes that instead of allowing geometry to dictate programs and rules, a designer should respect these aspects of a space and find a geometry that makes them work. This philosophy is evident throughout his projects, especially when viewed in the context of the design process. 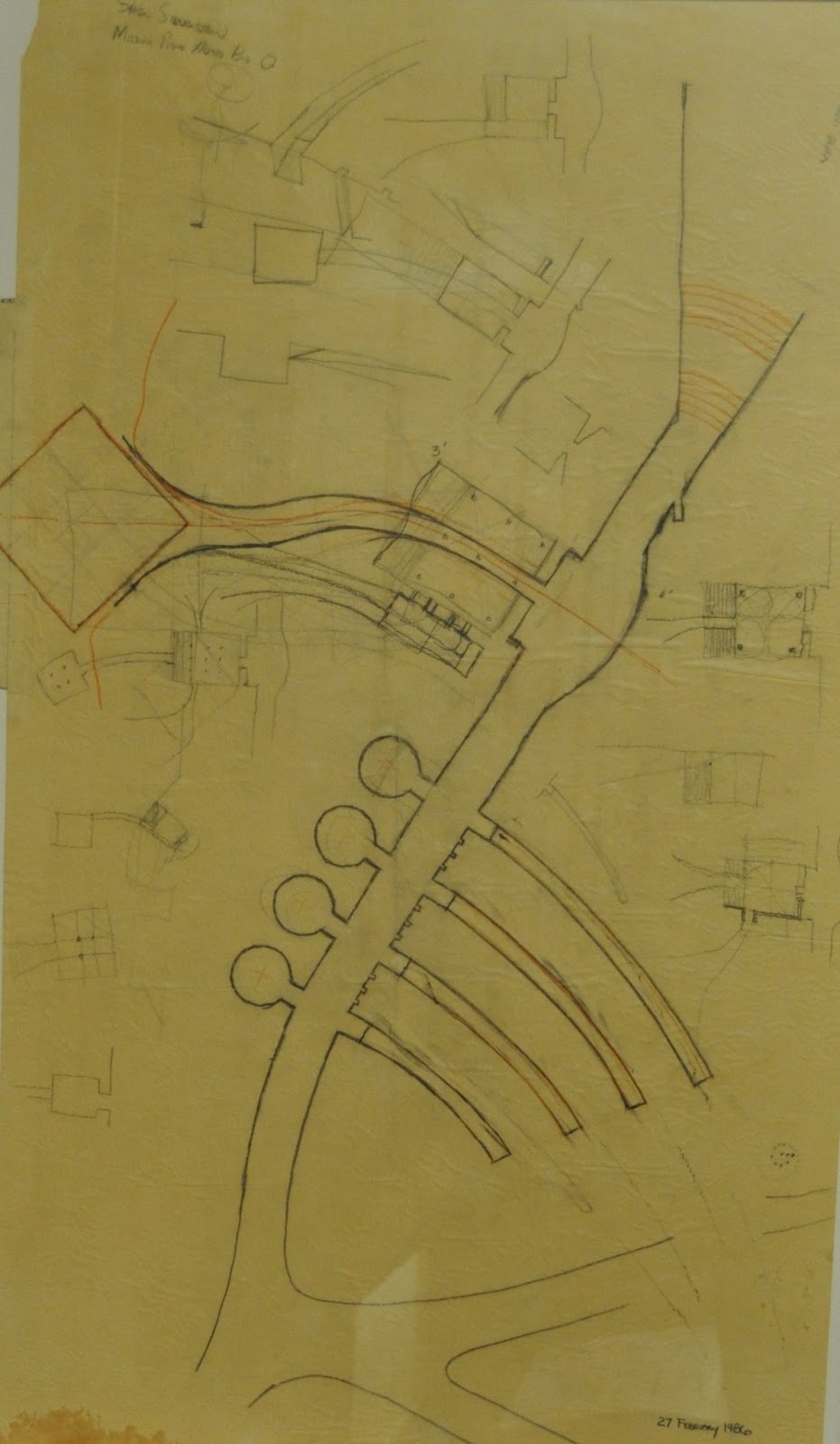 Plan of the May 4th Kent State Memorial - work by Ian F. Taberner

Taberner shared his project for the May 4th Kent State Memorial, which controversially was never built despite winning the competition because he was not born in the United States. To begin the design process, he considered the importance of the victims, four of whom died, and because of their absence he identified subtraction as the theme of the memorial. He cut a path into the ground to wound it, as nature had been wounded when the shooting occurred. A classroom was included to address the cause of the incident, which was a lack of communication. This space, along with four circular rooms to represent those who died and nine opposite spaces to represent those who were injured, were all determined by the application of geometry. 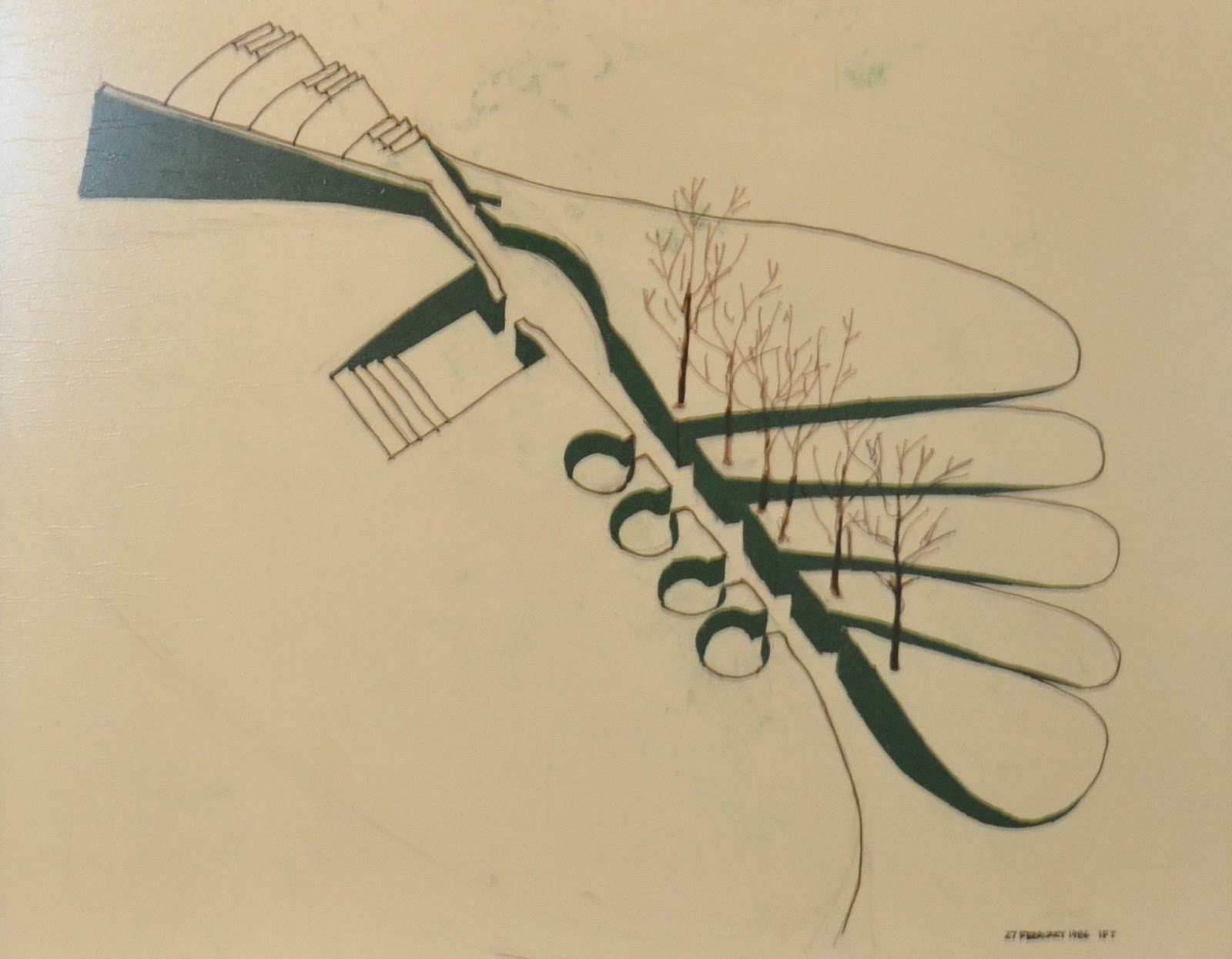 Drawing of the May 4th Kent State Memorial - work by Ian F. Taberner

The diversity of Taberner's work was revealed by the presentation of a stage set that he designed in collaboration with a team that also created the music and dance for a performance. He used geometry to develop a design in which the dancers would 'carve out' the space with their movements. 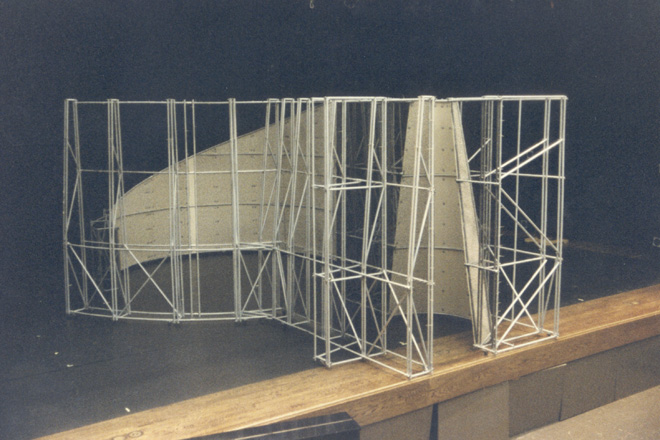 Taberner also presented the Artpark Gift Shop and Gallery in Lewiston, New York, which won the AIAS President's Award in 1998. To develop the design, he looked for geometry in the natural landscape that could define the space. As with much of his work, he found the shapes that would work best and then worked backwards to apply the geometry to his design. One of the defining elements of the building is the curved roof, which was constructed using circles that reflect the nearby Queenston Lewiston Bridge and the rainbows formed by Niagara Falls. 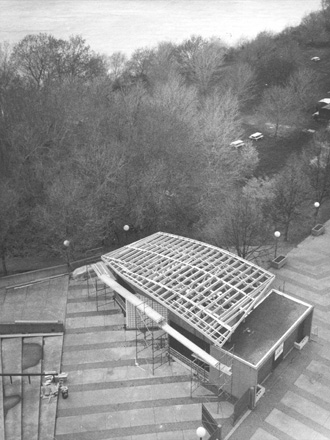 Some of the work included in the lecture was done without a client.  One of these was the Tiananmen Square Memorial, a small, portable and personal memorial with a symbolic candle for families and friends of those who died in the protests in 1989. It was designed to be kept at home and brought to the square, where its T-shape fits perfectly into the gaps between paving stones. Many of these could be brought to Tiananmen Square, where they would become part of the site and create a moving, spiritual experience with the burning candles. 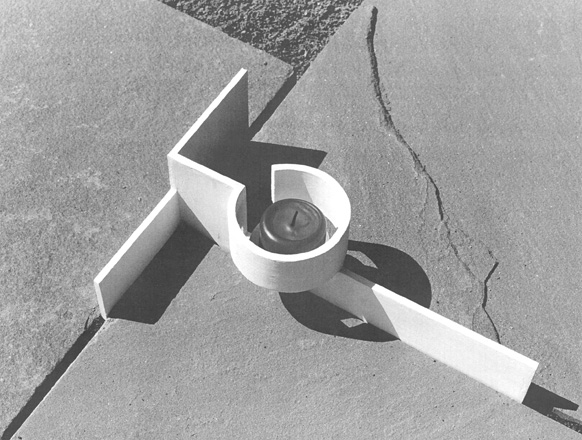 One of the highlights of the presentation was the display of drawings and models. Taberner notes that he was inspired by the work of Carlo Scarpa, who would create textured drawings by layering the original sheet with trace and opaque paper as he continued to work on it and then cut away layers with a knife when he wanted to return to a previous version. This fascination with drawings is clearly evident in Taberner's projects, and having his work on view provided the audience with a glimpse of his design process. 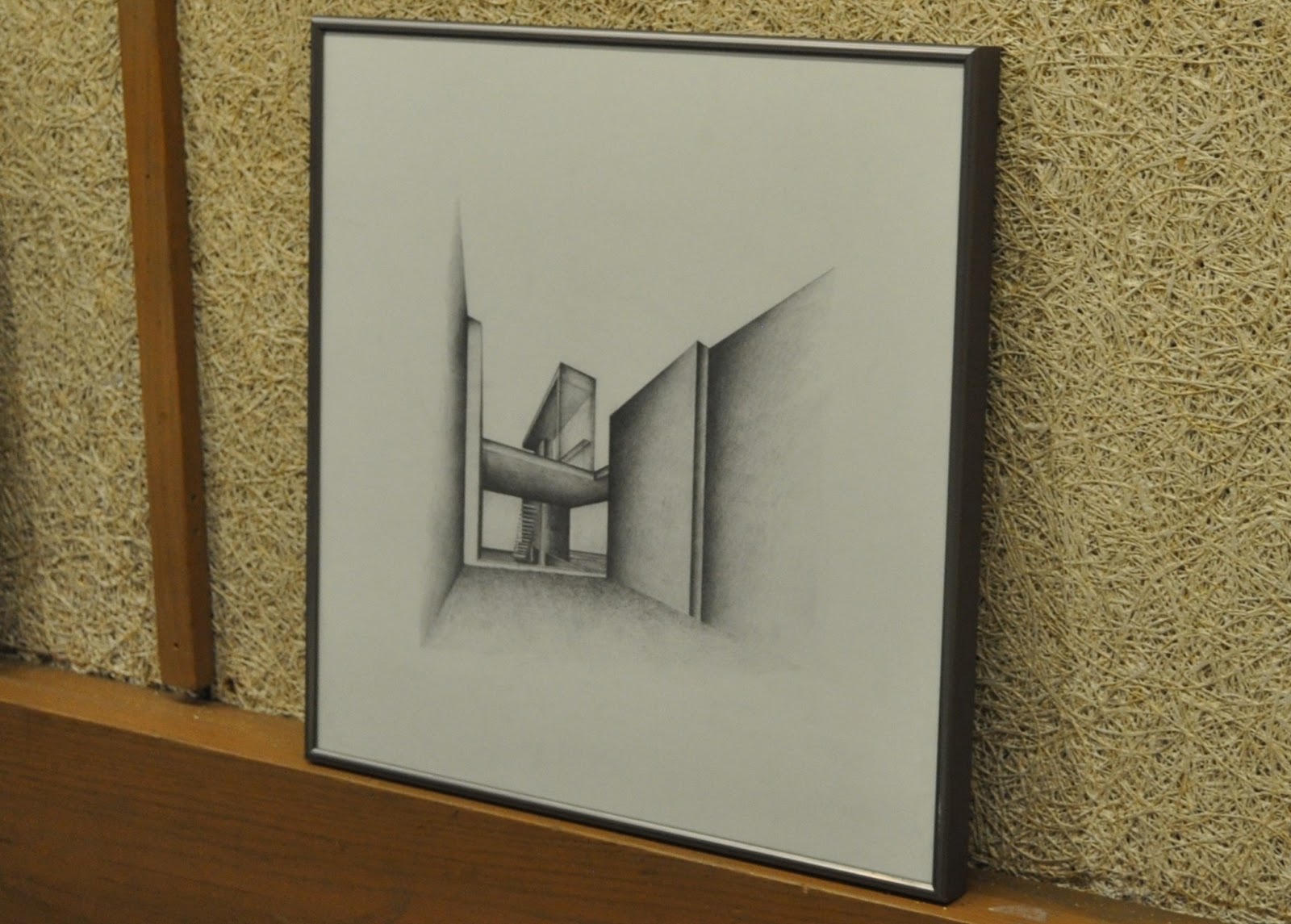 The models on display also added to the presentation, and offered the students numerous techniques to employ in their future work. His use of knives and other tools to shape and inscribe plaster was especially interesting to see firsthand, and the use of gesso to create a white matte surface that eliminates strong reflections was a great technique to learn for model photography. 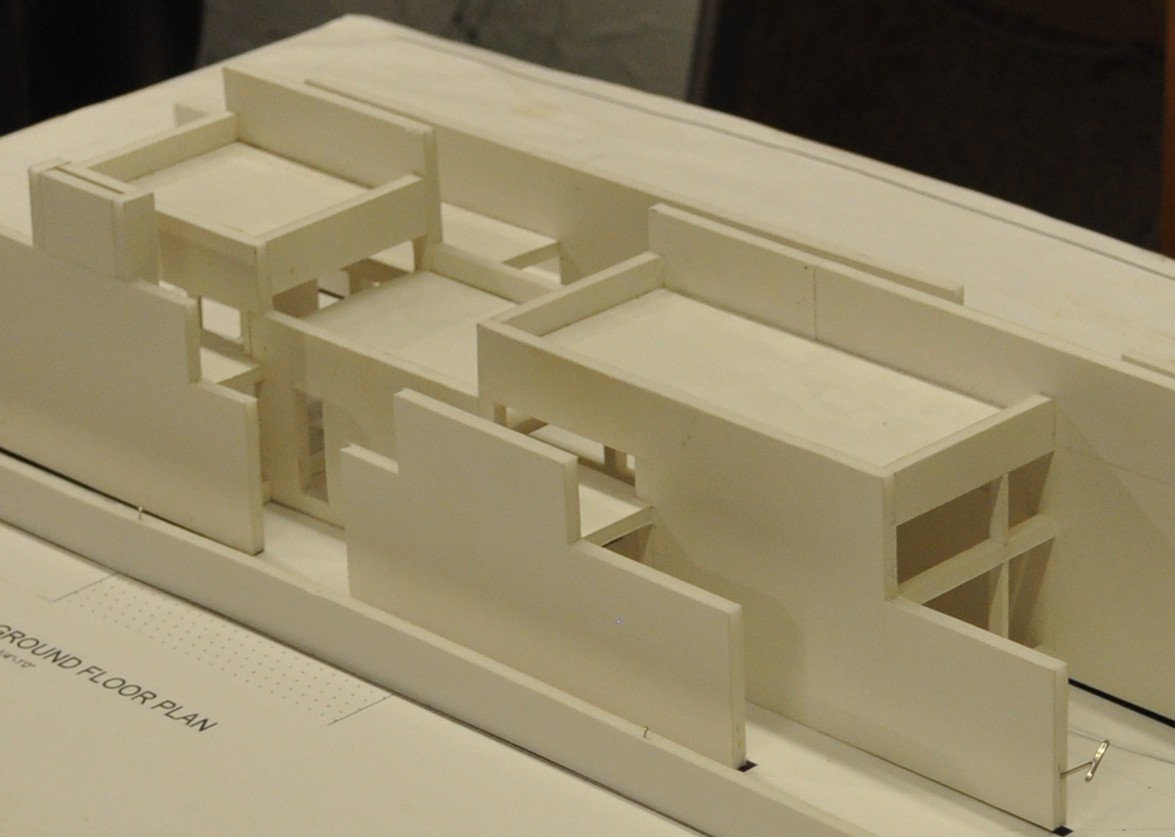 The projects mentioned here are only a sample of the fascinating work that Ian F. Taberner has done. To see more of his work and learn more about him, click here.