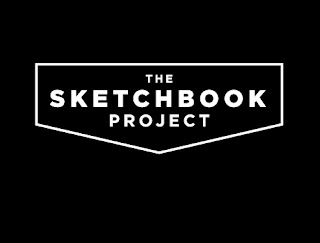 By Rand Lemley, BArch Candidate
The Sketchbook Project is an art project with collaborators around the world. The concept is simple: order a Moleskine sketchbook, fill it, send it back. The sketchbook goes on display at the Brooklyn Art Library and tours around the country. Started in 2006, the project has grown to include over 27,000 sketchbooks from professional artists, elementary schoolchildren, grandmothers, and everyone in between.

Steven Peterman and Shane Zucker started the Art House seven years ago with a project, called A Million Little Pictures (AMLP), where cameras were sent out to people to take pictures, which were then collected and developed to produce a figurative portrait of American life. After AMLP, Peterson and Zucker began to send out the Moleskines. The Sketchbook Project was originally intended to be capped at 500 participants, but grew so popular that they started sending the pages to anyone willing to fill them up. 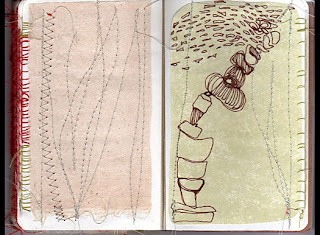 The sketchbooks were originally organized by the name of the artist written on each cover, but this method became so overwhelming that Peterson and Zucker put barcodes on the covers to track where each book is and when it is read, information which is also sent to the artist. While each completed notebook spends most of its time on the shelves at the Brooklyn Art Library, a select number go on tour around the country as part of the mobile library. The mobile library will be arriving in New England soon, with stops in Providence, RI on June 13 and Portland, ME on June 14. Quite a few notebooks have also been scanned into the digital library. 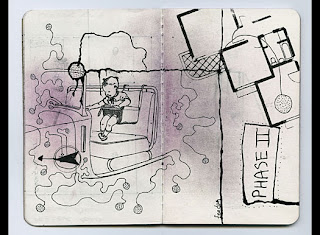 For more information or to join the project, head to their website. The basic sketchbook costs $25 to get set up.