One of the keys to designing architecture that is an integral part of the community is developing an understanding of the people and the history of the area, which allows a designer to determine the program and priorities of a space.  In the first installment of this semester's Student Lecture Series, Dutch Mountains: People, Place, Purpose, Dutch architect Francine Houben of Mecanoo discussed this element of her design process for two of her recent projects. 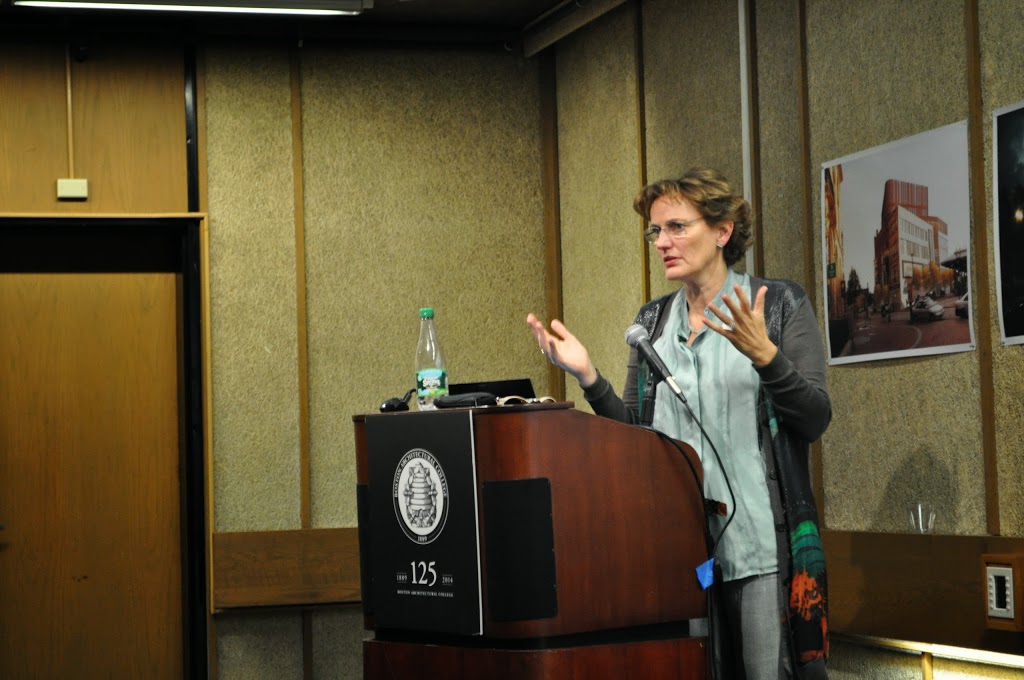 As an architect who works on master plans and landscapes in addition to public buildings and a wide range of residential projects, Houben approaches her work from a macro perspective.  Rather than focusing on the immediate site of a building, she looks at the entire city for inspiration and influences for her design. 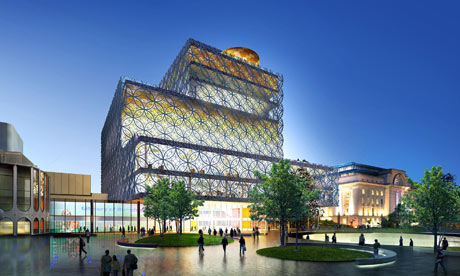 Library of Birmingham - Image from theguardian.co.uk

Her work on the Library of Birmingham, one of her recent projects, began in this manner.  After arriving in the city, she walked the streets of the urban center and compiled photographic documentation to determine its ‘feel’.  She found that the area surrounding her site was the social heart of the city, comprised of many different identities and cultures as well as a significant population of students. Although this was clearly a subjective process, it was arguably appropriate in that architectural experiences are inherently subjective themselves. 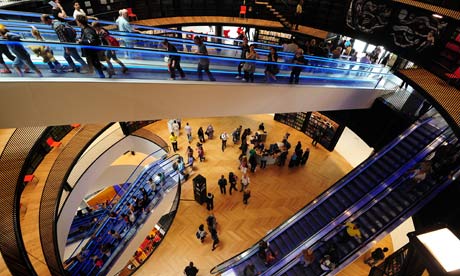 A series of rotundas forms the center of the building - Photo from archdaily.com

Another part of Houben’s research process was looking back into the history of Birmingham.  Its proud history as an important world city during the Industrial Revolution led her to adjust her initial ideas about the program by increasing the size of the archive of historical material.  She also implemented a very strong circular theme, which is a nod to the city’s history of ring making and metalworking.

This theme is ever-present, beginning in front of the building where there is a sunken space that extends the building’s architectural elements to the exterior.  Upon entering the building there is then a sequence of rotundas that leads to a simulated view of the stars.  Wrapping around the building is a frieze of bold and refined intertwined circles that symbolizes the history of craftsmanship in Birmingham. 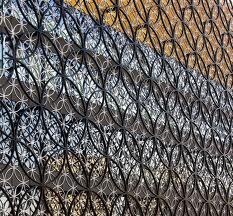 Another project in which Houben was heavily influenced by history and the community was the Dudley Municipal Center, which presented her with the challenge of maintaining coherence between the building and the surrounding area while improving the urban condition and changing its architectural language. 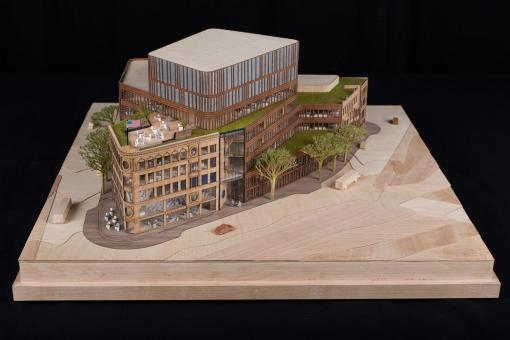 As she did in Birmingham, Houben began this project by familiarizing herself with both the physical and social conditions of the community.  She identified Haley House Bakery Café as a place that embodied the spirit of the neighborhood, and from there established a community involvement process.  An example of the results of this was the incorporation of murals into the design of the project, which she knew were important to the community because of her conversations with them. 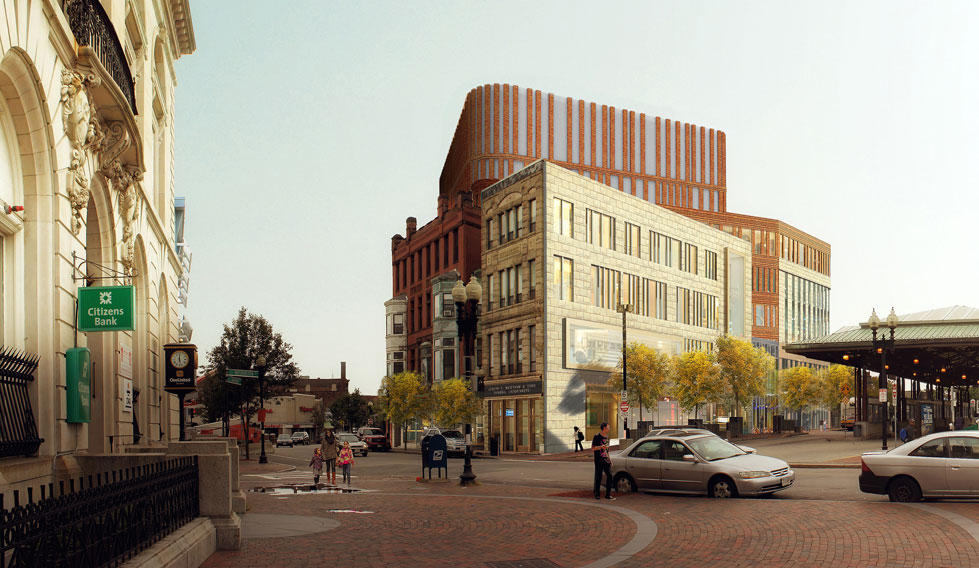 She also incorporated the history of Roxbury and Dudley Square into the building by maintaining the major architectural elements of the existing buildings.  The plinth, infill, and crown systems of three different buildings, as well as their general interior spaces, were all incorporated into the new design, despite the difficulty that this caused in uniting them.  Another influential part of the history was the elevated train that used to run by the site, which was used to determine the locations of the entrances to the building. 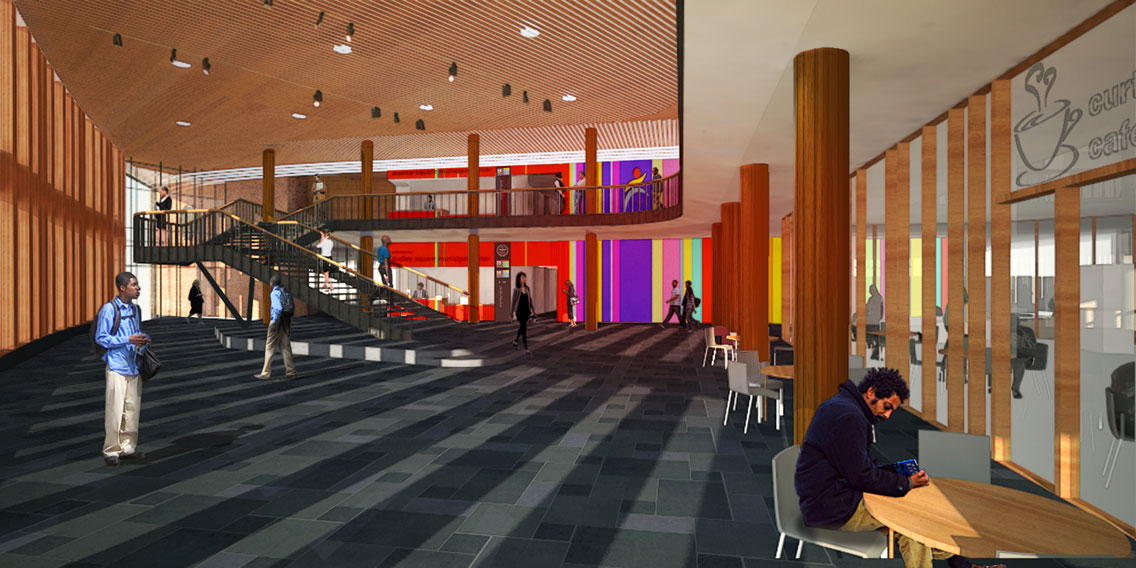 Francine Houben’s lecture was a reminder to prioritize the people who will be experiencing a space throughout its design process.  Making an effort to involve the community allows the designer to understand what will be responded to positively by the people, and ultimately whether or not a particular design or program will be successful.  This can be especially challenging when a neighborhood is significantly impacted by the placement of a new style of designed space within its historical context, but incorporating historical elements can smooth this transition by affording a sense of consistency and comfort to the community.