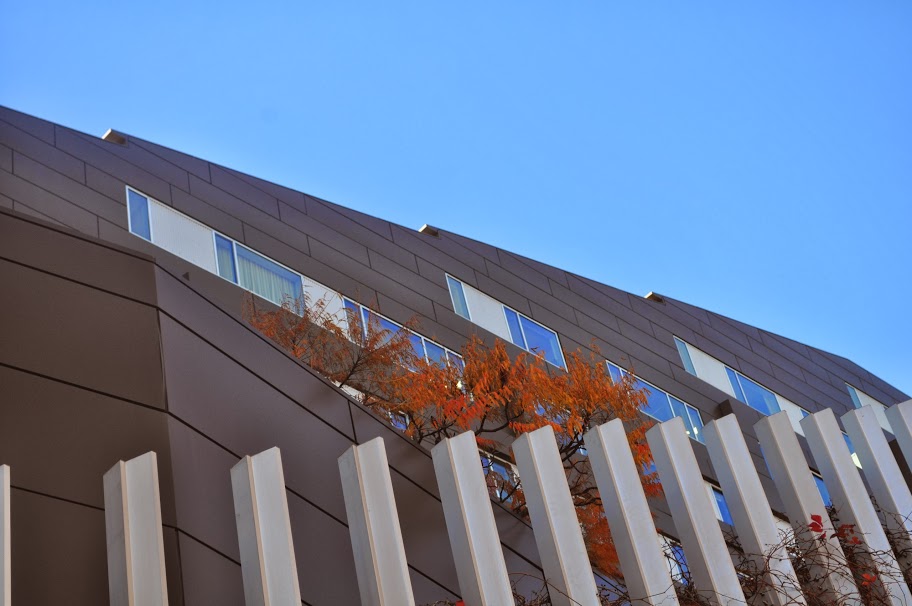 Throughout the past fifteen years, South Boston has experienced a transformation as the city has revitalized the area. One of the crucial steps in this process was the construction of the Macallen Building, a residential high-rise designed by Office dA to set a precedent for future development in the neighborhood. 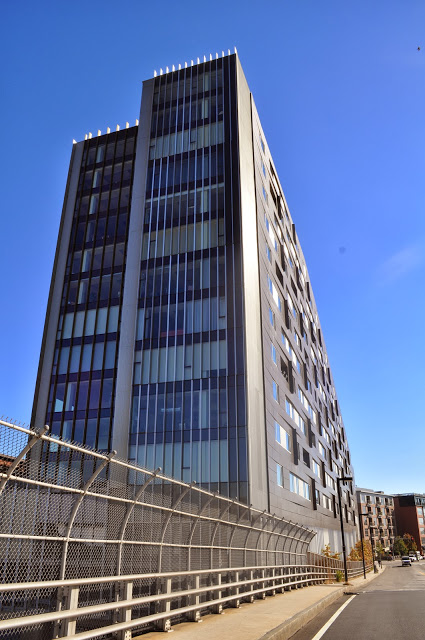 The site of the project is typical of South Boston: it is surrounded by I-93 and I-90 on the west, industrial zoning on the north and south, and a traditional Boston residential area on the east. One of the challenges for the design team was to create a modern, forward-thinking building that would still be harmonious with its surroundings. 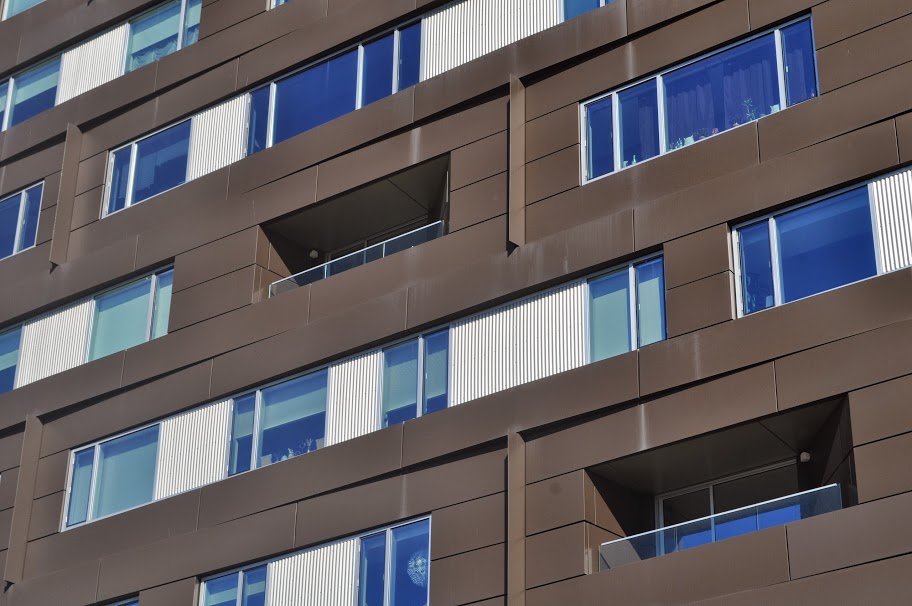 To address this issue, the building was designed with three different types of facades. The highways are faced by a curtain wall with a strong vertical emphasis, the industrial areas are echoed by bronzed aluminum panels, and the old residential area is reflected with a checked facade of glass and brickwork. 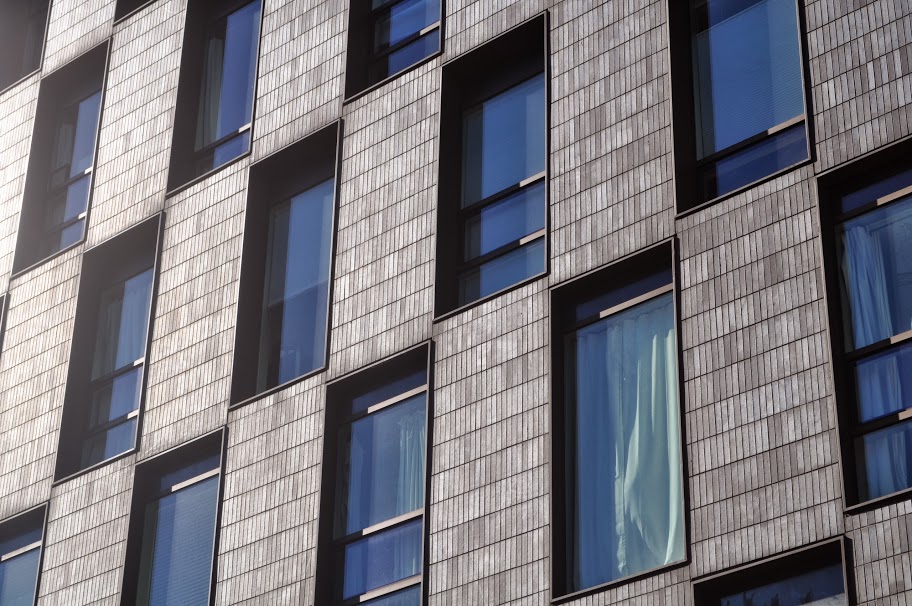 Arguably the most striking element of the design is the green roof landscape, which steps down in terraces towards the east. This makes it visible throughout much of South Boston, serving as a signal of intention to develop the area in a sustainable manner. It also resolves local issues with the urban heat island effect and storm water runoff, both of which have resulted from a glaring lack of green space. 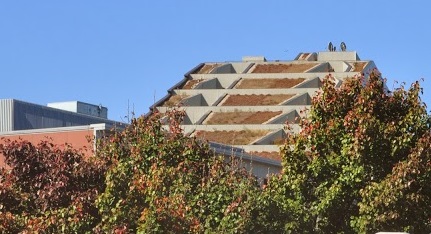 In addition to the green roof, the rest of the building was designed with sustainability in mind. Some of the features include window glazing that improves heating and cooling efficiency, toilet and shower systems that reduce water usage, and cabinets, counters, and shelving units that are made from recycled composite materials. 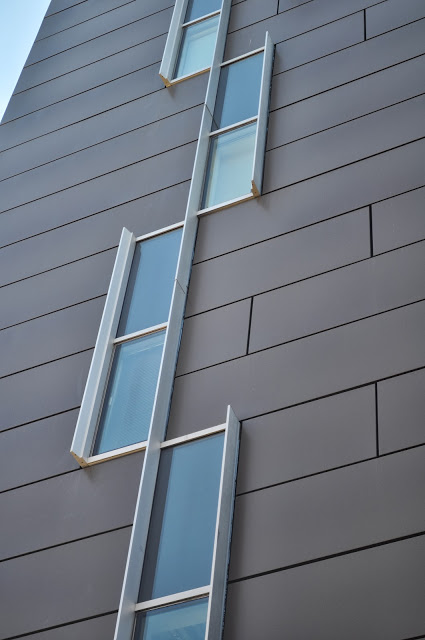 Architectural elements are designed to be both visually pleasing and sustainable

Upon opening in 2007, the Macallen Building was granted LEED Gold certification, making it the first LEED building in Boston. The focus on sustainability and the successful application of a modern design in a traditional neighborhood combined to create an iconic precedent for the urban revitalization of South Boston. 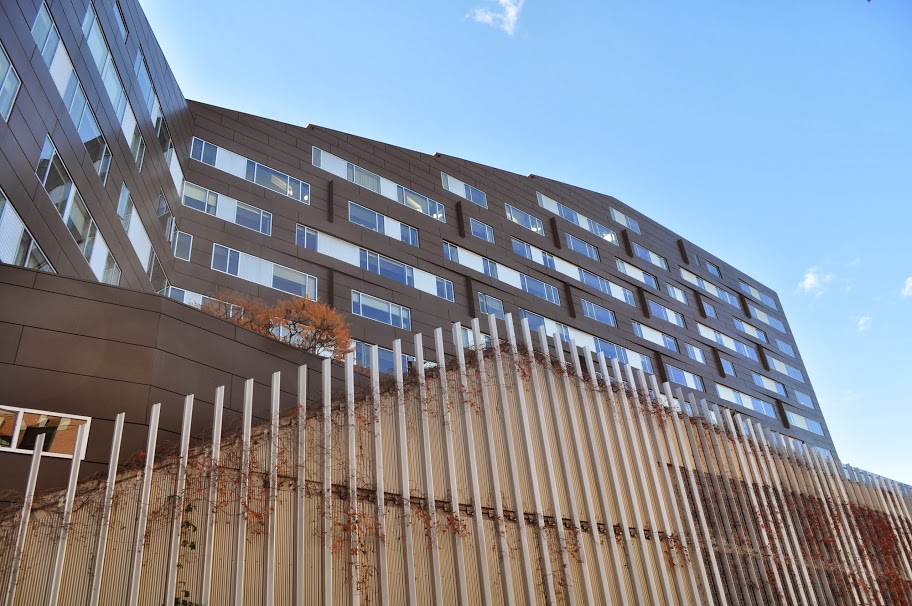 Vertical fins contrast the horizontal emphasis of the north facade

The Macallen Building is comprised of condominiums, so it is not easy to gain access to the entire building. However, the larger scale issue of how the building was designed to simultaneously fit into the existing urban context and influence the future urban context is fascinating, and certainly worth checking out. Just take the T to Broadway on the Red Line and walk one block south to 141 Dorchester Avenue.