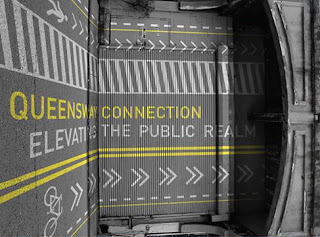 Queensway Connection: Elevating the Public Realm supports Friends of the Queensway and The Trust for Public Land in their efforts to transform an abandoned rail right-of-way into a greenway serving diverse neighborhoods in central and southern Queens. This conversion is similar in urbanism and density to the Bloomingdale trail conversion in Chicago.

This competition seeks to supplement the ongoing feasibility study for the railway's transformation by proposing ways the future park can be activated in addition to recreation and leisure. With emphasis on the park’s access points the competition brief provides an opportunity to speculate about programming and design to extend street activity onto the railway.

Eligibility
The competition is open to all design students and young professionals, including, but not limited to, architects, artists, engineers, landscape architects, urban designers and planners. Entrants are considered eligible if they have completed their education at the undergraduate or graduate level within the past 10 years of the competition announcement (2013). The participants may be licensed individuals within their respective professions.

More Information
For more information about this competition, click here.