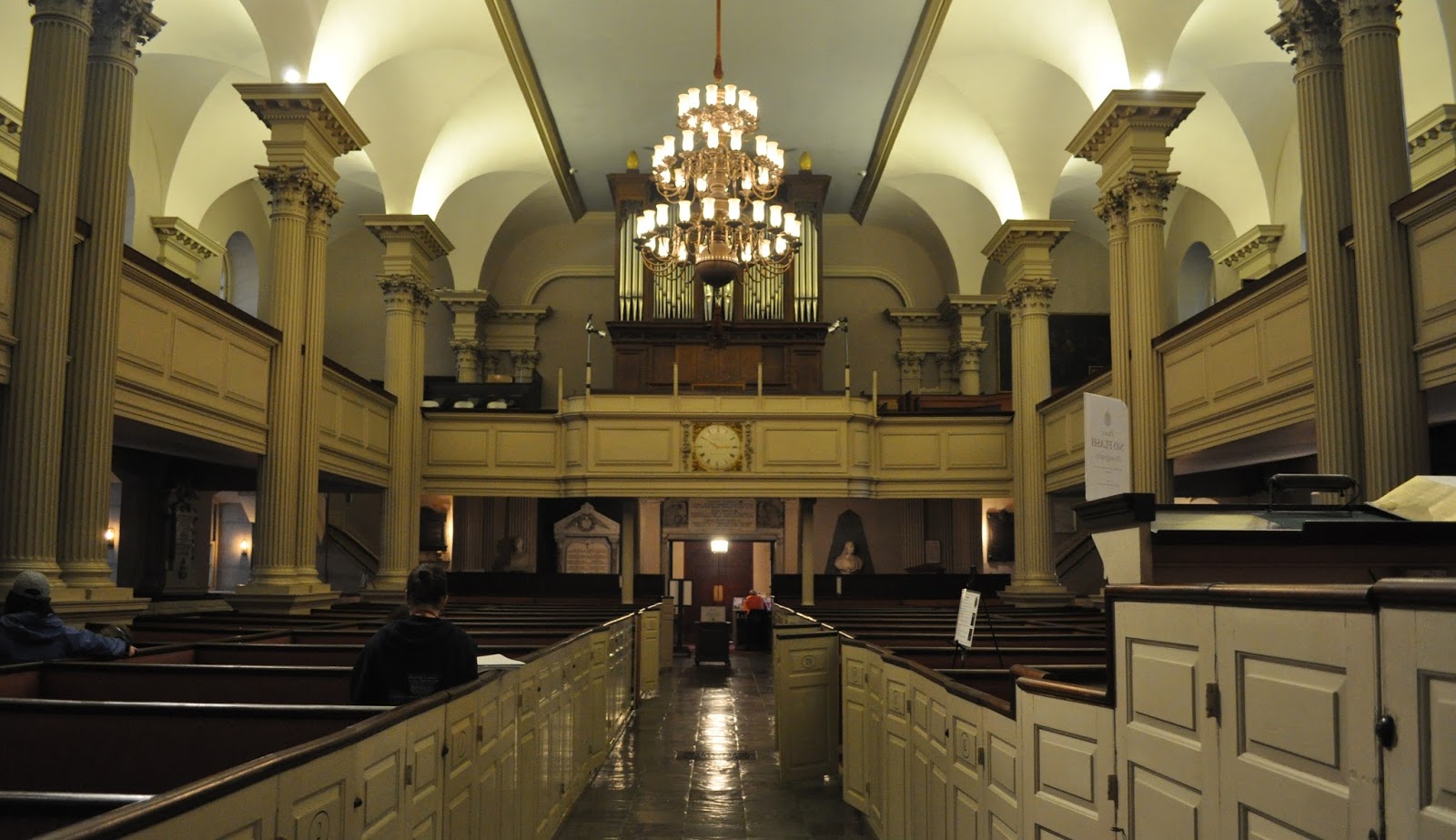 The nave of King's Chapel - Photos by Ian Hester

In the middle of the eighteenth century, the influence of Great Britain upon its American colonies encompassed a wide range of fields, including architecture. Although Americans were developing their own identity, they still looked to classically trained European architects for precedents and inspiration. One example of this is King's Chapel, which is heavily influenced by the churches that were being built in London at the time, most notably St. Martin in the Fields. 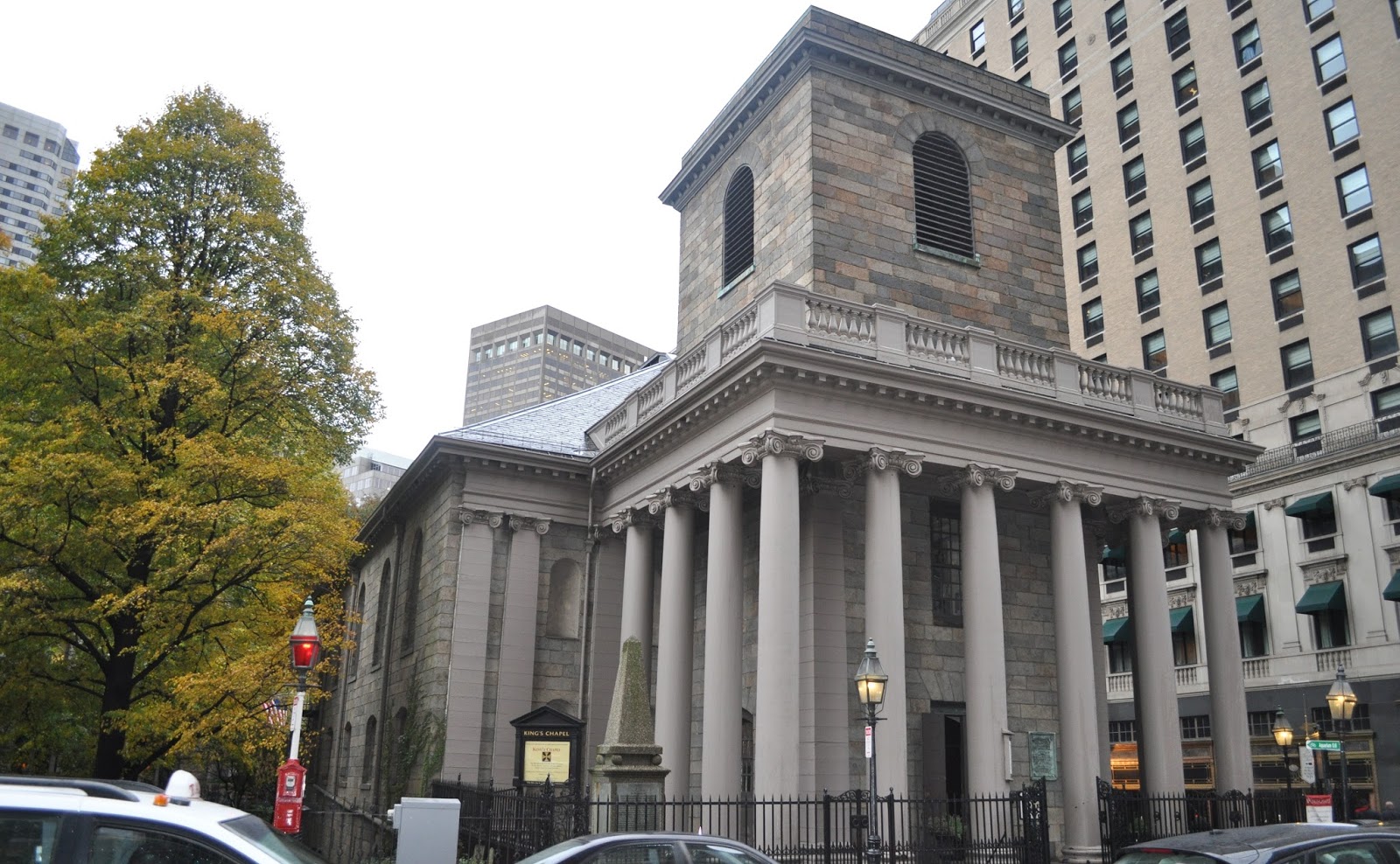 Front facade, with the portico of ionic  columns

The current King's Chapel was designed in 1749 by Peter Harrison, who is widely considered to be the first American architect. His Georgian style design originally included an ornate steeple, but due to a lack of funding it was never built and the portico of ionic columns, made of wood but painted to look like stone, instead became the building's iconic feature. The rest of the granite exterior is quite plain, especially compared to the somewhat ostentatious interior. 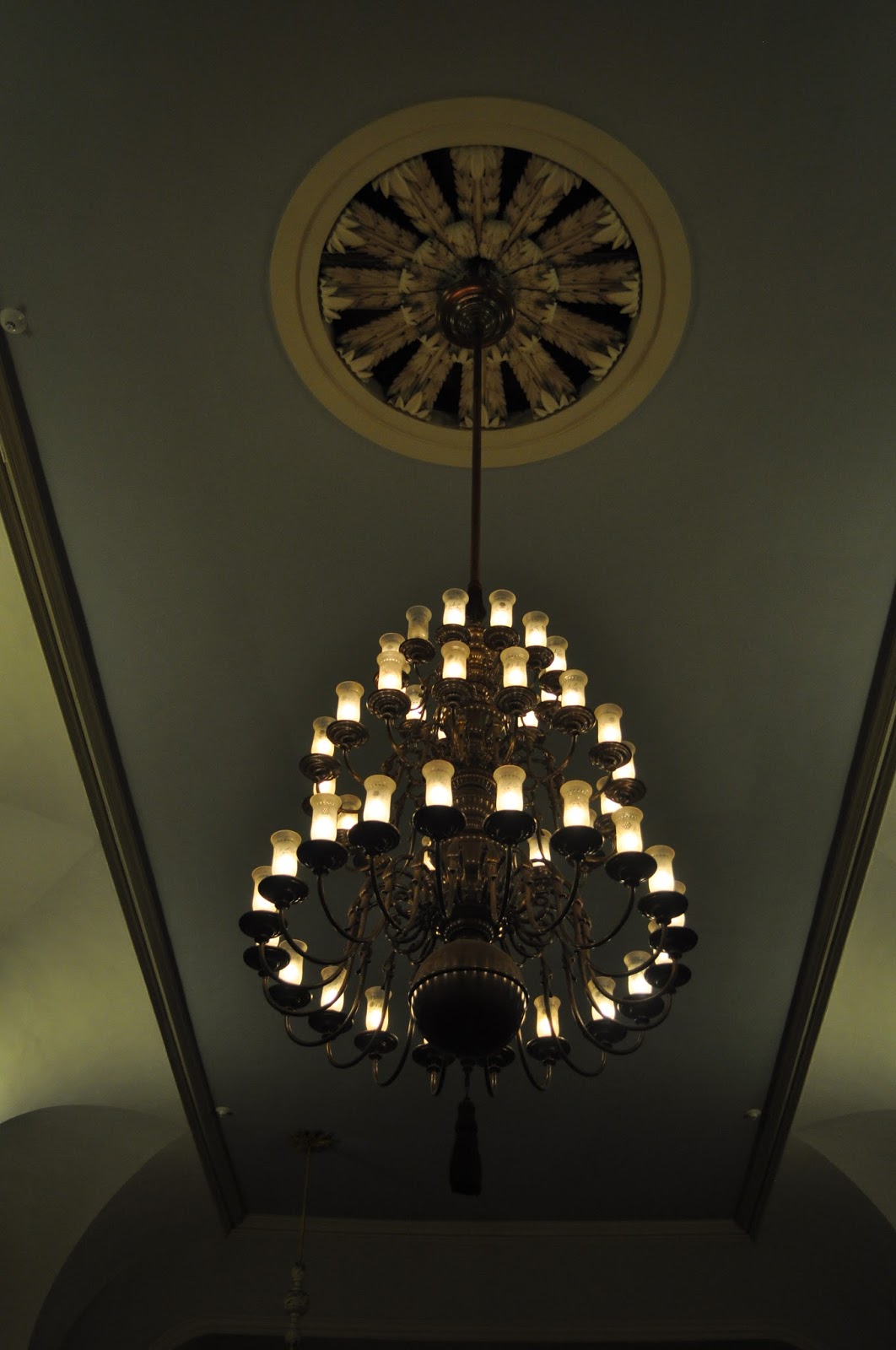 Chandelier hanging over the nave

The interior of King's Chapel is dominated by two-story colossal order Corinthian columns. These vertical elements are paired, a move which adds a sense of strength to the emphasis of height. The Maine pine was lathed on site, and the capitals were carved and adorned by hand by local tradesmen. 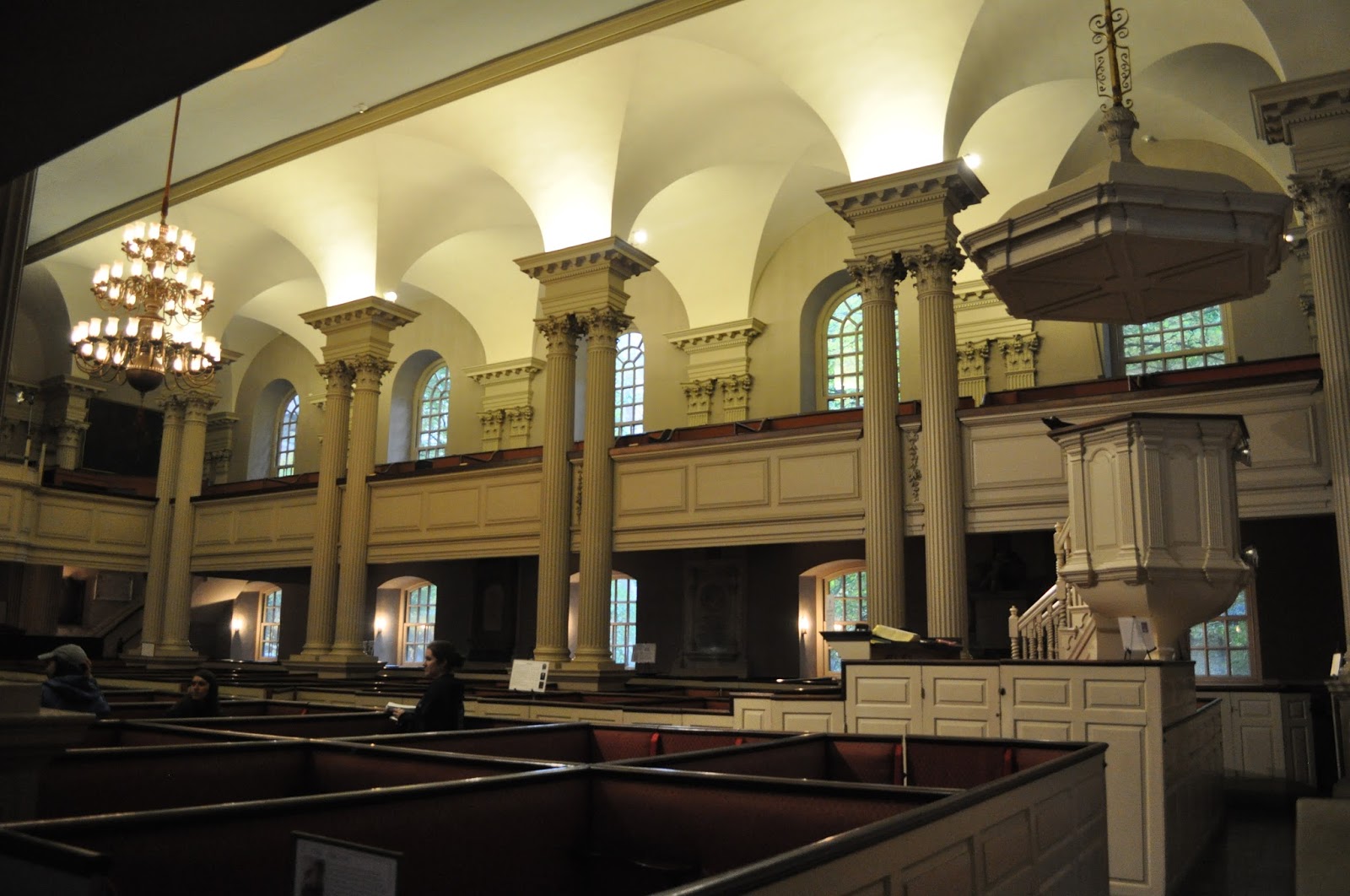 One of the most impressive features of King's Chapel is its history of repurposing materials. The current Church was quite literally built around the previous one so as to minimize the disruption of services, but instead of tearing down the original wooden church it was carefully dismantled, removed through the windows of the new stone church, and shipped to Nova Scotia where it was rebuilt as St. John's Church in Halifax. The only major piece that remained was the pulpit, which was left in its original location, where it still is today. Many other elements of the church have been repurposed, including parts of the altar and the ornamentation on the organ. 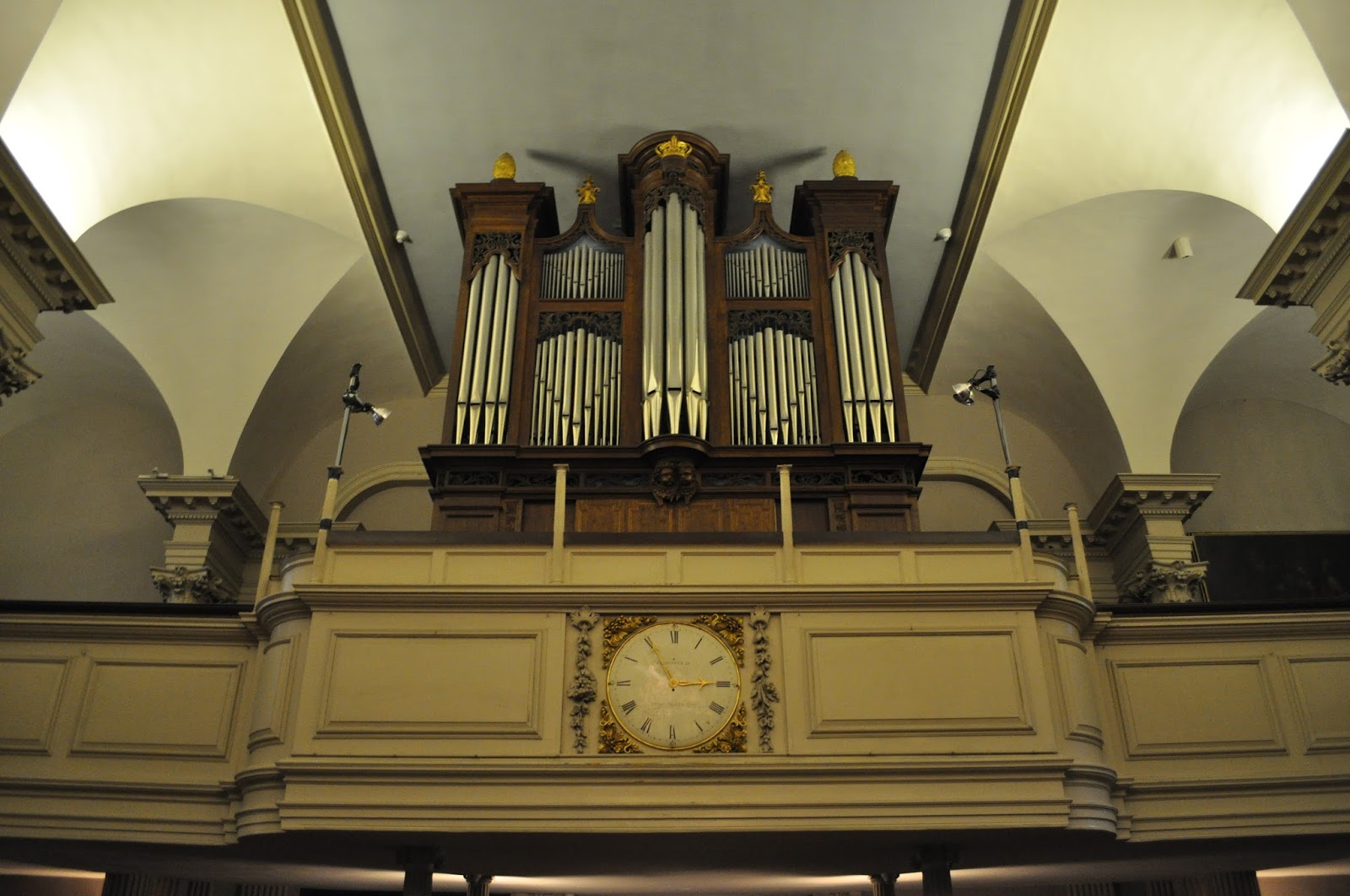 King's Chapel is widely considered to be the finest example of Georgian church architecture in North America. The interior, with its strong verticals created by the double columns and long horizontals defined by lines of pews and balconies, offers an intriguing place to sketch.

If you have a chance, head downtown to the corner of Tremont and School Street and check it out. The T is the best way to get there; Park Street and Government Center are both very close. Keep in mind that the church closes at 4 pm during the winter.