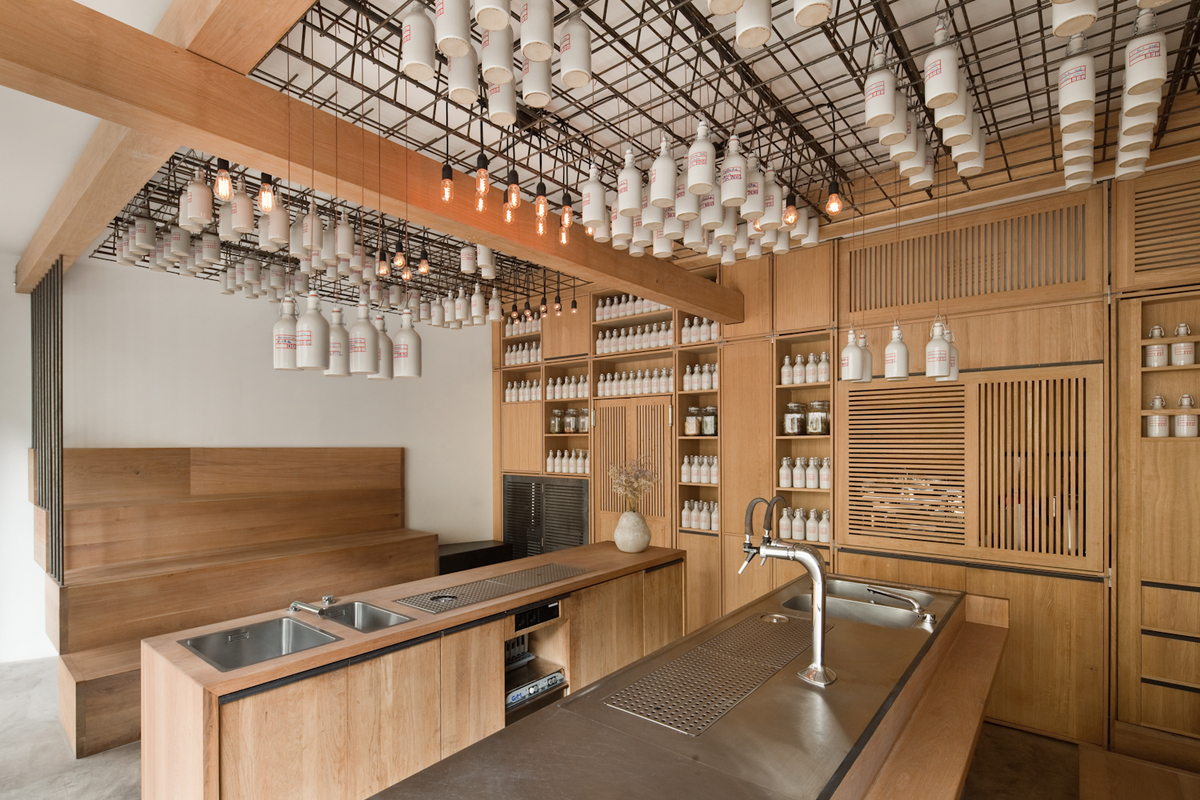 Sex on the Beach, Cosmopolitan, White Russian. A cocktail bar is usually rated by the quality of the classic drinks (and their modern adaptations), but those who hope to get a taste of them at Gamsei, may either look elsewhere, or dare find out what a Lavender Drunk Bee is made of.

Juniper schnapps, verjuice, lavender honey. When owner and head bartender Matthew Bax opened Gamsei 2013 in Munich's trendy neighbourhood Glockenbach, he introduced hyper-localism to a field of practice which had till then been mainly confined to the food scene. At Gamsei, ingredients for cocktails like Lavender Drunk Bee, Mid-Life Crisis and Frühlingserwachen, are either wildly foraged by Bax and his team or grown by local artesian farmers, thus reestablishing a connection with local products, region and culture and offering something that is unique in its kind. Bax, an Australian artist and founder of three bars among which award winning bar Der Raum in Melbourne envisioned his fourth as an antidote to the globalization of cocktail bars; why drink the very same cocktail in every bar you go to in the world? Why not experience the excitement of the new when sipping a cocktail? ...