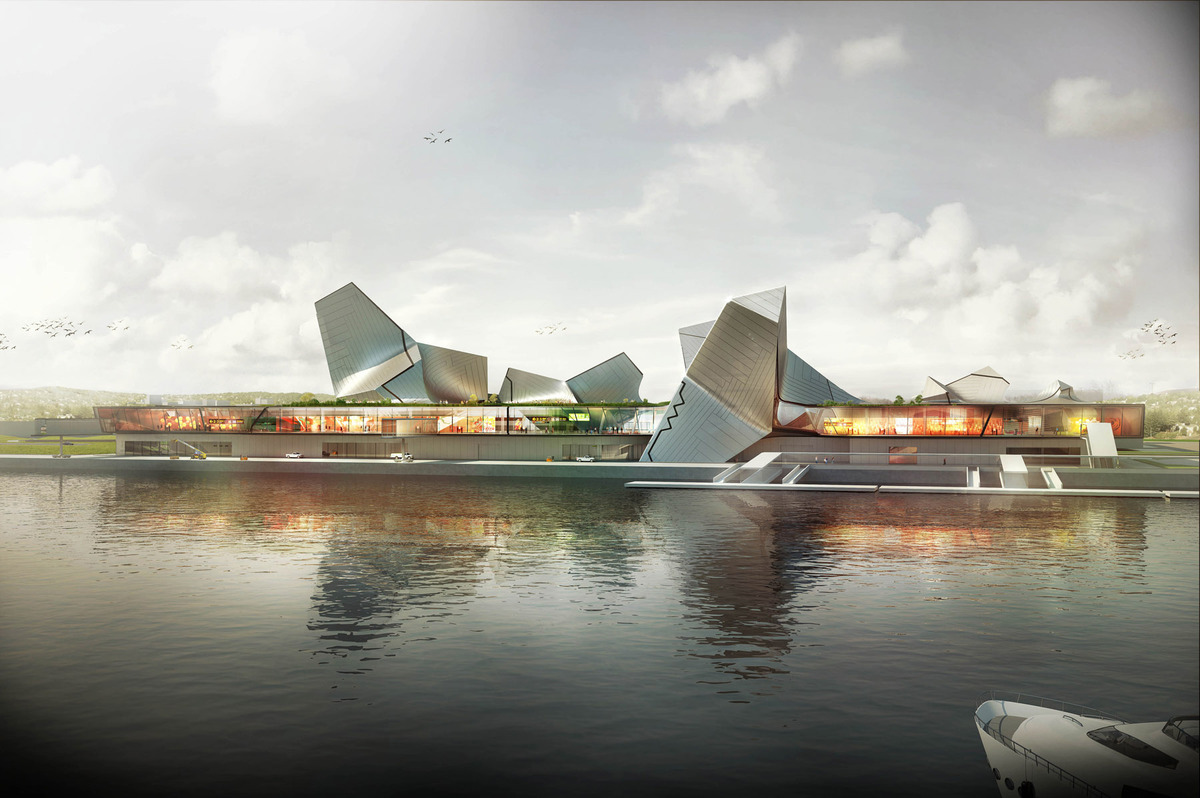 This proposal for the Kinmen Passenger Service Center is based on the idea that what we are building is not just a piece of infrastructure, but also a cultural intervention. To do this, the unique history of Kinmen must be considered. Kinmenese culture has evolved from its Fujian Province traditions and formal establishment as “Kinmen” (meaning: “Golden Gate”) in the 14th century, but also by becoming a multi-cultural crossing-point for trade, having been occupied by the Japanese from 1937-1945 in World War II, and then becoming part of the territory of the Chiang Kai-shek’s Nationalist government after the Chinese Civil War in 1949. During the period between 1949 and 1992, Kinmen was transformed from a quiet island culture into a military front line, which radically changed its way of life. Its ground became three-dimensionalized into a network of underground bomb shelters and sea tunnels for protecting people and ships, while its surface became hardened by military installations. Communication in this era of tense Taiwan-Mainland relations consisted of physical shelling, and visible propaganda slogans and lines of tanks along opposing shorelines...