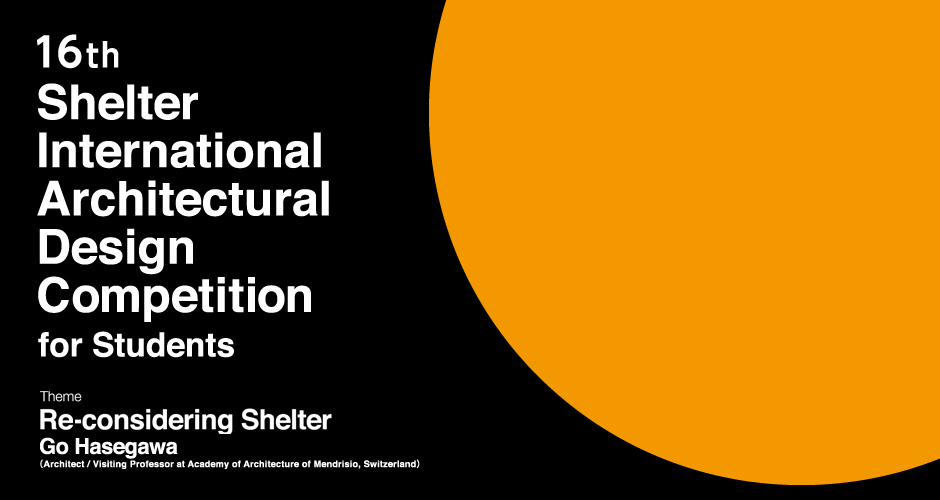 Shelter Corporation of Japan invites under-graduate or post-graduate students at universities or at tertiary institutions (including: junior colleges, colleges of technology, and other relevant vocational schools) as of November 15, 2014, to participate in their annual Student Architectural design Competition.

When we hear the word ‘shelter’ we think of something like a tent, a mountain shed, an air-raid shelter, or a nuclear shelter. A shelter is architecture that is made for a very simple purpose - to protect human beings from harsh nature and from our enemies. While we are there we are protected from storm & rain, wild animals and missiles, and our peace of mind is secure. It is a place of security and safety.

However, we become uncomfortable and weary if we stay too long in such a safe & secure space. Human beings have an urge to communicate with each other, and with nature, even though nature is unstable and sometimes threatening, and interaction with others can sometimes be rather tiring.

The size and structure of your shelter can be freely decided, and you can locate it in a city or in the wild, but you must clearly describe its context and the ways in which it is used. You must re-consider the purpose of a shelter.
I expect ambitious proposals which challenge our conventional ideas of shelter.