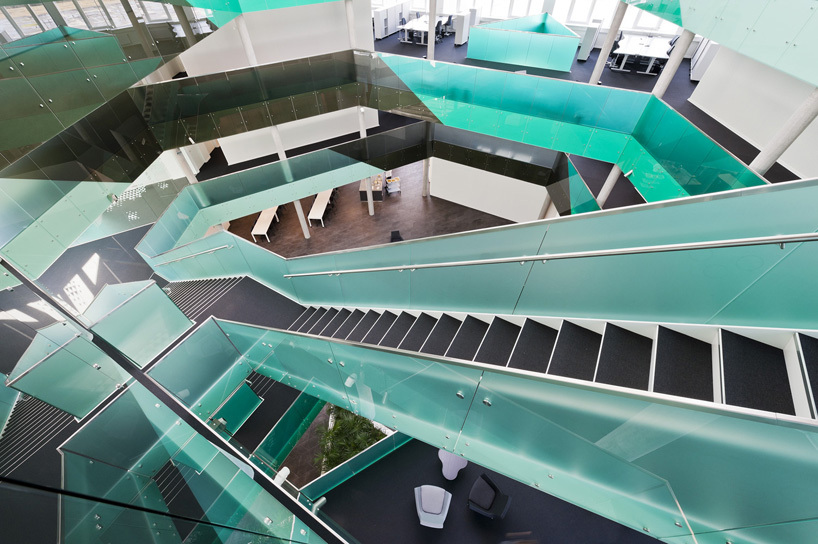 The new domicile for public authority Udbetaling Danmark (UDK) in Holstebro manages a series of vital social services, such as state pension and maternity pay, for the entire region of Midwestern Denmark. The building gathers employees from several municipalities in one new administration building, which has to handle and ensure a centralized and efficient service for the citizens.

In order to create an ideal combination of exposure, building expression, views, daylight conditions and reduced thermal stress, the design uses a clear architectonic concept – a simple yet recognizable triangular construction with manifold and functional spatial formations that developed out of a conscious use of the triangle as shaping element. The triangle is an unusual shape in the Danish architectural landscape and thus, UDK will draw attention to itself, but without visually overpowering its surroundings...