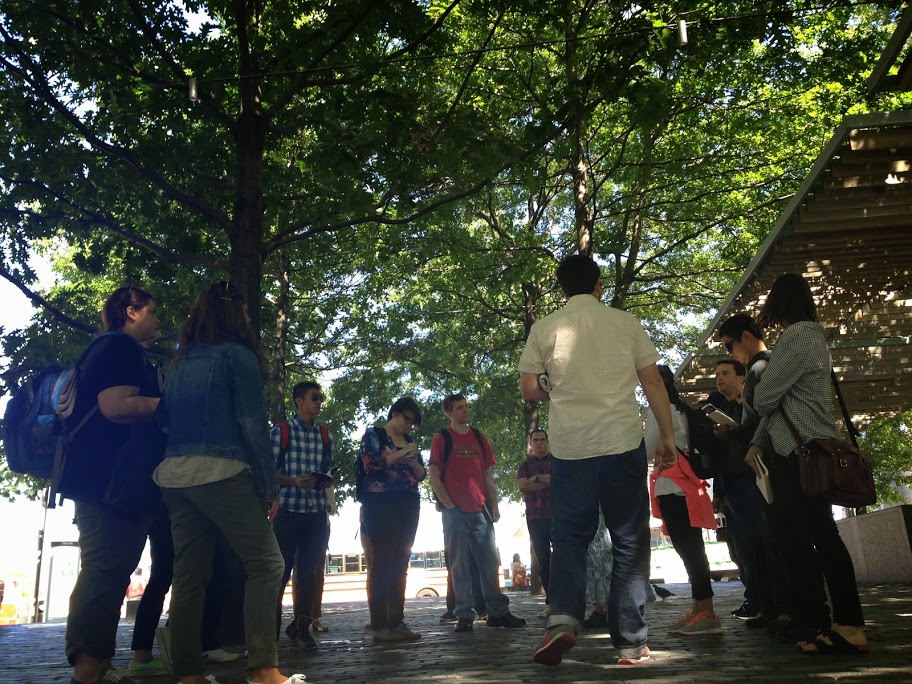 By the start of the third day of CityLab, BAC students have solved many puzzles that Boston hid. However, we still had to ask more questions and try to find answers to them, because the new day of exploration of the North End area was waiting for us ahead. 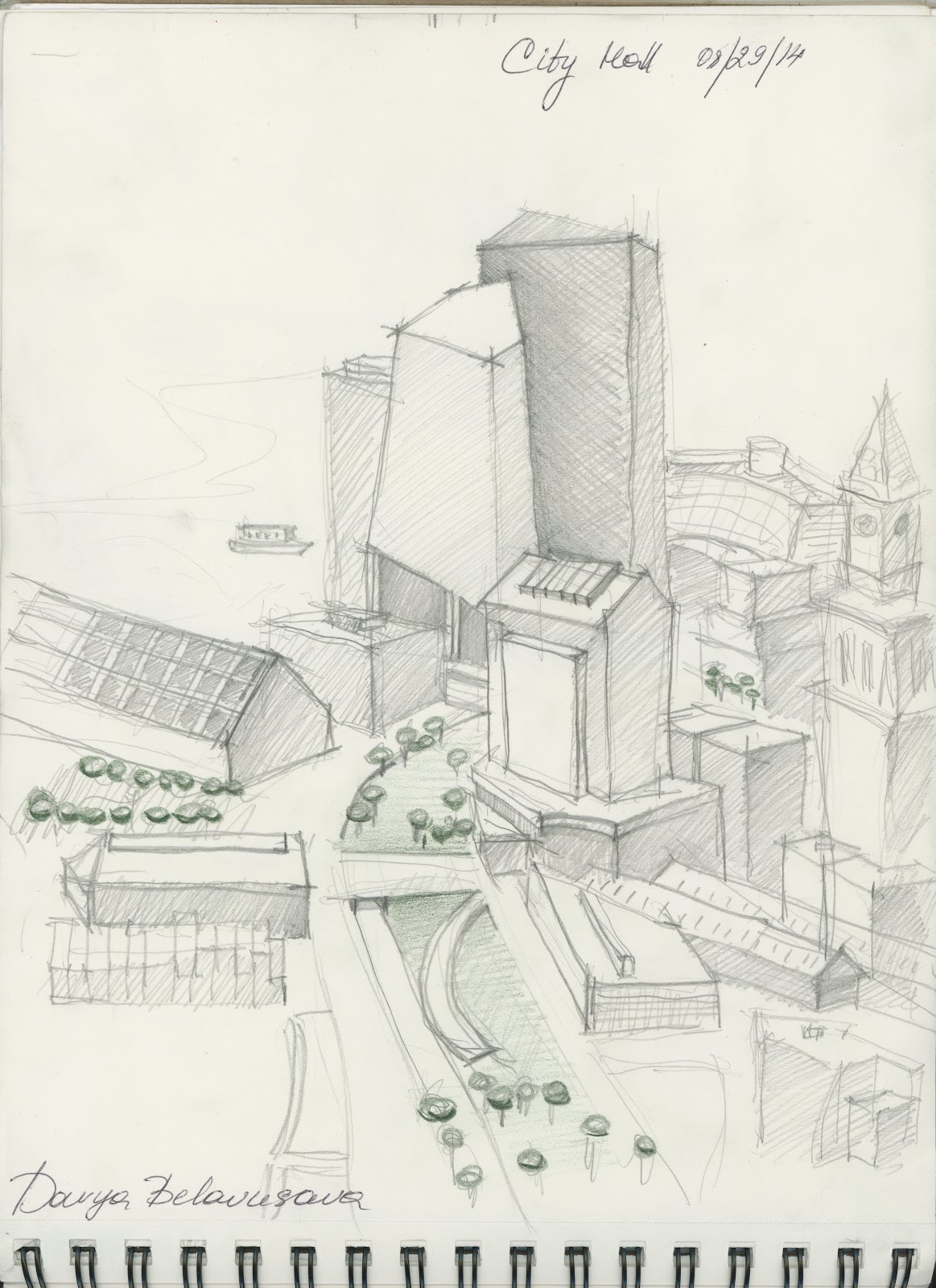 As it turned out, this area of Boston is called Little Italy. Like in Italy, the narrow streets of the North End were filled with small bakeries, stalls (selling true Italian gelato), cafes and restaurants. The smell of freshly baked bread reached our noses as soon as we found ourselves in the one of the streets of the North End. In some places, there were cobblestone walkways and houses in which there were windows with shutters just like in Italy. I caught myself thinking that I did not feel that I am in the CityLab walkabout. I felt like a tourist.

North End, at first glance, seemed to me quite opposite to Chinatown. Welcoming atmosphere reigned in the streets of North End. Doors and windows of restaurants and cafes were wide-open, inviting passers-by to visit the places. The main streets were full of tourists, students and children with their families. However, our group saw a completely different face of the North End, when we came away from the big streets and wandered around the back streets of the district. We came upon a hidden mini park. The park was located between Stillman Street and Morton Street. It was a small area with two tiny, separated from each other, playgrounds and with a basketball court. Along the perimeter of the court, branched trees grow. Their low branches hid half the size of a basketball court, thus creating interference with the free movement of basketball players on the court during a game. After a detailed study of the park, we found a complete absence of artificial lighting. This meant that in the evening the park remained dark and frightened passers-by. We also found a lack of garbage bins, which leaded to the chaotic, scattered throughout the territory of the park garbage. In our opinion, the presence of packets for collecting dogs' poop together with the sign that prohibited dog walking in the park was a contradiction. 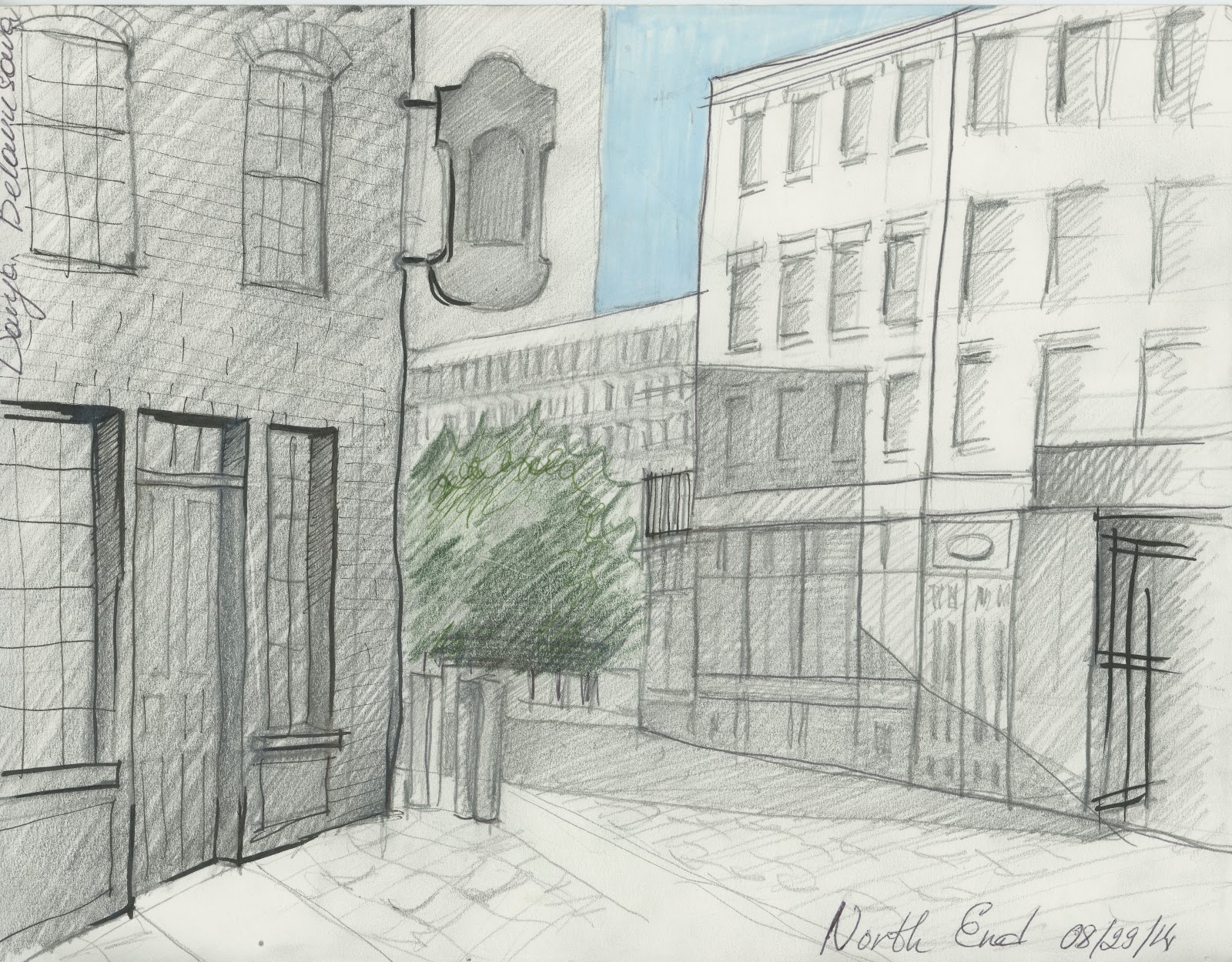 Both new and old houses, which were adjacent to the park with their back facades, had outdoor wiring in close proximity to the children's amusements. A bright mural that was on the wall cracked and pieces of plaster crumbled on the surface of one of the playgrounds. The park looked abandoned: nobody was playing here. It was not surprising, because the park was not easy to find. Based on what we saw, we got the second impression of the North End: the existence of the abandoned or unused places in the area. 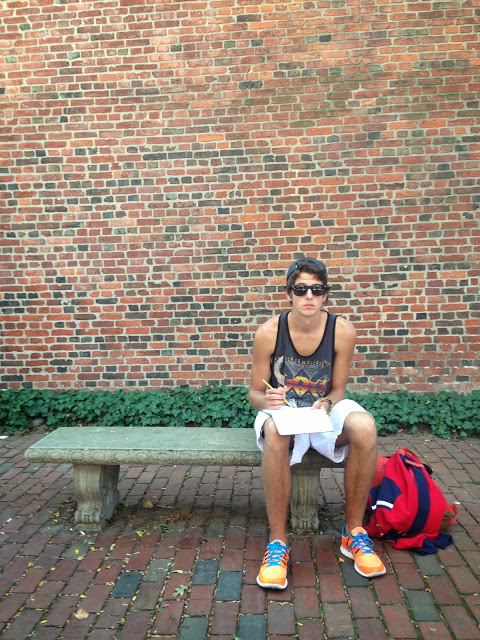 By mid-afternoon, North End made a double impression on our group. However, we still lacked something that could make the picture complete. Interviews with residents and visitors to North End helped us see the big picture. In particular, we were interested in how the lives of people affected by the emergence of the Rose Kennedy Greenway.

The first person I interviewed was in wheelchair. He talked about that in the city there are many problems with the ability to move freely in a wheelchair. The second young man was talking about the new park as about the place, which attracts many tourists and new residents. This is a big plus for his family, because several homes in the North End area belong to it. He was also pleased with the Greenway, because he can use a free public Wi-Fi in there. Three women, who were born and raised in the North End, but have Italian roots, became my third interlocutors. They said the new park is a great place for a family to spend time together. The park attracts new people, which is a plus for the prosperity of local businesses and at the same time is minus because many new residents do not respect the neighbors. In particular, they were talking about college students, who often hold a noisy party in the middle of the week. 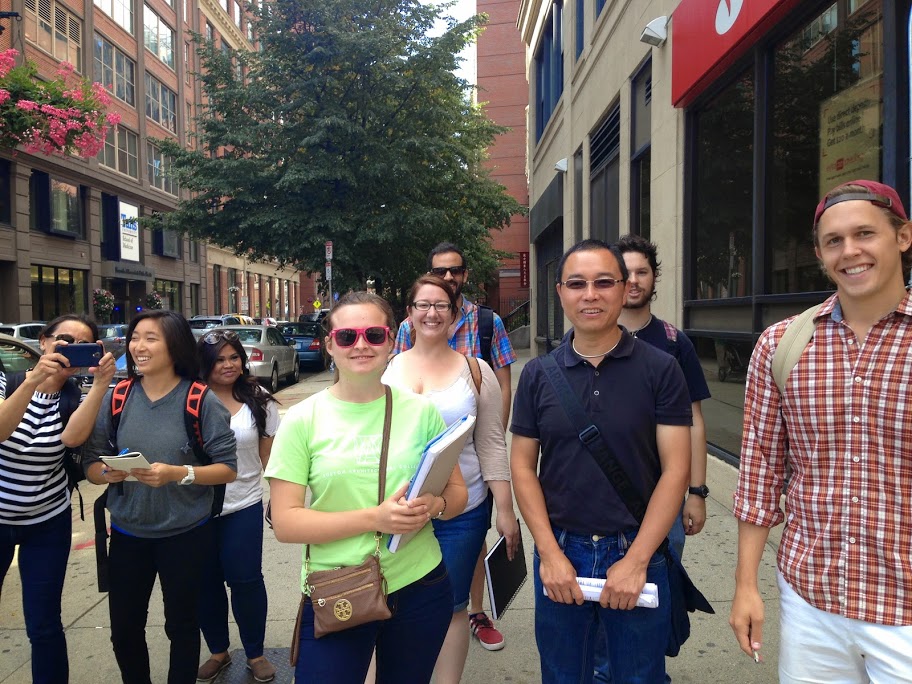 Experience that I have gained by examining North End during the third day of CityLab Intensive class has become invaluable for me. I realized that one of the tasks of the architect is taking into account the set of all factors. Architect must see the whole picture in order to create the successful project. Everyone has their own way of looking at things. Positive and negative aspects for each person will be different depending on his/her way of life. To understand how to create a successful environment is possible only through a personal interviews with the maximum number of people in order to find out more about their expectations and suggestions. There must be direct contact between "the creator" and "the future user." It has become one of the most important lessons I learned during the CityLab Intensive.

To see photos of the second weekend of the CityLab Intensive, including Darya's North End walkabout and the concluding design intervention charrette, click here.