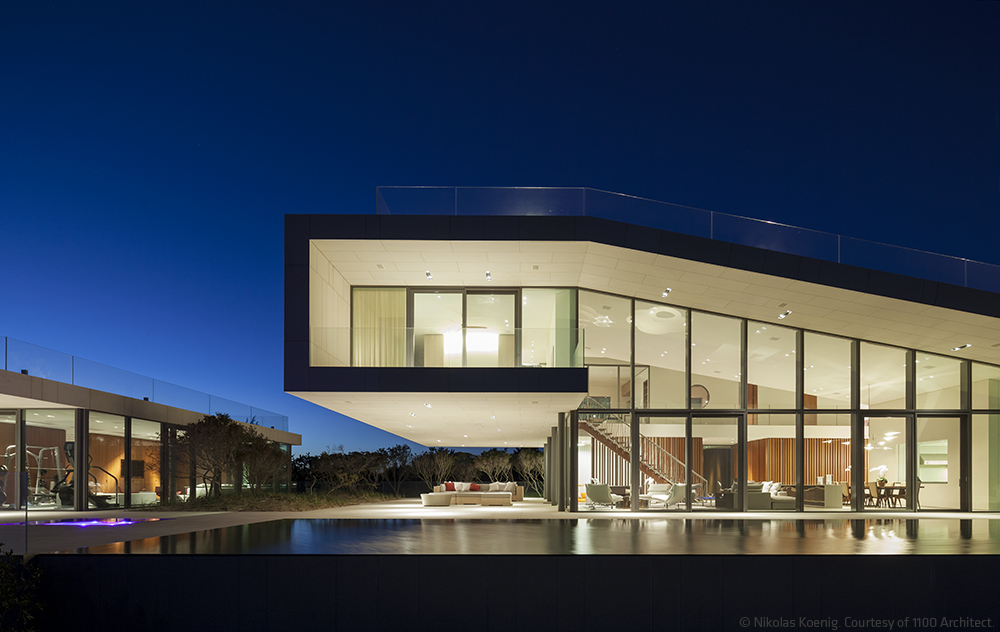 Situated on the eastern shore of Long Island, the design of this beach house is conceived as emerging from the landscape. The house is composed of two elements – the main house and a pavilion – that are situated on a base that extends into the landscape. From the driveway entrance on the northern side, the house appears as a largely solid, stone-clad volume with rectangular perforations for the windows. In contrast, the more private southern façade is composed almost entirely of glass to maximize ocean views and sun exposure. What initially presents itself as a classic modern box unfolds to become an unexpectedly open sculptural figure...