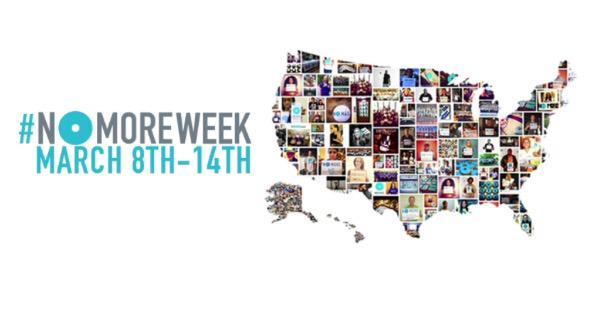 #NOMOREweek starts today!  Join the BAC as we say #NOMORE to domestic violence and sexual assault!

What is NO MORE?
NO MORE is a public awareness and engagement campaign focused on ending domestic violence and sexual assault. Using its signature blue symbol to increase visibility and foster greater dialogue, NO MORE seeks to break social stigma, normalize the conversation around domestic violence and sexual assault, and increase resources to address these urgent issues. NO MORE is aligned with hundreds of organizations working at the local, state and national levels on prevention, advocacy, and services for survivors.

What is NO MORE’s history?
The idea for NO MORE was sparked in 2009, in recognition that despite the significant progress made in the visibility of domestic violence and sexual assault, these problems affecting millions remain hidden and on the margins of public concern. Hundreds of representatives from the domestic violence and sexual assault prevention field came together around the idea that an overarching symbol, uniting all people working to end these problems, could have a dramatic impact on the public’s awareness.

According to the Avon Foundation for Women’s 2013 NO MORE Study, 60% of Americans know a victim of either domestic violence or sexual assault, or both, yet two out of three Americans have not discussed this problem with their friends, and three out of four parents have never discussed it with their children. NO MORE aims to change that, and our data tells us that increased conversation is the key to change: in the NO MORE Study, two-thirds of Americans say that if we talk more about domestic violence and sexual assault, it would make it easier for them to help the victims.

The signature blue “vanishing point” evolved from the concept of zero – as in zero incidences of domestic violence and sexual assault. It was inspired by Christine Mau, a survivor of domestic violence and sexual abuse who is now the Director of European Design at Kimberly-Clark. The symbol was designed by Sterling Brands, and focus group tested with diverse audiences across the country who agreed that it was memorable, needed and important.

Find out more on the www.nomore.org website
#NOMOREWeek Office of Student Life