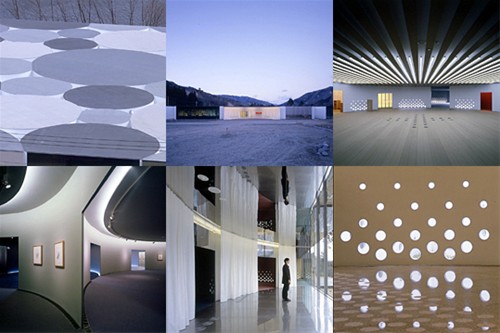 Tomihiro Hoshino is a painter and poet. Tomihiro’s artwork inspired Aat + Makoto Yokomizo Architects to create a museum that honored the artist’s conception of character. The building places each cylindrical space with its distinctive attribute near another - giving each room a strongly defined identity and encouraging the visitor to experience and understand the coexistence of things by moving through the building. In this way, the architecture is similar to a bento box with varied things coexisting next to another. The architects played with circles in plan representing different size rooms - arranging them for flow and balance - like a thoughtful maker of bento. Additionally, this project reads as a box set on the landscape as though it were a platform. It stands as an object resting on the ground. The roof is a primary facade even from above as one approaches. The building’s color and material pick up on seasonal conditions - the fog, the nearby mountains, the color of the sky, and the artist’s work. Nestled in the hills of Gunma, Aat + Makoto Yokomizo Architects have playful arranged a series of circular spaces to create the Gunma Museum. This composition is carefully placed with a box. Visitors to the museum can experience these thinly crafted spaces along side of views.

The Gunma Museum can be understood as a manifestation of bento sensibilities at many levels. The balancing of programmatic elements can be thought of in a similar way to careful arranging of food. The way the architects have contained it all within a box furthers our understanding of how architecture can contain a landscape. 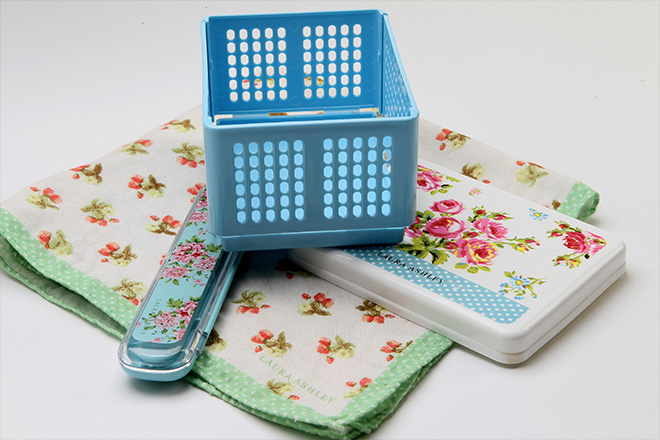