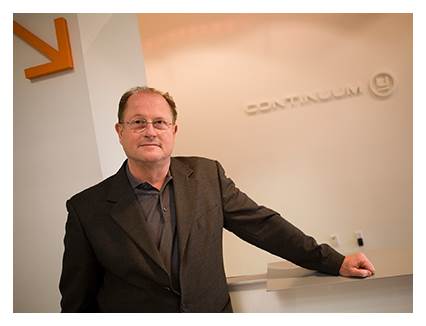 The Boston Architectural College is pleased to announce Gianfranco Zaccai, B.Arch '78, as the 2015 Commencement Speaker. Gianfranco Zaccai is president and chief design officer of Continuum LLC, an international multidisciplinary design consultancy, which he founded in 1983 as the first fully integrated design and development firm in the world.

Zaccai is known for championing a holistic and highly integrated approach to innovation research, design, and development. This vision has resulted in the design and development of many highly successful products that have gone on to define their category, from the Reebok "Pump," to Procter & Gamble's breakthrough SwifferTM waterless cleaning system. With development of the "Pump," Zaccai set the stage for a new "experiential" movement in design, now becoming widely embraced, to move the designer out of the loft and into the world of the consumer, even before product development begins. Since 1988, Zaccai has been involved with the Herman Miller Company in strategic engagements focused on developing innovations in health care. His holistic design research and development process has resulted in the revolutionary CompassTM System for patient and exam rooms as well as the NalaTM Patient Chair. The MetaformTM Trans-Generational Personal Hygiene System developed in1990, though never produced, set a new vision for systems to facilitate independence for people with disabilities and their extended families. The Metaform System has been featured in exhibitions at the Smithsonian Cooper Hewitt National Design Museum in New York and on HGTV.