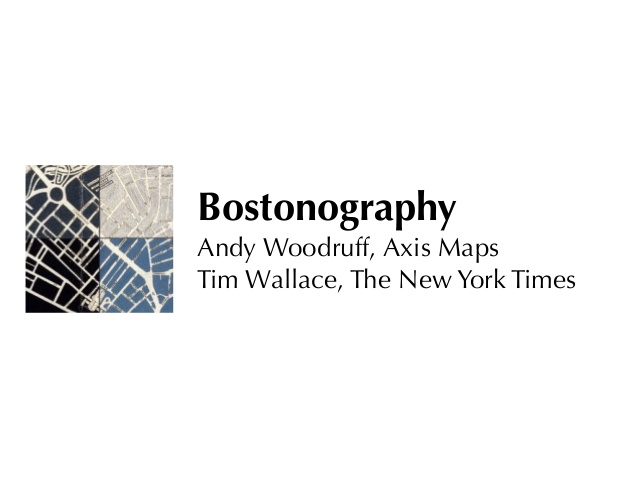 I moved to Boston less than a year ago, and I can say that learning to navigate this small city has at times proven to be a big task. What has helped me “learn” this city however is not google maps, but more so an understanding of the nuances of neighborhoods, dynamics of a particular area, transportation routes, and other less seemingly obvious mapping utilities. Bostonography seeks to make visual these unique elements of Boston that have yet to be communicated through mapping.

Andy Woodruff and Tim Wallace, the two creators of Bostonography, have a passion for both the city of Boston and maps themselves. Bostonography offers them a chance to combine these passions and create some really unique and interesting maps. The duo also posts many impressive maps made by others, as well as some discussion of Boston-centric information in a non-map format here and there.

This winter the guys at Bostonography had some fun posting and mapping about the craziness that was weather in Boston. This animated map of snow depth across New England throughout the course of the winter by SNODAS depicted not only where snow fell the most and least, but also how long it stuck around for. Woodruff and Wallace pull maps from various national databases often, sometimes aggregating data themselves for their own maps. On the other hand, Bostonography loves to have fun with maps. They reposted maps made by Sara Morrison, senior writer at Boston.com, depicting the state of the MBTA this winter using only the MBTA T map and emojis, yet they were surprisingly effective and accurate. 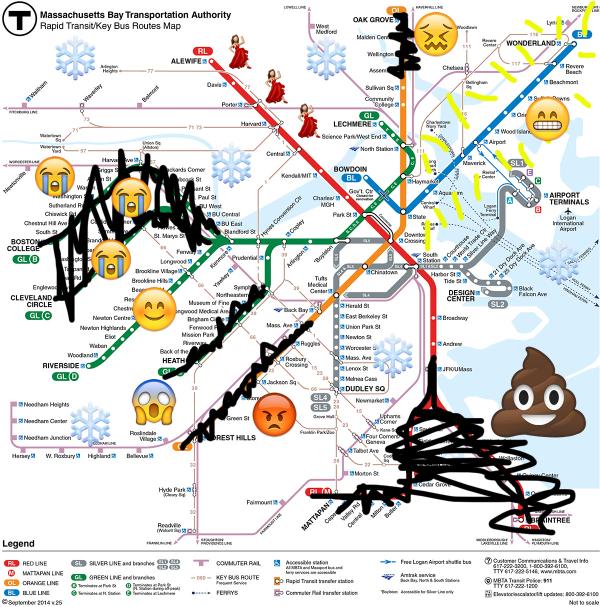 Aside from the more conventional and the goofier, Bostonography has a lot in between. The duo has created maps including: ‘Liquor License Maps’, a ‘Boston’s Photographic Colors’ map, a ‘For Here or To Go’ map, a ‘Distances to Cemeteries’ map, and this awesome ‘MBTA Bus-iness Day’ map revealing bus speeds along bus routes on a typical day. The data showed something of an x-ray of transportation routes in, under, and through the city, with blue representing the fastest speeds. 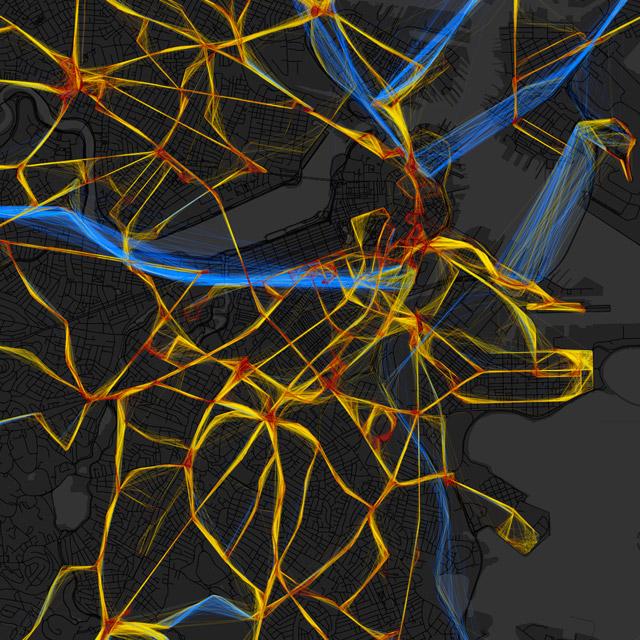 We all use maps every day, whether in the classroom or out of it. We also all live in or near Boston. Bostonography is a great resource, if not for seeing where the most parking tickets are given out in Cambridge, perhaps for some actual data or inspiration for a project you might be working on. And if you have created a map you’re proud of, send it off to Bostonography - maybe your map will make it on the blog! Enjoy learning about your city in a whole new way.