In the BACkground :: Government Center Revisited (Part I)

Chances are you have walked by, in, or around Boston City Hall. Whether you love it or are terrified by it is another story, but the gigantic monolithic structure certainly elicits some kind of response from everyone. The building, designed by Kallmann McKinnell & Knowles and completed in 1968, however, is just a part of the greater story of the Government Center redevelopment and Boston’s first large urban renewal scheme. This renewal plan razed what was Boston’s Scollay Square, a dynamic theatre district, and in its place made room for seven major structures centered around a large plaza. What few know about Government Center however, is the design work and the many notable architects who had a hand in creating what has become Boston’s most polarizing district.  Walking around the roughly 60-acre area, it was hard to imagine what this part of Boston might have looked like before 1960, and based on public opinion, perhaps what it might look like in years to come. 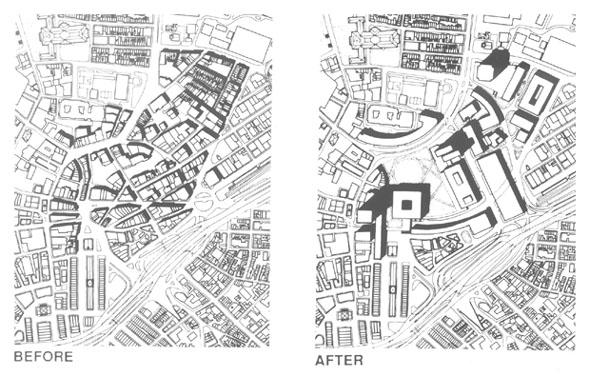 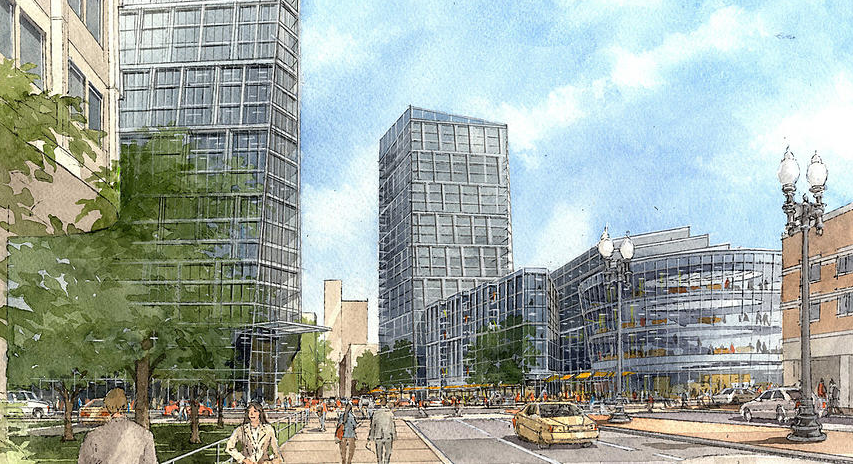 As you make your way around the garage and southwest along Hanover Street, City Hall Plaza reveals itself. The plaza itself was apart of a master plan designed by I.M. Pei, but never fully realized to the extent he had intended. The plaza was loosely based off of the main plaza is Siena, with a sloping expanse of bricks, yet few would call it a success. To the right as you walk up the steps of the plaza is the massive John F. Kennedy Federal Building, named after the late President shortly after his assassination. Consisting of a large four-story building connected to two 26-story towers, the John F. Kennedy Building is home to the IRS, the US Department of Labor, the US Equal Employment Opportunity Department, and many other government offices. The design of this massive building was at the hands of another well-known architect of the time, Walter Gropius. Construction began in 1963 and took only three short years to complete.

In the BACkground Student Involvement