IIDA New England would like to announce that the call for entries for the 2015 Education Fund Student Scholarship is now open!

As part of IIDA New England's commitment to the education of  student members, the Education Fund Student Scholarship was established in 2014. The annual initiative will award three New England design students scholarships in the amount of $1,200 each for the 2015 Fall Semester. Recipients will be announced at the IIDA NE Annual meeting in June and will be featured on the IIDA NE website in September.  Applications are due May 31, 2015.

The application and recommendation forms can be found below. The forms may also be found on the IIDA website at the following link: http://iidane.org/iida-ne-education-fund/ 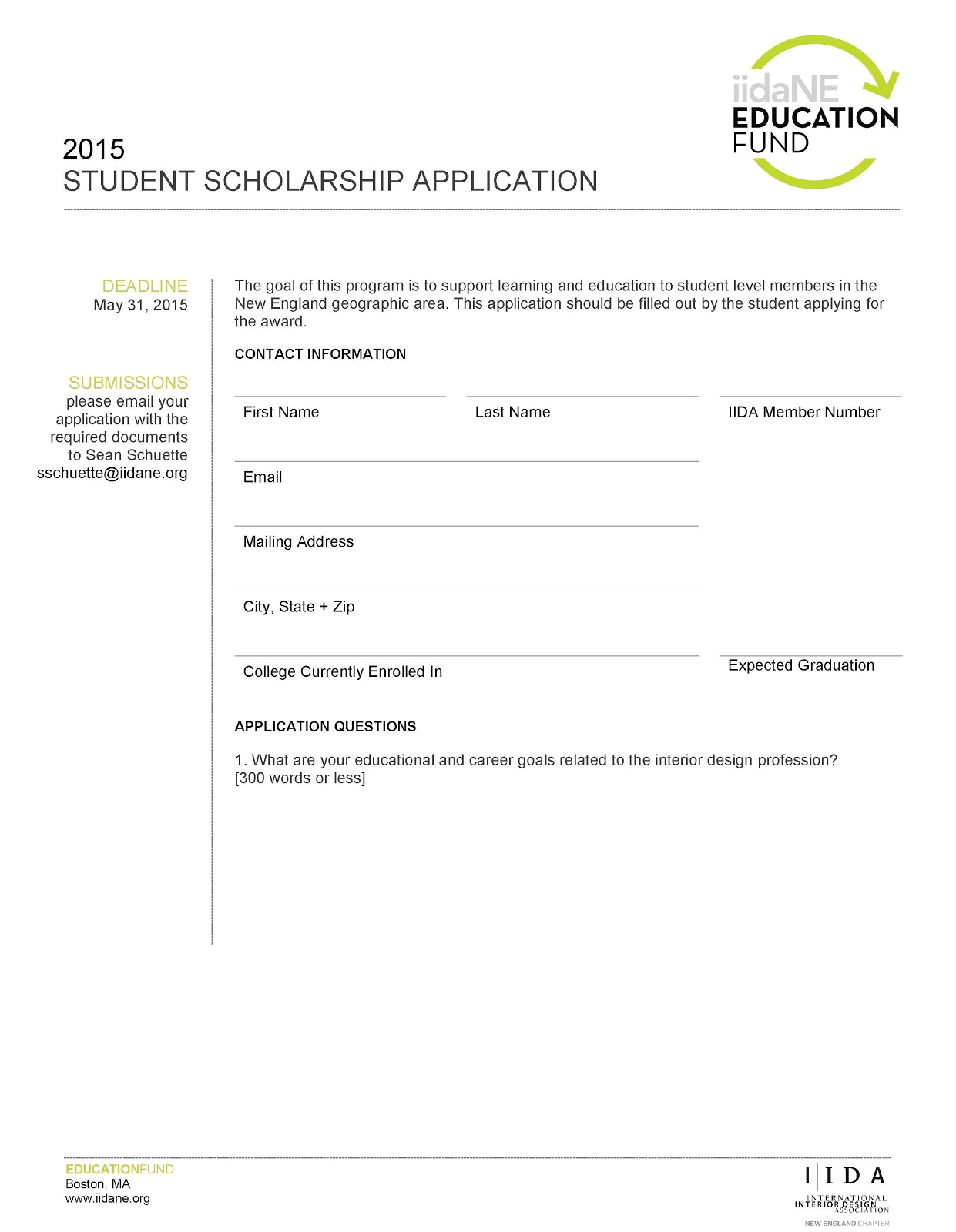 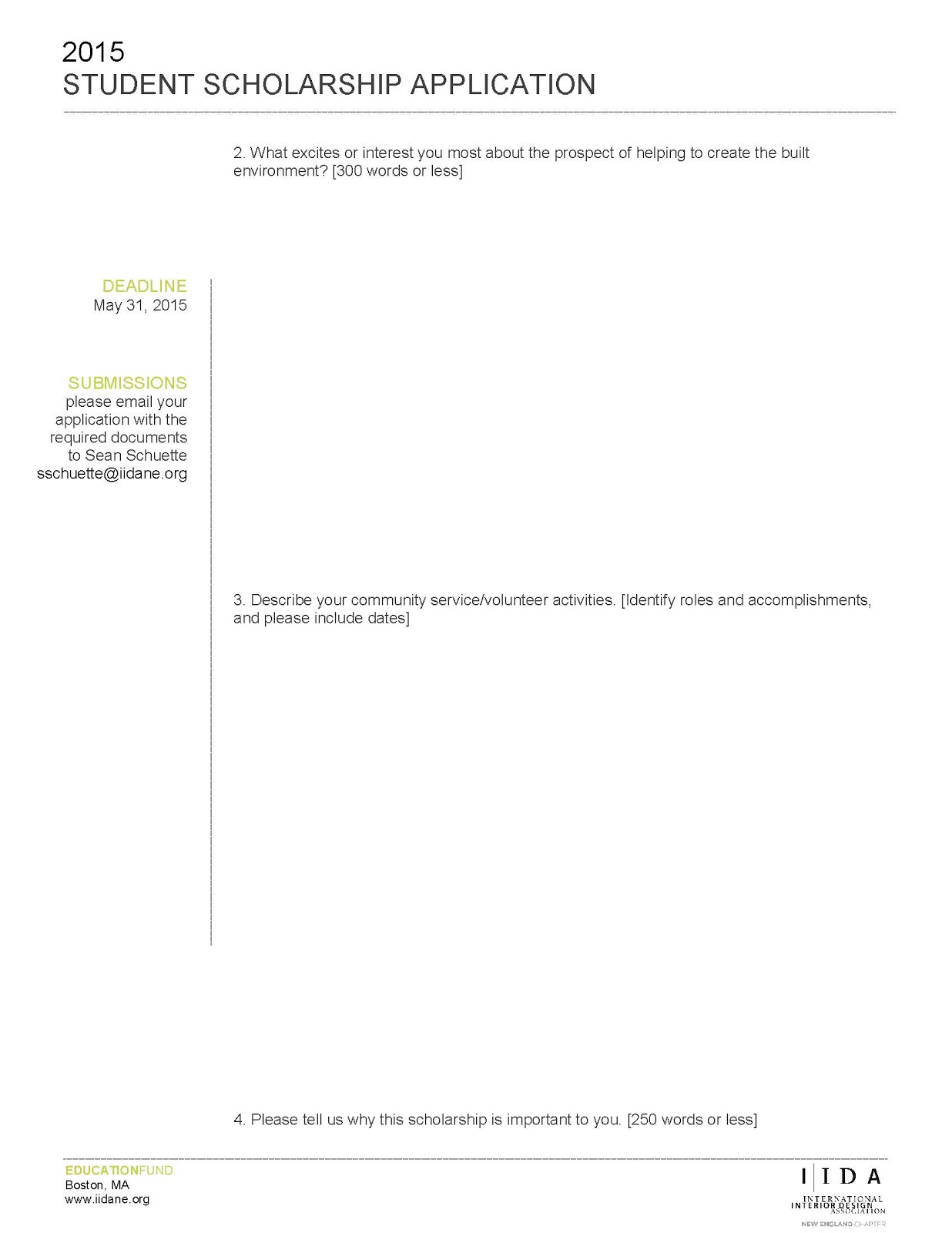 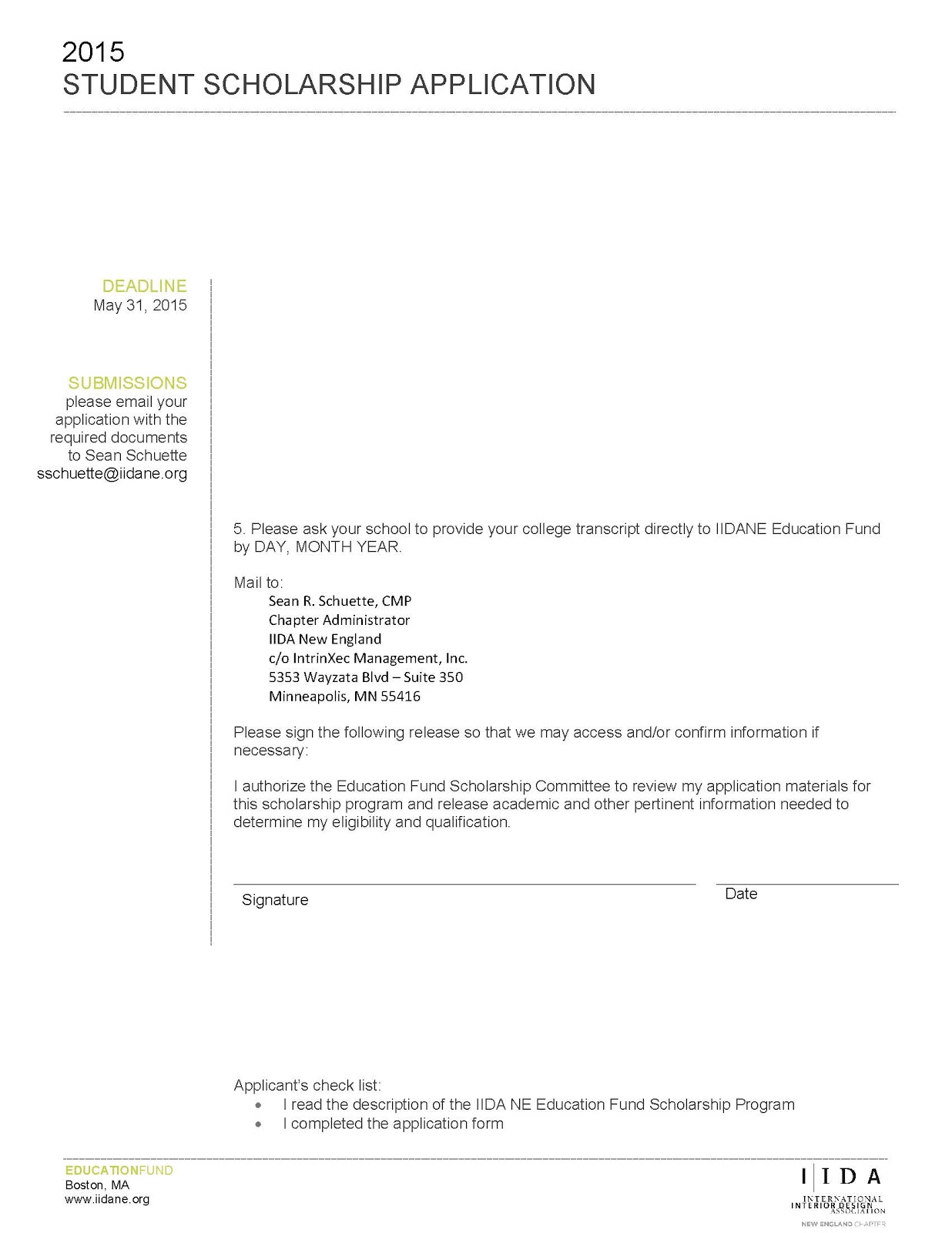 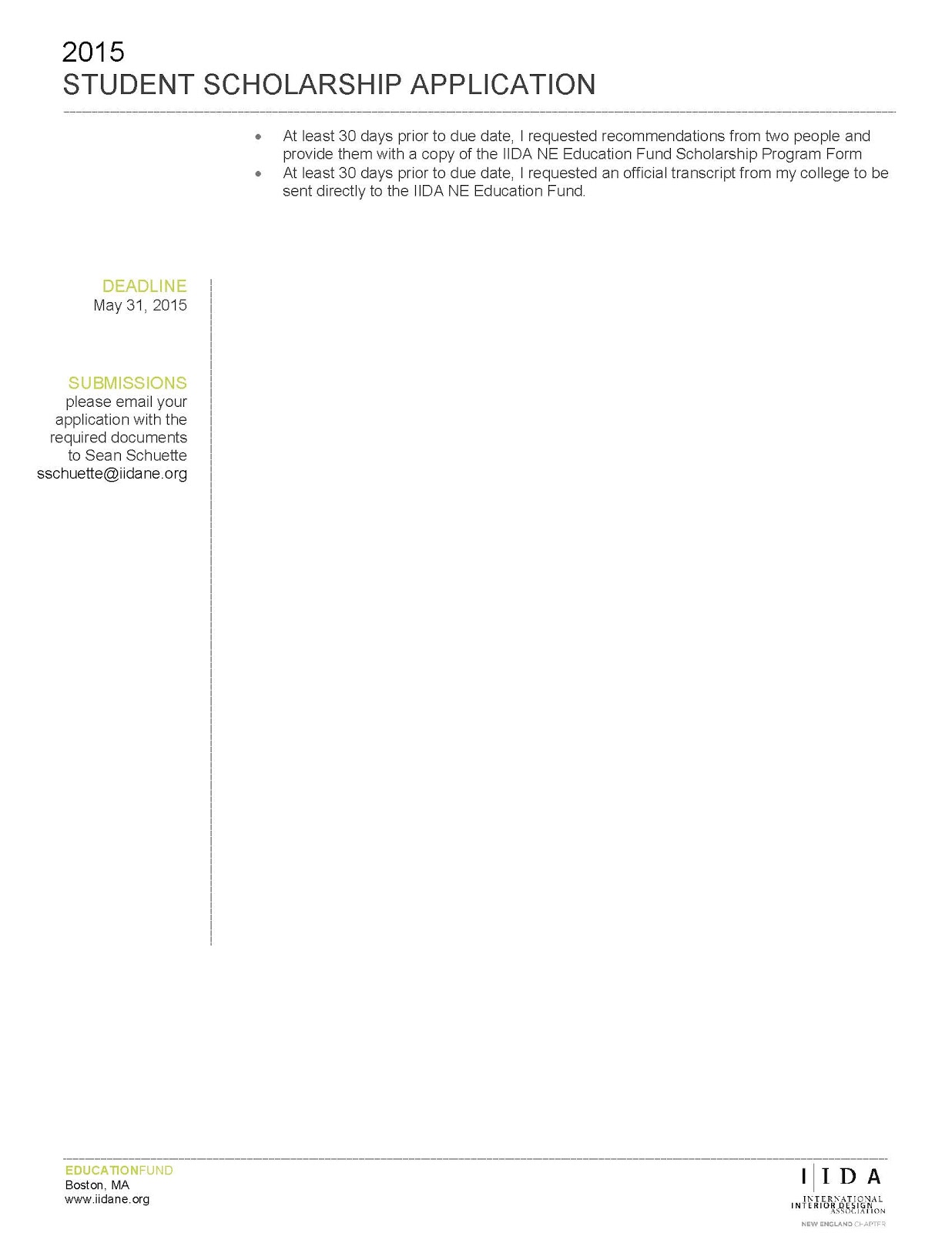 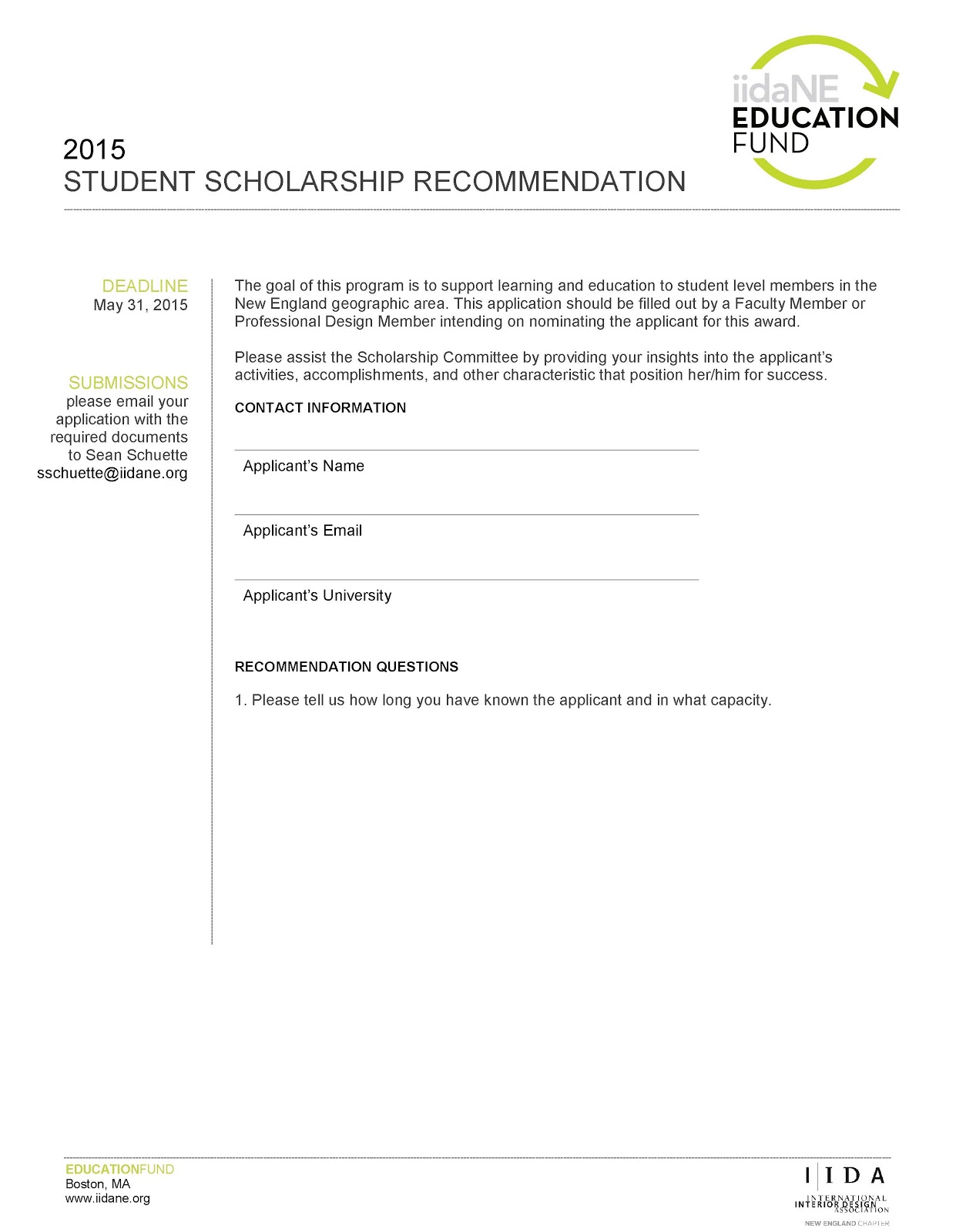 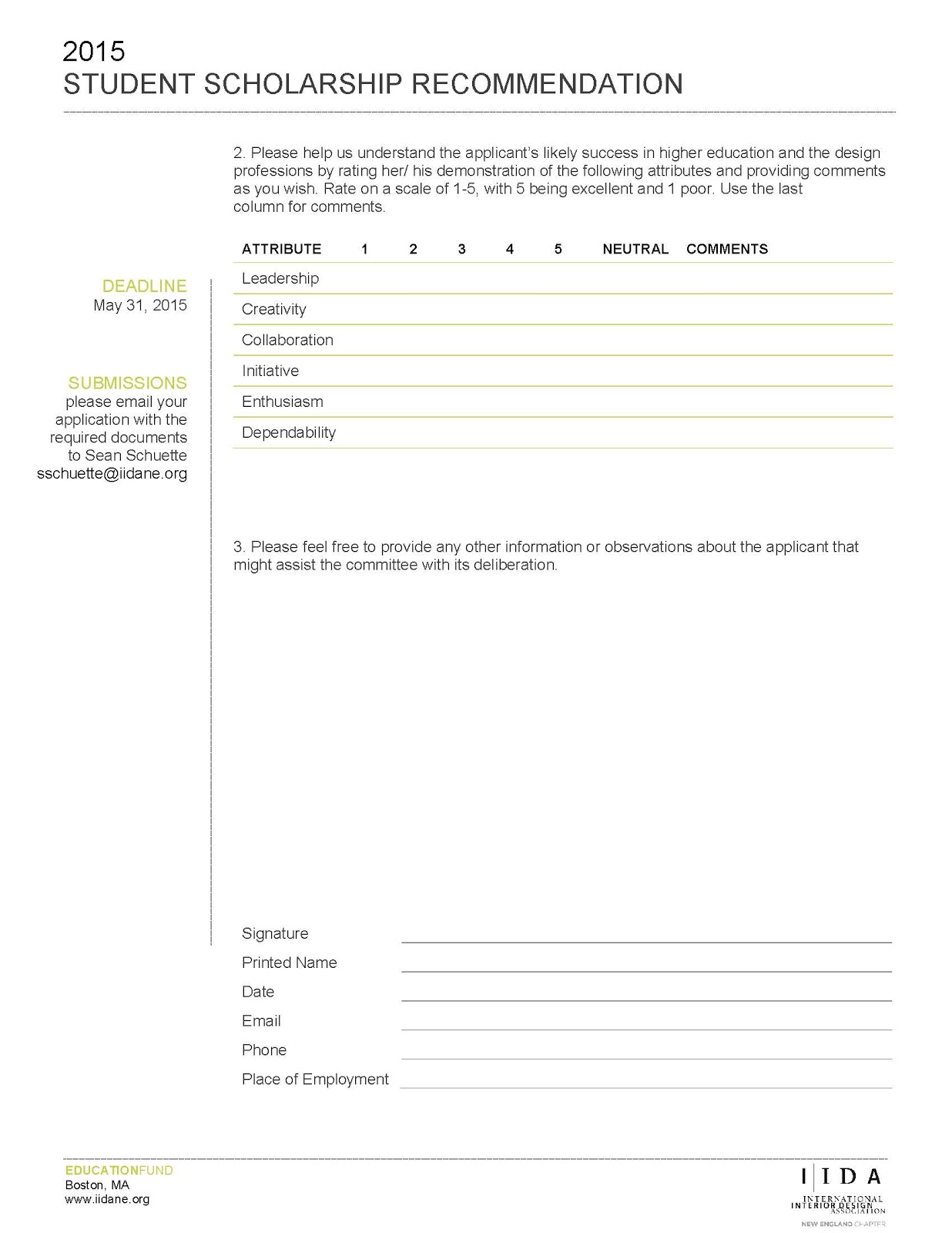