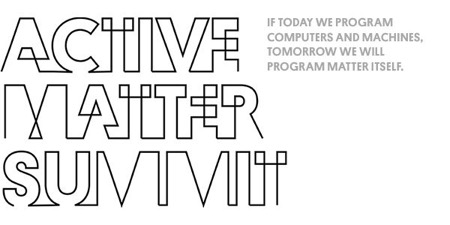 In recent decades, developments in software and hardware technologies have created dramatic shifts in design, manufacturing and research. Software technologies have facilitated automated process and new solutions for complex problems. Computation has also become a platform for creativity through generative art and design. New hardware platforms and digital fabrication technologies have similarly transformed manufacturing, offering more efficient production and mass customization. Such advances have helped catalyzed the maker-movement, democratizing design and maker culture. This influx of new capabilities to design, compute and fabricate like never before, has sparked a renewed interest in material performance. This conference is about the emerging field of active matter and programmable materials that bridges the worlds of art, science, engineering and design, demonstrating new perspectives for computation, transformation and dynamic material applications.

How does this shift influence materials research, and how does it shape the future of design, arts, and industrial applications? What tools and design processes do we need to advance, augment and invent new materials today? What are the key roles that industry, government, academic and public institutions can play in catalyzing the field of programmable materials? This two-day conference will consist of a range of talks and lively discussion from leading researchers in materials science, art & design, synthetic biology and soft-robotics along with leaders from government, public institutions and industry. 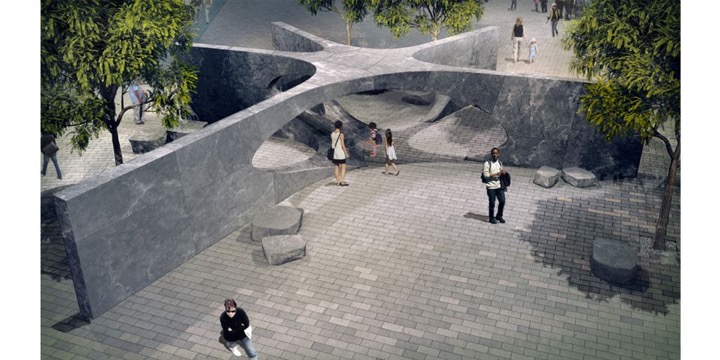 On April 29, 2015, MIT will dedicate the Collier Memorial to honor the life of MIT Police Officer Sean Collier. A lecture on 'the making of the collier memorial' will be made in advance of the public opening on April 27th. Over the last year, a team of faculty, students, and professionals collaborated on the design, engineering, and construction of the memorial. The Collier Memorial, designed by Professor Meejin Yoon and engineered in collaboration with Professor John Ochsendorf, is built from thirty-two solid granite blocks to form a five-way asymmetrical vault, achieving stability and strength through unity and the interaction of each part. The memorial symbolizes strength through community and combines historic stone setting techniques with contemporary robotic fabrication technologies. Please join us for a detailed journey through the design, engineering, creation, and construction of the memorial in advance of the public dedication. 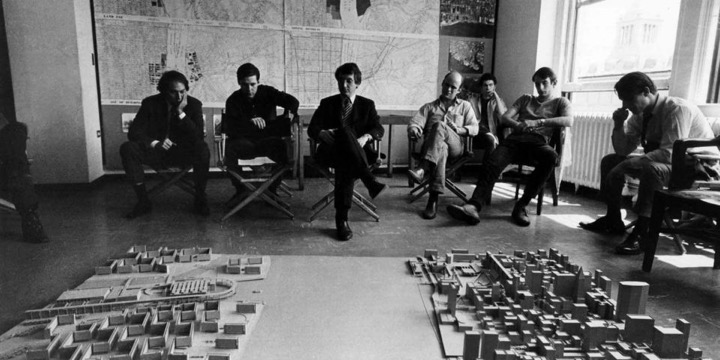 In 1964, a group of young architects got together to form CASE, the Conference of Architects for the Study of the Environment. Instigated by a young, recent doctorate from the University of Cambridge, Peter Eisenman, the group contained a swath of architectural intellects then newly stepping into American universities, many of whom would become formative institutional and intellectual forces in their own right: Kenneth Frampton, Michael Graves, Richard Meier, John Hejduk, Stanford Anderson, Hank Millon, and the older, redoubtable Colin Rowe. Their discussions included issues from pedagogy to practice, from the relevance of the discipline to the necessity of interdisciplinarity. They organized meetings and conferences at several east coast universities, and broadcast their work through an exhibition at MoMA and a teach-in at the University of Oregon. These events produced the impetus for later developments in the field, both in terms of collaborations and conflicts. The conflicts include Robert Venturi’s snub to the group, setting up the ground for the later “Whites and Grays” debate; the collaborations would find fruition in the formation of the Institute for Architecture and Urban Studies in New York and the Museum of Modern Art events leading to the publication of the New York Five. Less known are CASE’s interest in community engagement, their entanglements with the politics and counter-culture of the late 1960s, and their relationship to the formation of history curricula and doctoral programs within American schools of architecture.

Fifty years after the formation of the group, Stanford Anderson’s essay “CASE and MIT: Engagement,” included in the compendium titled A Second Modernism: MIT, Architecture and the 'Techno-Social' Moment (MIT, 2013), produced a rich memoir of the group’s meetings and discussions. Our conference Revisiting CASE follows up on this initial research to revisit the group’s discussions and conversations in the 1960s and early 1970s. Participants will include the original CASE members as well as noted scholars of the history of modern architecture in North America. In their initial meeting, Colin Rowe talked about the prospects of the group as best realized in a state of ‘productive disunity.’ Revisiting CASE will revisit this disunity through the key issues that sparked debate within the group—inspiring collegiality as well as discord. The conference positions these events as a key chapter in the evolution of contemporary architectural discourse.