In the BACkround :: A Trip to the Boston Athenaeum

Cracking the Spine: A Trip to the Boston Athenaeum
A series from Phil Reville, M. Arch Candidate

An athenaeum is defined, according to the Oxford English Dictionary, as an association of persons interested in scientific and literary pursuits, meeting for the purpose of mutual improvement; a literary or scientific club; or a building or institution in which books, periodicals, and newspapers are provided for use; a library. It is no wonder then that the actual word athenaeum itself is derived from the ancient Greek goddess of wisdom, Athena.  Founded in 1807 by the Anthology Club of Boston, the Boston Athenaeum is one of the oldest independent libraries in the United States, and an institution that seeks to propagate the pursuit of wisdom through books and art alike.  The Athenaeum’s mission is “to serve its members, the broader community, and scholars throughout the world by preserving and augmenting its collections of books and art, by providing library services and cultural programs, and by preserving and enhancing the unique atmosphere of its landmark building.” With over 1,000 current members and a long list of notable past members including several presidents and famous authors, the Boston Athenaeum is no secret - but there’s far more than meets the eye with this historic institution.  A recent tour through the space brought to life some of the history that these walls have lived, and also provided a chance to experience the workings of an institution that is truly an original Boston landmark. 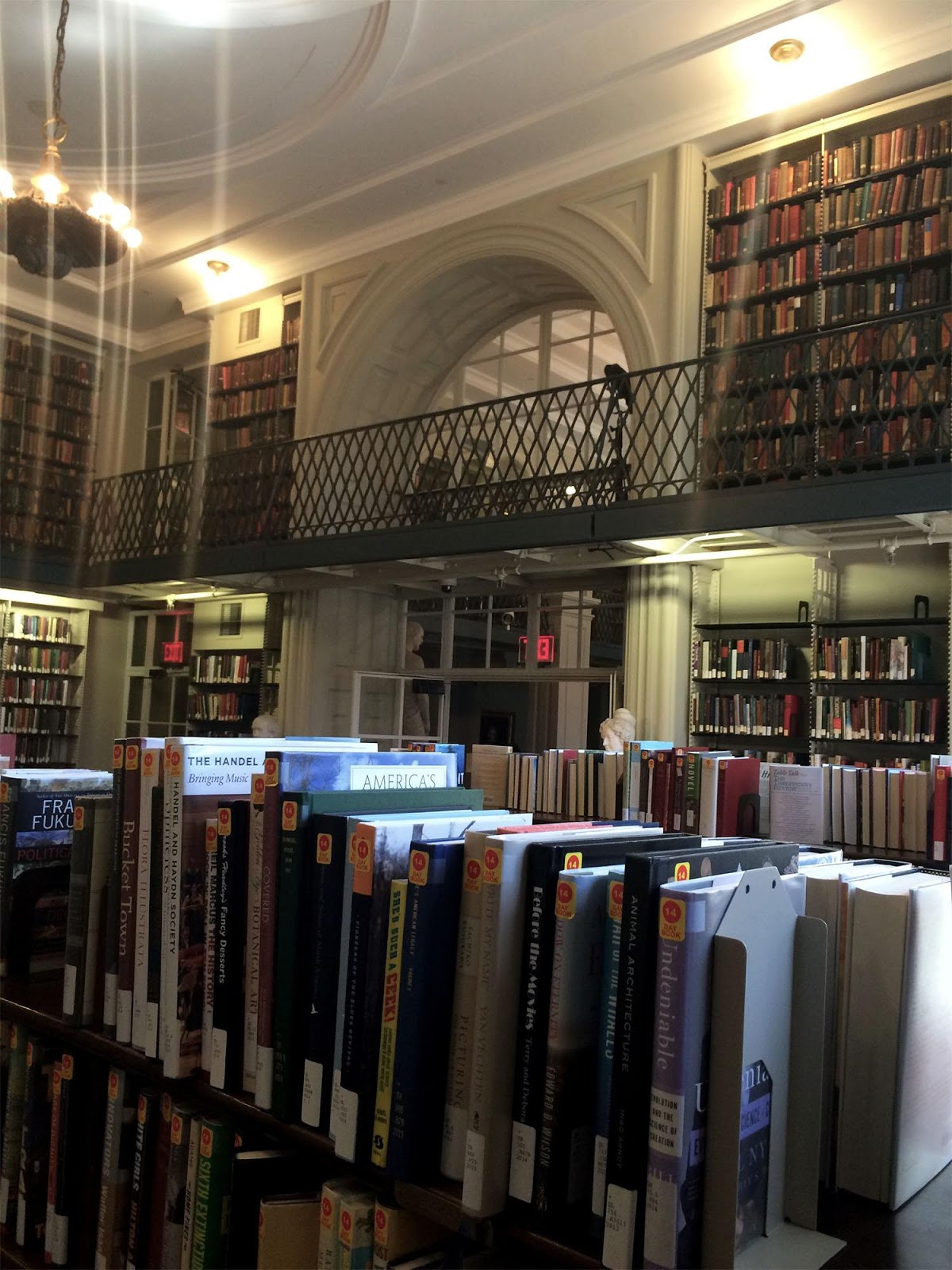 Hidden in the arc of Beacon Street past the corner of the Boston Common that meets the State Capitol Building, the Athenaeum at first presents itself as a wide 3-story Palladian structure nestled among much taller brick buildings.  In actuality, the Athenaeum is 10 stories high. Originally based out of a small house adjacent to the King’s Chapel Burying Ground, and later a mansion on Pearl Street, the Athenaeum did not move to 10 ½ Beacon Street, its current home, until 1849.  The architect of 10 ½ Beacon Street, Edward Clarke Cabot, designed the large sandstone structure to appear only 3 stories in height, but made each story roughly 20’ high to accommodate tiered gallery walkways on each floor.  These walkways are all made with wrought iron and floored with fogged tempered glass in order to allow for the filtering of natural light.  Furthermore, all of the shelves throughout the building are made of the same wrought iron as the banisters of the galleries, and laid out with an ingenious notching system. 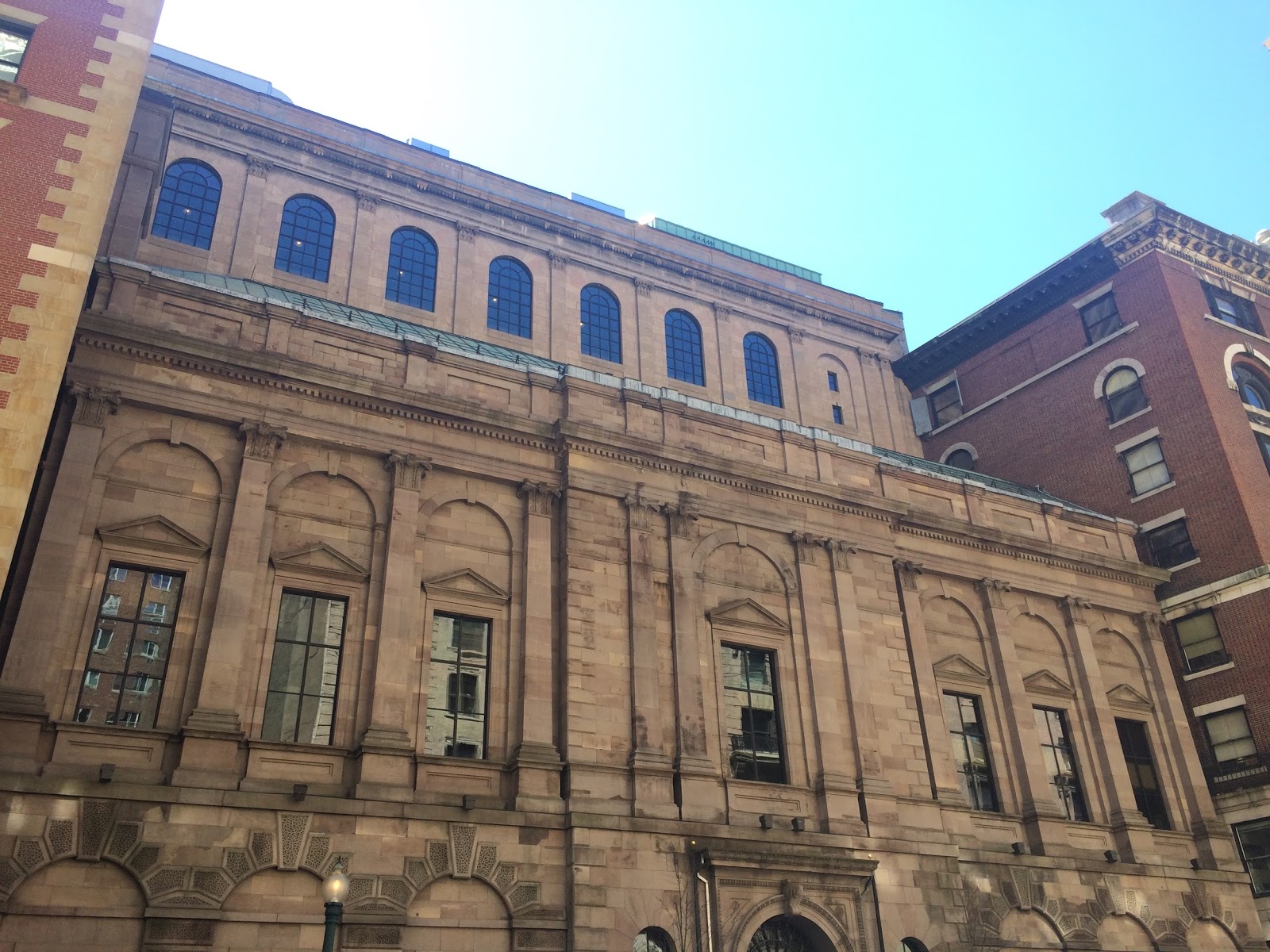 When the time came to expand the building in 1913, architectural firm Bigelow and Wadsworth designed the fourth and fifth floor set back from the front of the existing structure so as not to disrupt the original facade. This addition added four actual floors to the already six, and included the design for the fifth floor reading room, a stunning light-filled room with a beautiful barrel-vaulted coffered ceiling overlooking downtown Boston.  The renovation also included the addition of 11 floors of shelving in the section known as the “drum” located at the easternmost end of the Athenaeum.  The drum is a semi-circular space that stretches from the basement to the 3rd floor and contains a continual catalog of thousands of books.  Today, the Athenaeum has a collection of over half a million volumes as well as an art collection of 100,000 paintings, sculptures, prints, drawings, and photographs. Included in this collection is original work by John James Audubon, John Singer Sargent, and Francisco de Goya.  Many of the artworks of the Athenaeum are actually housed or on loan at the Museum of Fine Arts, an institution that traces its own roots back to members of the Athenaeum.

Throughout the rest of the Athenaeum are extensive digital collections, a computer lab, a vast and well-protected rare books collection, archives, hundreds of sculptures and various artworks, and a robust conservation laboratory.  Everywhere you turn there is something to discover within the thick walls of the Athenaeum, from the original working model of the George Washington statue that sits at the entrance to the Boston Public Garden, to books checked out by the likes of Ralph Waldo Emerson and John F Kennedy.  The history is certainly still alive and well throughout the building. 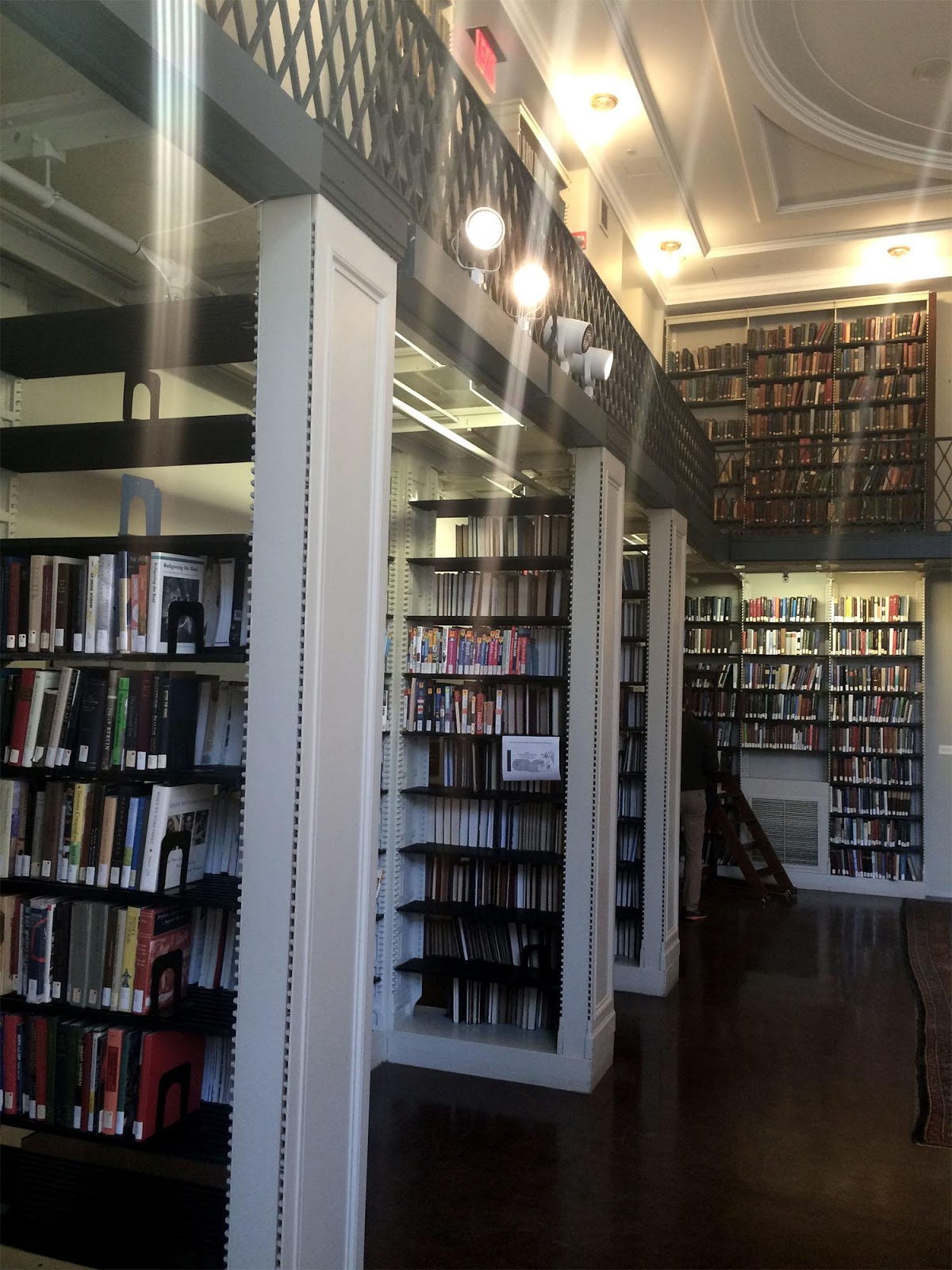 With the most recent renovation of 2002 including an overhaul of the climate control system and the adjoining of the first few floors of the neighboring building to create more space for books and a new gallery space, the Athenaeum is to this day continuing to grow and expand.  The tour provided insight into far more than what I was able to see, and I didn’t even pick up a single book.  While the first floor is the only floor open to the public, the Athenaeum offers guided Arts & Architecture Tours on Tuesdays and Thursdays at 3:00 PM.  Membership is available to young patrons for $200/year - something worth considering to be apart of one of Boston’s oldest institutions, and to have access to one of the greatest collections of books and artworks in the country.  Take an afternoon to take the tour, and take in the view… 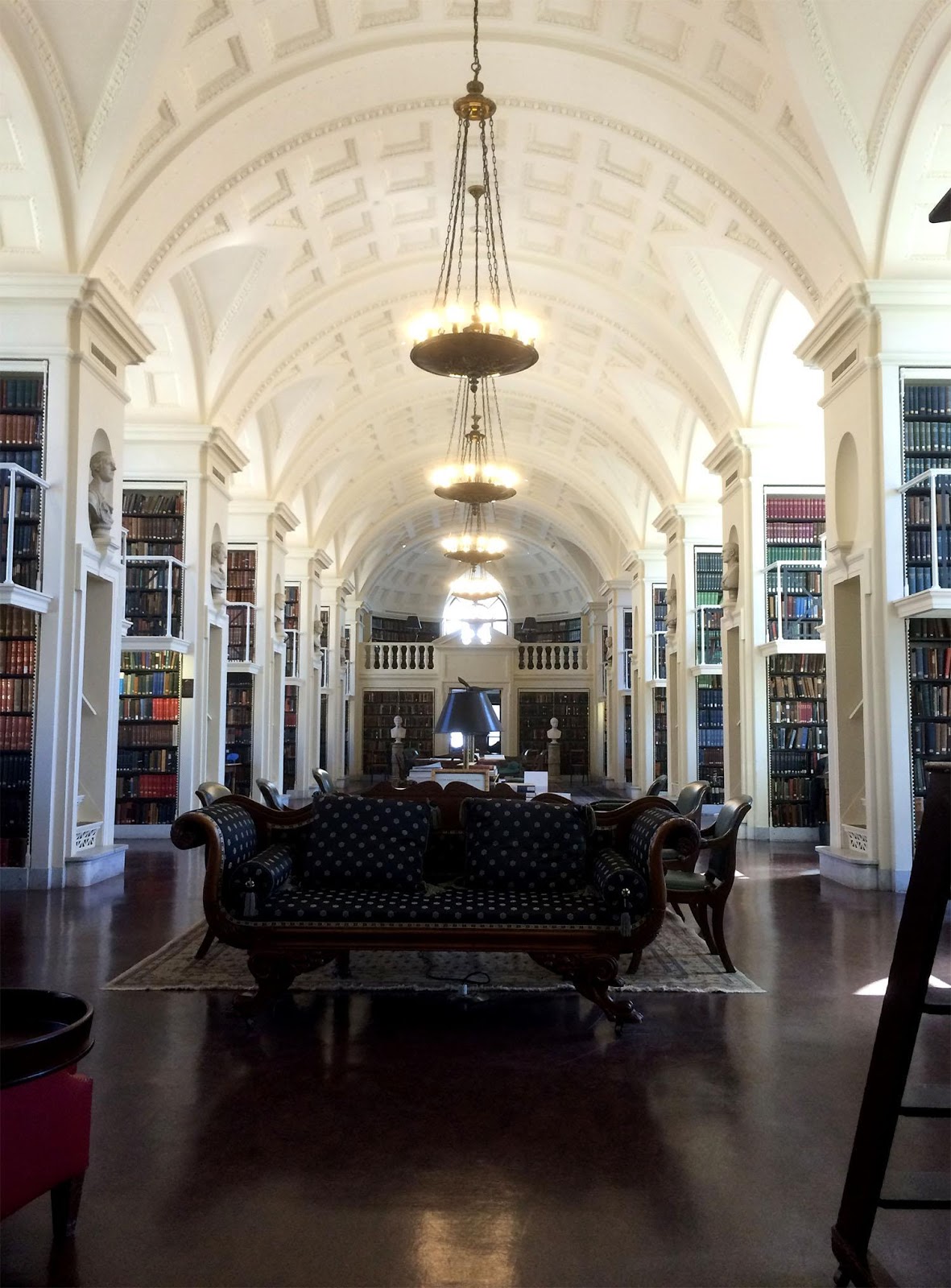