The Boston Architectural College invites the community to join us for Growing Objects, a public lecture by Jessica Rosenkrantz and Jesse Louis-Rosenberg of Nervous System on Wednesday, October 7, 2015 at 6 pm in Cascieri Hall.

Jessica and Jesse will discuss Nervous System's unique approach to product design through generative techniques, 3d-printing and interactivity. Along the way, they will take several detours into the realms of natural pattern formation, simulation, and biology. The talk will focus on some of Nervous System's latest projects including a 4D printing technique that creates complex, foldable forms for 3D printing and an exploration into the morphogenesis of plants. 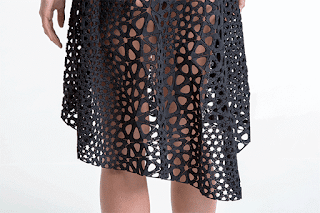 Nervous System was founded in 2007 by Jessica Rosenkrantz and Jesse Louis-Rosenberg. Jessica currently acts as Creative Director and Jesse as Chief Science Officer. Together they lead a team of four. 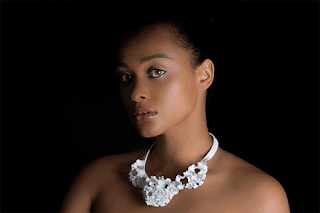 Jessica Rosenkrantz graduated from MIT in 2005 and holds degrees in Architecture and Biology. Afterwards, she studied architecture at the Harvard Graduate School of Design. Jesse Louis-Rosenberg also attended MIT, majoring in Mathematics. He previously worked as a consultant for Gehry Technologies in building modeling and design automation.

Their studio is located in Somerville, Massachusetts. 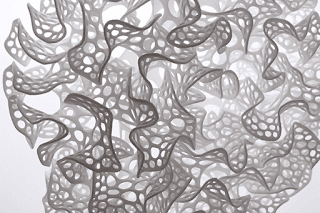 This lecture is in conjunction with our Engaged Body exhibition, now on display in McCormick Gallery.