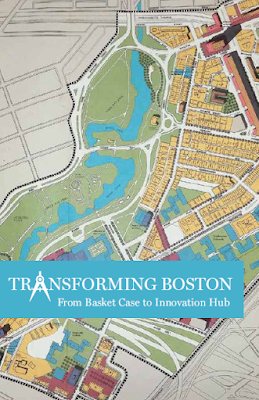 At the end of WWII, Boston faced a dreary economic climate. In response to the drab financial forecast, planners and politicians began to assemble the tools necessary to chart the city’s development which led to the creation of the Boston Redevelopment Authority (BRA). The broad powers granted to the BRA created one of the most powerful planning agencies in the country. It soon became a crucible for national urban policy. Though the period was economically difficult for many—early plans displaced neighborhoods and created an organized and skeptical population—Boston became the center of some of the most creative planning and architecture in the country.

We are grateful to our underwriter The Architectural Heritage Foundation (AHF) and our contributors The Rappaport Institute for Greater Boston and The Boston Area Research Initiative (BARI) for helping to make these programs possible.