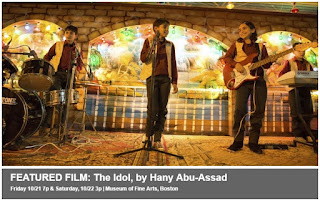 The festival features compelling and thought-provoking films, including documentaries, features, rare early works, video art pieces, and new films by emerging artists and youth. These works from directors around the world offer refreshingly honest, self-described, and independent views of Palestine and its history, culture, and geographically dispersed society.

Each year, guest filmmakers from various countries and expert commentators add contextual depth to the films. BPFF also offers ancillary cultural programming including concerts by Palestinian musicians and art exhibits by or about Palestinians.

This initiative is an ongoing program of smaller cultural events, talks, and screenings held throughout the year. In this way, the festival seeks to engage local audiences and sustain Palestinian arts and culture in the city throughout the year, in addition to collaborating with other such festivals in the US and worldwide.

The Boston Palestine Film Festival is a program of the Middle East Charitable and Cultural Society Inc., a 501(c)(3) organization.