June 10, 2019
In celebration of Pride Month, every week the OSL will highlight a different person that has shaped the LGBTQ+ Community and has been an icon for so many to follow. This week we remember Marsh P. Johnson (1945-1992). 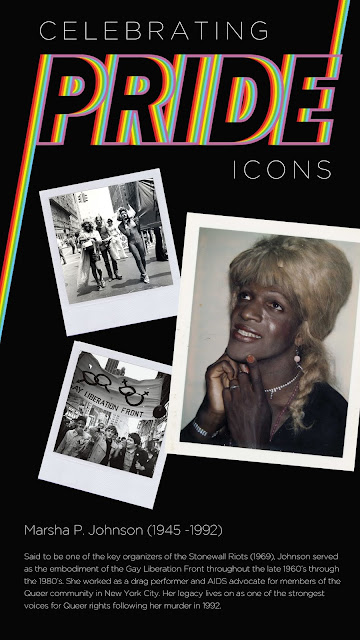 Said to be one of the key organizers of the Stonewall Riots (1969), Johnson served as the embodiment of the Gay Liberation Front through the late 1960's through the 1980's. She worked as a drag performer and AIDS advocate for members of the Queer community in New York City. He legacy lives on as one of the strongest voices for Queer right following her murder in 1992.